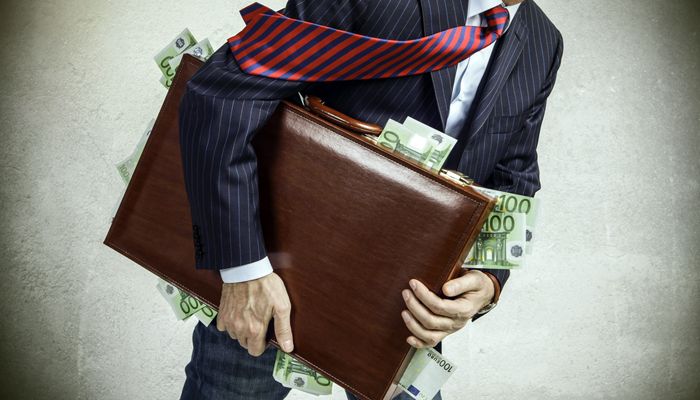 Take the money and run from Shutterstock.com
Apr 06 2016 by John Blakey Print This Article

“After all this country has been through, how can he possibly pretend to lead Iceland’s resurrection from the financial crisis? He should go”. Those were the words of one of the 10,000-odd protestors who gathered outside the parliament building in Reykjavik earlier this week to demand the resignation of Sigmundur Gunnlaugsson, Iceland’s embattled prime minister, whose family’s offshore financial dealings had been revealed in the Panama Papers leak.

“These people, they say they’ve learned the lessons from what happened to us in 2008, but they’re still just hiding our money,” another protestor said. “People just feel humiliated and very, very angry. After what happened to this country in 2008 we needed honesty, transparency and integrity from our leaders,” said a third.

So as the fallout from the Panama Papers leak continue to gather pace, what do these events tell us about the current status of trust in leadership?

It is now eight years since the global financial crisis. In many ways it feels like a long time ago. 2008 was the same year that Fidel Castro resigned as President of Cuba, Michael Phelps won his eighth gold medal at the Beijing Olympics and Barack Obama became president of the United States. Yet the emotions stirred by the global financial crisis remain close to the surface and are easily re-awakened by any perceived lapse in trustworthiness on behalf of politicians and business leaders alike.

These sentiments of anger, disappointment and scepticism run deep, like a river of lava underneath the fabric of our societies waiting to erupt at the slightest provocation. The global financial crisis was no ‘business as usual’ experience. It was a seismic shift that has forever rearranged the tectonic plates of trust and trustworthiness and it now takes very little to trigger an outpouring of popular anger.

2. The bar on trust continues to rise

Whilst the global financial crisis accelerated the reframing of trustworthy leadership behaviour, this trend was already in motion due to the shifting expectations of leadership that have been heralded by the Gen X and Gen Y workforce.

For the baby-boomer generation, it is largely inconceivable why someone like Sigmundur Gunnlaugsson should resign as a result of his wife’s offshore company investment. “After all,” they say, “he has done nothing illegal, no parliamentary disclosure rules appear to have been broken and what he and his wife do with their money is their own business. They deserve some privacy and some respect.”

In response the outraged Gen Y protagonists say, “It’s not about whether he is a criminal, it is about whether he is role-modelling the ethics and standards that we expect from leaders who are enjoying a privileged lifestyle and making decisions about our welfare and interests. What he does in his personal life is just as relevant as what he does in his professional role. We expose our lives on social media on a daily basis and we expect him to do the same.”

There has always been this difference of perspective, but what the events of the past week confirm is that the balance of power is shifting. It is the responsibility of all leaders, whether in politics or business, to anticipate this shift and get ahead of the trust curve, otherwise they too will lose their license to lead.

3. Authority is no longer trusted

According to market research company Ipsos MORI, only 29% of the public believe that the people in charge know best and this percentage is dropping with each successive generation.

This is a fundamental shift because it reveals that it was only deference to authority that was holding the old model together. If we had authority then people trusted us because really they had no choice. Yet mistakenly, we then started to equate authority with trust. Those in authority grew lazy in their trust-building skills, because enough people were still giving them the benefit of the doubt. The Ipsos MORI statistics show this strategy will no longer work. There is no ‘benefit of the doubt’ left. There is just a yawning scepticism.

One of the CEOs I interviewed as part of my research on trust captured this neatly when he talked about politicians fiddling their expenses. “The sums involved might not be huge and there might be reasons why it happened but the real issue is that the public say, ‘well, if they fiddle their expenses then what else are they fiddling?’”

Using authority as a surrogate for trust is now a busted flush.

4. Transparency is the red pill

And, of course, none of the above would have happened without the red pill of transparency. In the cult film, The Matrix, our hero, Neo, is confronted with a choice by his leadership mentor, Morpheus. He can choose either the blue pill or the red pill.

Morpheus gives Neo the following advice. “This is your last chance… You take the blue pill - the story ends, you wake up in your bed and believe whatever you want to believe. You take the red pill - you stay in Wonderland and I show you how deep the rabbit hole goes.”

The red pill / blue pill choice is a parable about seeking the greater truth in a situation and challenging your existing belief systems. Like Edward Snowden before him, the anonymous individual who leaked the Panama Papers clearly decided to take the red pill.

In this globalised, technology-enabled world where nothing can be hidden, it seems more and more of us are willing to do the same. Transparency has changed the game of leadership; it will necessitate leaders taking their trust-building skills to a completely new level. For many, like Sigmundur Gunnlaugsson, it will prove a bitter pill to swallow.

A formula for trust

What's the balance of your Trust Bank?