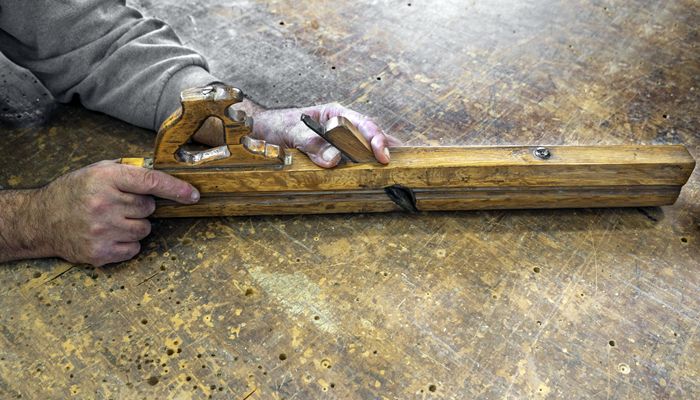 Every leader - explicitly or implicitly - has a theory that serves as a framework for how they lead. For some leaders that framework may be military strategy. For others it may be competitive sports or technology. But for some it comes from the work of craft. Craftwork is neither whimsical nor abstract. It is the primary force of our natural innate vocation announcing itself.

Craft is regenerative. Where many resources in our organization, including policies strategies and programs, may be exhausted through use, craftworkers are constantly renewed through their craft. And anything can be a craft. When they write a poem, they want to write another poem. When they write a book, they want to write another book. They love what they do, and they need to do what they love.

For craftworkers, their work is a gift and a calling. And are we’re all aware, whatever we feel called to do replenishes our desire to do more. So leaders who learn through craft may be called regenerative leaders. By that I mean they are leaders who are committed to creating something new, something that did not exist even a moment before.

If this is true, what can we learn about regenerative leadership through the practice of craft? Here is one possibility. In future pieces I will describe other possibilities.

By that I mean that in the work of craft there exists a constant and immediate feedback loop between the craftsperson and the work itself. Just as the craftsperson is transforming the work, they themselves are being transformed by the work.

As a pianist, I discovered at an early age that there were be moments when I had the sensation that I was not only playing the piano, it was being played by the piano. In those moments, the music would flow as if by magic. I experienced these as moments of ‘self forgetfulness’, what the German Poet Rainer Maria Rilke described as, “the terror and exhilaration of one moment’s surrender. Not caution, but a wise blindness.”

When we are’ blind’ to, and therefore no longer subject to, the excesses of our vigilant and critical mind, what comes alive in their place is the wisdom of the hand working in close interaction with the materials themselves. Craft enters the body. The stone mason follows the wisdom of the stone; the artist follows the leadings of the first brush on canvas. And in this act of forgetting there is also the corresponding act of remembering as the materials come alive in the craftsperson’s hand.

What contributes most the aliveness of this interaction is not knowledge or skill, or even talent or technique. It is the act of attention. As Henry David Thoreau noted, “noticing is the art of all arts.”

Yet most of us live in a busy world of continuous partial attention. Our ability to notice our world is compromised as we struggle to process competing images that demand our attention.

Psychologists suggest that ‘a wandering mind is an unhappy mind’. They have also found that people spend almost half their time not playing attention to what they are doing. So craft is not only a skill, it is an attitude. Most importantly, it is also a discipline in paying attention.

Recently I recorded an eighty minute music CD of solo piano compositions. Each composition was partially improvised. And I did it with a recording engineer who is also a very skilled sound editor. But we only had three minor edits, even in compositions that were over ten minutes in length. How did we do that? “You paid attention,” my recording engineer told me. “From where I was sitting I could see that you sustained a very high level of concentration, you were engaged and you enjoyed what you were doing.”

This is the gift of craft. When we love what we do, when we are happy, when we are curious, then we are engaged. And together these contribute to educating an attentive mind.

So how can we become regenerative leaders and see our work as craft in everything we do? Again, the secret is to be attentive. Whenever we suspend our plans in response to what the moment is calling for, we are practicing being attentive. So regenerative leadership does not necessarily impose an order. As in the work of craft, it follows the trajectory of a moment’s own timing and unfolding, one that is natural and organic, making visible in its progress an invisible order that already exists.

Several years ago, a small group of us facilitated four meetings with successful leaders at the conference centre of the Fetzer Institute. The venue is tucked into the side of a hill near Kalamazoo, Michigan, and built of limestone and huge timbers, native Michigan materials. The vast window that opened out into the woods carried its own messages about being attentive to the nature of things around us. In autumn and spring, through brilliant sunshine and surprise thunderstorms, we gathered in circles, large and small, to share stories and insights about transformation, leadership and change.

In another setting or time, we might have expected that these meetings would have had a singularly academic framing. The invited participants would present their theories, and we would listen objectively and observe. But somehow the setting, the structure of the conversations, the tone setting of music, poetry and the fresh thinking and stories of so many who joined us grounded our experience and made them more like an informal retreat. As we listened, we also joined in; as the participants were being transformed by the experience, so were we, as the facilitators also being transformed by the process.

Each place, and each piece of material, calls out something unique in us, something that could not exist in any other time or place. To be willing to accept our vulnerability and not-knowing, and to be touched by what we are seeing and hearing, are the first steps in the apprenticeship to any craft. When we hear this we will also have heard our own call to vocation announcing itself.

The music of leadership