Are women's leadership assumptions holding them back? 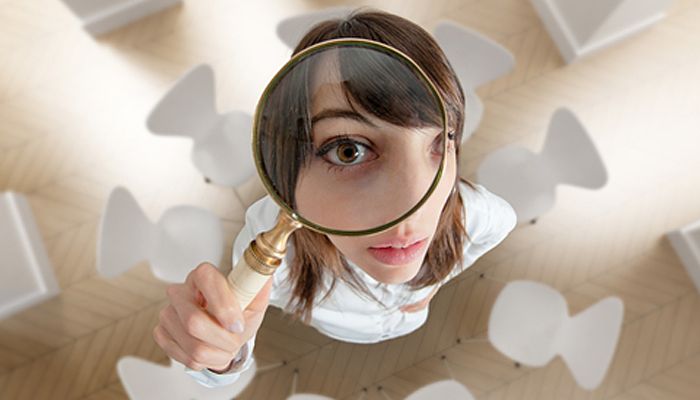 Aerial view of a young woman looking above through a magnifying glass from Shutterstock.com
Mar 24 2016 by Xiaowei Rose Luo Print This Article

There has been a lot of discussion about the stereotypes contributing to the lack of women in the c-suite. But one of the biggest obstacles could be their own assumptions on what path they’re supposed to take.

While much has been written about the stereotypes propping up the glass ceiling, most gender difference research has focused upon the assumptions made about women by organisations and their (predominantly male) leaders.

What is less acknowledged is the limiting assumptions women place on themselves. Research suggests that when all leadership contexts are considered, men and women do not differ in perceived leadership effectiveness. In fact, in some contexts women are rated as significantly more effective than men. However when it comes to self-assessment, men rate themselves as significantly more effective than women do.

One of the greatest hindrances is women’s assumptions that they have to make choices and follow a specific career route if they are to take on senior leadership roles. The idea they must choose between a family or a career seems to be the biggest obstacle.

When men enter the workforce with the goal of leadership, they take a very rigid and linear path. They make their way up the career ladder systematically, ensuring they meet the right people, take the right jobs (positions like COO), complete the right MBA and forge the right networks. Women on the other hand often expect their career to be temporarily interrupted at intervals by other life objectives or obligations; this might be motherhood, a husband’s career, or family commitments to children or aging parents. There is the assumption that hiatuses will limit their leadership potential and their work would be more effective and senior positions easier to come by if their career is cumulative and uninterrupted.

The reality is, if handled well, interruptions can be turned into strengths. Take Steve Jobs. His dismissal by the Apple board was a huge interruption. But he took the opportunity to set up a smaller company and diversify into the entertainment industry. When he returned to Apple his outside experience helped him make an even greater contribution to Apple’s success.

While not all interruptions are good, they can encourage flexibility and diversity that can enhance a woman’s value in an organsiation. Thus for women to stop investing in themselves - taking courses or pushing for advancement - on the belief that a planned break in their career will knock them out of the market, is wrong.

Long hours do not equate to productive leaders

Another widespread assumption is that a woman with family obligations will not have the time to meet senior leadership obligations. In this case the reality is that, when it comes to decision-making, quality matters more than the amount of time spent sitting behind a desk.

Companies are increasingly recognising that women can be extremely valuable in decision-making roles as they bring with them a different set of experiences, perspectives and new market insights. In fact a 2011 study on workplace flexibility and family friendly policies suggests that increased flexibility correlates positively with job engagement, job satisfaction, employee retention, and employee health. There are many organisations and government departments which now acknowledge that good family policies attract better talent, which in turn raises productivity.

Of course not every company thinks like this. There are still companies which demand employees put in the hours regardless of how productive they are, or which value “face time” more than contribution. However, women shouldn’t assume they need to reign in their aspirations or that because they have less time they are less valuable. Instead they should act strategically and look for organisations with a corporate culture that recognises the need for work/life balance and has, or is creating, an environment that will match and respect an individual’s needs.

Closely tied to this is the assumption that it is a woman’s role to meet the needs of the family. Conventionally, and this is more predominant in some cultures than others, women are expected to be primary childcare providers - either looking after the children themselves or organising their care. This misconception disregards the importance of men taking on equal responsibility in a family.

Aspirations and values of women leaders

A third assumption holding women back is the assumption of their value. By perpetuating the concept that women and girls’ value lies in their youth, beauty and sexuality, mainstream media and culture is contributing to the under-representation of women in senior leadership positions. When women assume that they are valued for a specific thing, it is likely they will work to enhance or at least keep that advantage.

During a recent International Women’s Day seminar in Abu Dhabi one speaker, a doctor of genetics, noted that women in the Middle East were particularly valued for their outward beauty, and that much effort was spent maintaining their image, looking after their appearance and making sure they had the right handbag or shoes. This is energy that could otherwise have been focused on gaining knowledge or training to enhance their leadership potential.

The assumptions - often false assumptions - women have about themselves and what is required of them to become a leader, directly affects their aspirations and goals. Of course there are additional factors that keep women out of senior leadership roles, including organisations and their male leaders failing to buy into the business case for Integrated Leadership (gender balanced teams) and men’s lack of awareness about the significant role women play.

Shedding the shackles of self-limitation

But it is worth remembering, diversity, sensitivity and an ability to take a holistic approach are considered both feminine attributes and necessary qualities to becoming a successful global leader. The first step often requires women to adjust their mindsets, shed their limiting beliefs and maintain openness to the idea that many of their experiences have prepared them well to be leaders.

Xiaowei Rose Luo is Associate Professor of Entrepreneurship and Family Enterprise at INSEAD and holds a Ph.D. in sociology with a focus on organizational studies from Stanford University. Her research focuses on how the unique conditions in emerging economies affect corporate strategies and performance, particularly in family firms.

Confidence boosters for women in business

What holds women back?

Women held back in the workplace at all levels

Why women are doomed to failure