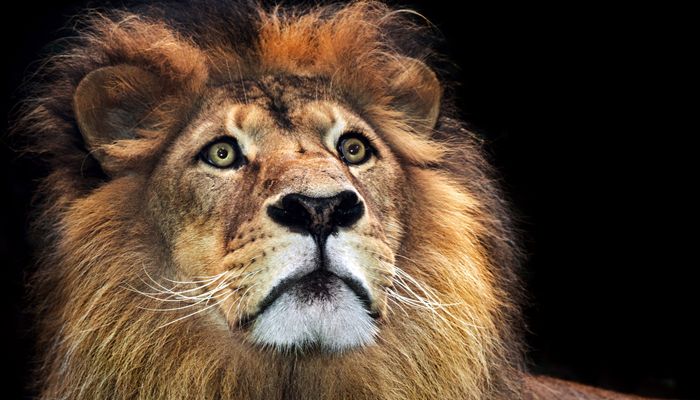 Portrait of a male lion from Shutterstock.com
Mar 14 2016 by Manfred Kets De Vries Print This Article

Jeff Bezos, the Chairman and CEO of Amazon, is hailed as one of the most prominent captains of industry. Known for his charisma, business prowess, and bold, innovative ideas, Bezos’ pursuits are driven by tenacity and an urgent sense of mission. For many, his professional trajectory and key role in the growth of e-commerce is inspirational. But Amazon employees have discovered another side to this dynamic leader.

Working for Bezos is quite a challenge. He is a typical alpha male: hard-headed, task-oriented and extremely opinionated. He is known to get very upset when things do not go his way, and living up to his excessively high standards can feel like a mission impossible.

The more pressure Bezos feels to perform, the more his leadership style transforms from being constructive and challenging to intimidating and even abusive. He is known for outbursts of anger when things don’t go his way - a consequence of his total commitment to customer service - and for making demoralising statements like, “Why are you wasting my life?”, “I’m sorry, did I take my stupid pills today?” or “This document was clearly written by the B team. Can someone get me the A team document?”

In his dynamic, metrics-driven corporate culture, there is little time for soft talk. He is even known to walk away from meetings if people do not get to the point quickly. Faced with this alpha male behaviour, people who work for him do so in constant fear. While this Darwinian-like, performance-based culture reaps benefits for Amazon’s customers, it comes at the price of a devalued and demoralised workforce.

Leader of the pack?

Although there are many successful female leaders, in general, they tend to be not as intimidating and abrasive as the typical alpha, who is generally male. In fact the term ‘alpha male’ derives from the animal world, where the alphas are among the highest ranked individuals within a given group. They are the ones in the community from whom the others get their cues; who are in charge; and who have priority with respect to food and mating. If we take bands of gorillas as an example, any challenge to the alpha silverback - either directly or indirectly - is regarded as an unacceptable threat, to be dealt with decisively and savagely.

Similarly in the Homo sapien’s world, alphas are only happy when they are in charge. Generally, they are autocratic, intensely competitive, and very results-oriented achievers who insist on top performance both from themselves and from others. Through courage, confidence, tireless energy and a fighting spirit, they lead others in competitive and crisis situations. Their great sense of responsibility can bring organisations to new levels of accomplishments. But the characteristics that make alphas great can also lead to their downfall.

The high cost of alpha leadership

Hubris is one example. An alpha’s exceptional strengths can become a tragic flaw, especially when they fail to recognise their limits due to excessive narcissistic behaviour. They often lack emotional intelligence and, with their own needs taking centre stage, they are not good at sensing other people’s feelings or considering another person’s perspective. This single-minded focus, hard-driving competitiveness, interpersonal impatience, and difficulties in controlling their anger often endanger their interpersonal relationships.

As pressures increase, an alpha’s leadership style can move from constructive and challenging to one of intimidation and even abuse. In many instances, people working for alpha male leaders suffer from low morale, high absenteeism, high levels of stress and burnout. Not surprisingly, given their dysfunctional behaviour, companies run by destructive alphas can easily go down the drain.

Given the high organisational costs to companies, has the aggressive, alpha male style of leadership had its day? Should we be looking for alternative models?

Interestingly, the closest relative of Homo sapiens is not the gorilla (known for its alpha male behaviour) but the bonobo, alias the pygmy chimpanzee, which is part of a matriarchal society. Indeed, as humans, we share 98.7 percent of our DNA with the bonobos which create, maintain, and use social networks (especially friendships with other female members of the group) to manage stressful conditions.

In contrast to the alpha male’s “fight-or-flight” behaviour, some researchers have suggested that females, like the bonobos, often react to stress with a “tend-and-befriend” response, enhancing a more caring attitude rather than a conflictual and stressful one.

Given our close, evolutionary relationship to our bonobo cousins, perhaps the default position in contemporary organisations should be a non-alpha - a beta - stance. Betas tend to be better team players and prefer a coaching culture, essential characteristics of the modern organisation.

Can alpha’s change their attitude?

But changing the status quo could be difficult. Alphas like to be in control, and find it hard to ask for help. For an alpha male to admit that he has any weaknesses puts him in a vulnerable position. It makes him feel weak. The question then becomes, how to change his attitude?

Experiencing excessive stress and suffering a burnout or breakdown is an extreme catalyst for an alpha to take heed and realise that something needs to be done. But there other ways to penetrate an alpha’s defences and help him in his leadership development before it is too late.

In my role as an executive coach, rather than condemning alphas for their power-driven, abrasive behaviour, I find it useful to start by focusing on their positive qualities, enhancing their existing strengths and turning their limitations into strengths. I help the alpha shave off the rough edges, making him realise that feeling vulnerable is part of the human condition.

I have learned from experience that deep down, every alpha has a modicum of awareness of his weaknesses, strengths, fears, and hopes. To be able to address these elements of their personality, it’s important to first build a trustful and a collaborative relationship, ensuring whatever is said is framed in a non-confrontational, solutions-based manner.

What I’ve found very helpful once an element of trust is established, is to have alphas go through a 360-degree feedback exercise (including a number of in-depth interviews with the people with whom they have most contact). This process gives me concrete and specific information as to how their behaviour negatively affects their colleagues, their team, and their organisations. Sometimes presenting data that illustrates their intimidating style can trigger defensive reactions and may result in a brutal response. With this in mind, the interface has to be a tactful “dance.”

Eventually it will be the very ambitiousness that drives alpha behaviour, which creates a tipping point for change. Once alphas realise the dysfunctionality of their behaviour, many will go to great lengths to try to become more effective.

There is a place for alpha-like behaviour in organisations which need the drive, competitiveness and commitment of such leaders. However this should be balanced with models of leadership that connect, build and nurture. Once this has been achieved, organisations like Amazon (named as one of the most stressful companies to work for) will discover that employees who work without fear can be driven to new heights.

Are women's leadership assumptions holding them back?