Making mergers less of a crapshoot 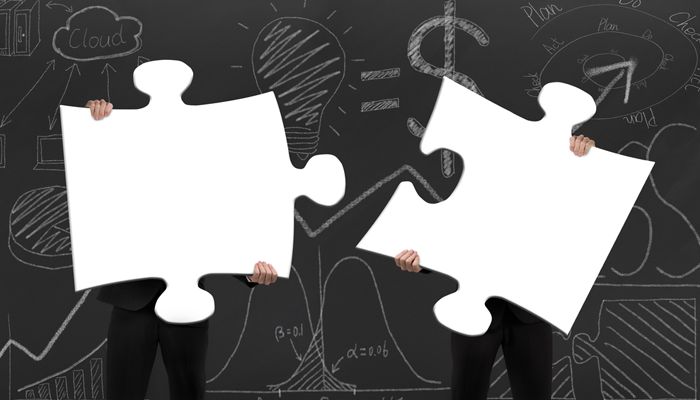 Very human factors are at play in mergers and acquisitions. Paying attention to them can increase your chance of success.

Noreen was wondering what had gone wrong. Before initiating her company’s merger with a rival, there had been little doubt it would create substantial value for the customers and shareholders of both firms, significantly increasing her organisation’s competitive advantage and market power. The reasoning behind the deal had seemed obvious: globalisation, the need for economies of scale and scope, access to new technologies and distribution channels, and the advantages of risk diversification. Synergy had been the key word.

There were however, other not overtly expressed reasons. What Noreen could not admit out loud, was that she had been bored. She remembered how pleased she had been when a very reputable investment bank approached her about the possibility of making the deal. She discussed the matter with a consulting firm, who saw the merger as a great opportunity. In addition, they told her that if she didn’t take the initiative, there would be a high probability that the other company might do so. Caught in a Pac-man game, wondering who would be eating whom, Noreen felt it was better to be in the driving seat.

Getting the deal done had not been easy. Convincing the other party to commit had required a considerable amount of arm-twisting and lots of money. But once concluded, Noreen had been proud of the fact the merger had created (by some distance) the biggest company in its field.

The aftermath of a merger

Two years on, she was beginning to think that the promised synergies may never materialise. The consulting firm’s analytics proved to be unrealistic and many of their assumptions were flawed. The efficiencies from the expected economies of scale and scope remained elusive.

In hindsight, she should have had a transition plan prepared as a part of the valuation exercise. In the premerger discussions the questions about cultural difference had not been addressed. She had underestimated the level of distrust on the part of the acquired company and it didn’t help that people in her company had gloated too much in being the “winner” in the merger game. She also failed to foresee the quagmire of executive alignment which resulted in the departure of many talented people for the competition.

Upon further reflection, Noreen realised her communication strategy during the transition period had left a lot to be desired. Quite a few people would lose their jobs and the rumor mill was working overtime. Stress levels were high and company morale was at an all-time low.

Of course, not everyone had been unhappy. A number of people had greatly benefited: the investment bank, the consulting firm, and, not to forget, the lawyers. She hadn’t done too badly either, having received lucrative financial package when the merger was completed. But now the firm’s share price was at an all-time low and shareholders were restless. Noreen was being accused of having made a poor financial deal, prompting her to wonder just how secure her job was and whether the merger was really worth it?

She has good reason to worry about the deal’s viability. It’s estimated that between 50% and 80% of mergers fail to increase shareholder value. Research shows the majority of M&As reduce the competitive landscape, cost consumers dearly and create less financially transparent structures. Too often we find two tottering companies transform into one larger tottering company. Given the dismal success statistics it begs the question, why are these deals even made at all?

A key factor for many who enter the M&A game is greed. There will always be a number of people who are out to make short-term gains through spinoffs, split-ups, and liquidations. People with this mindset are not bothered by the fact that synergy may just be another word for cost cutting through “de-hiring”, with personal and social costs.

In other cases, mergers are considered a more attractive alternative to having to reinvent an antiquated business model. It’s fair to say that making deals is the fastest way for companies to compensate for their failure to grow organically. Another part of the untold stories has to do with ego and boredom: who doesn’t like to be the biggest kid on the block and the thrill and glory of closing a deal? Noreen was certainly no stranger to both sins.

With the success or failure of a deal akin to a crapshoot, when considering a merger leaders need to consider ways to improve the odds.

Research has shown that mergers of companies operating in the same industry do better. It goes without saying that friendly mergers (as opposed to hostile ones) will have a greater chance of success. Previous merger experience also makes a difference. And, in contrast to what happened in Noreen’s case, it’s important that the executive teams of both companies buy into and support the deal.

Understanding the financials through the process of due diligence is also important. Attention should also be given to soft data. Is there a true strategic fit? Has any cultural auditing taken place? What identity challenges may arise? How will the perceived “winners” and “losers” be managed? And, are there sufficient resources in place to manage such processes?

To make the merger a satisfactory experience will require a lot of trust between the merging parties. If both parties have expressed a willingness to merge, a well-formulated common vision or strategy aimed at building something that is not just bigger, but also better, will enhance its chance of success. A degree of compatibility of corporate cultures also helps, particularly when both companies speak the same language and have a deep understanding of and respect for each other’s leadership philosophy.

When the merger decision has been made, the main focus should be on rapid integration. To drag out the uncertainty of what is going to happen only increases the level of anxiety among employees.

It’s also essential that the company perceived as the “loser” in the merger game should be able to keep its dignity. Fair process in the allocation of senior executive positions and attractive incentives are vital to keep talent from leaving.

It is often helpful to put together a “SWAT team” of senior executives and key players from both firms who are able to familiarise and engage employees in the M&A process. The team should function as gatekeepers to ensure guidelines are consistent while organisational changes are being made. They may also be responsible for deploying (possible) transition teams to familiarise and engage employees during the transition process. This could include workshops addressing topics such as: the rational of the merger; the “dream” of the future state; a common identity; mourning what has been lost (referring to identity issues); clarification of the “rules of the game”; performance objectives; reward structure; and the expected timetable of the transition (including small wins).

While these integration activities take place (throughout the organisation), senior management needs to set the example and walk the talk. Their behavior and ways of working with one another should be aligned with the vision and values of the new organisation it wants to become.

Having a baby won’t save a marriage

It has been said that every time you see a merger between two giants, it looks like the financial version of a couple having a baby to save a marriage. Like a marriage, most merger deals (although fantastic on paper) stumble when the real work starts. Only in situations where there is a great amount of trust, cultural compatibility and discretionary management resources, will mergers have a chance to thrive.

As Noreen’s case illustrates, too often, acquirers have to cope with an acute lack of information and foresight to help them assess possible synergies. Thus, the morale of this story is that promises made by dealmakers need a great deal of scrutiny before a merger decision should be made. It’s wise to think twice before even considering one.

The culture factor in M&As

Who really gains from M&As?

How to stop your M&A failing

How to survive a merger

M&A success is all about talent

Nine out of 10 M&As fail to deliver