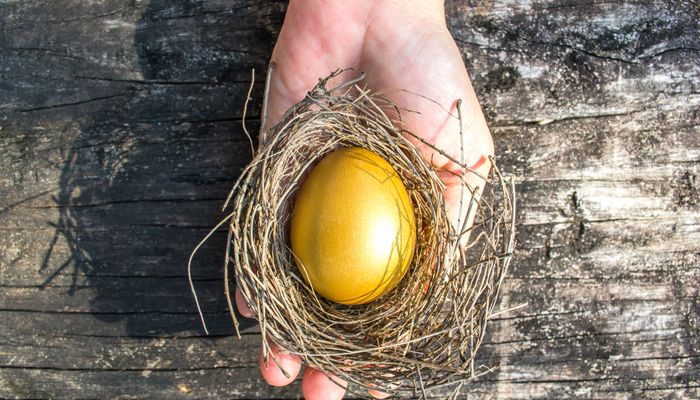 Holding a golden egg from Shutterstock.com
Jan 15 2016 by David Dubois Print This Article

“Not now. Not ever”, declared budget minister Jérôme Cahuzac before France’s National Assembly in response to accusations of tax evasion that surfaced online in December 2012. However, Cahuzac’s staunch denials crumbled in the face of evidence unearthed in an ensuing investigation. Four months later, the outspoken leader of France’s crusade against tax cheats was forced to admit that he had 600,000 euros stashed in an offshore account. The hypocrisy was brazen enough to enmesh socialist President François Hollande, who had been in office less than one year, in what the French media called “one of the most spectacular scandals of the Fifth Republic”.

Cahuzac is just one of many power-wielders in recent years whose almost unfathomable arrogance not only jeopardised their own careers but also sparked a much larger crisis in leadership. Meanwhile, the massive Volkswagen scandal reminds us that the business world is far from immune. As public trust in business leaders plummets, the cliché that “power corrupts” provides a facile, catch-all explanation but offers no hint of a solution. Worse, it normalises immorality at the top, potentially breeding a dangerous complacency.

As it turns out, the link between power and immoral behaviour is more complex than the cliché allows, as I and my coauthors (Joris Lammers of University of Cologne, Adam D. Galinsky of Columbia University, and Derek D. Rucker of Northwestern University) argue in the paper Power and Morality, forthcoming in Current Opinion in Psychology. Synthesising decades of research efforts, we propose that powerful people do not necessarily undergo a moral deterioration. In fact, under certain circumstances, attaining power might make people more moral, not less.

Power is often likened to a mind-altering drug, and the comparison has scientific validity. Researchers have found two major routes by which power alters thought and behaviour: disinhibition and self-focus.

Power is disinhibiting, at least in part, because it activates a brain pathway that regulates reward-seeking behaviour. Power thus tends to increase the likelihood that people will act to satisfy current needs. In pursuit of self-gratification, the powerful are less deterred by inhibiting factors such as social or religious prohibition. Therefore, they are more likely to engage in officially frowned-upon behaviours such as committing adultery and violating traffic laws.

On top of that, feelings of power have been shown to increase selfishness and reduce consideration for others. For example, one study found that participants cued to feel powerful took a greater share of snacks that were intended for the entire group. Power can also decrease empathy and compassion, making the powerful less concerned with others’ suffering.

Without ignoring the issue of free will, therefore, we can understand Jérôme Cahuzac’s blatant hypocrisy as an example of disinhibition run rampant. People who don’t regard themselves as powerful will often refrain from condemning others’ unethical behaviour for the sake of preserving social ties. Powerful people have no such compunctions, while also being more likely to break social rules for a reward. A 2010 study found that “the powerful condemned other people’s cheating more, but also cheated more themselves”.

Selfishness and a lack of inhibition, however, are not synonymous with corruption. Research shows that the arrogance of the powerful can actually be a moral asset, enabling them to make decisions that flout moral codes in order to achieve the greatest good. Put another way, power allows people to calculate the trade-off between outcomes and moral principles without feeling the stress of this compromise.

Also, the powerful are less susceptible to conformity pressures that can cause groups to turn a blind eye to immoral behaviours. In one study, high- and low-powered participants were asked to complete a deliberately tedious task, then rate their experience on an evaluation sheet containing fake positive feedback left by the experimenters. The high-powered evaluators were much more likely to give their honest opinion even though it differed from what others supposedly said.

If power has both positive and negative moral implications, how can individuals and organisations tip the balance toward the former rather than the latter? This should be approached cautiously, as making the powerful feel insecure in their power can also heighten the destructive effects of power. According to one study, powerful individuals who feel their position lacks status are more likely to treat subordinates disrespectfully.

A potentially more fruitful idea is to attack the self-oriented nature of power. A driving analogy may be useful here. Disinhibition acts like a gas pedal propelling powerful people towards their goals. But if they are purely self-focused, i.e. if they are mainly driven by their own moment-to-moment wants and needs, they lack control of the vehicle. Like Cahuzac, they are on a collision course with consequences that they alone could not foresee.

Perspective-taking, or imagining the world from another’s vantage point, has been shown to function like a psychological steering wheel. A 2014 study found that combining power with perspective-taking improved interpersonal relationships and information-sharing, leading to more accurate decision making. This may be the ideal formula for morally authoritative leadership.

Encouraging perspective-taking can be as simple as making sure that leaders are frequently reminded of their interdependence within the organisation. Role-switching or regular interaction with peers in other departments as well as followers helps to contain self-focused myopia.

Equally, our analysis of the research argues against the idea that power inevitably corrupts. It depends upon the individual leader and his or her situation. Inside every big bad boss, there may be a Boy Scout waiting to come out.

The seductive nature of power