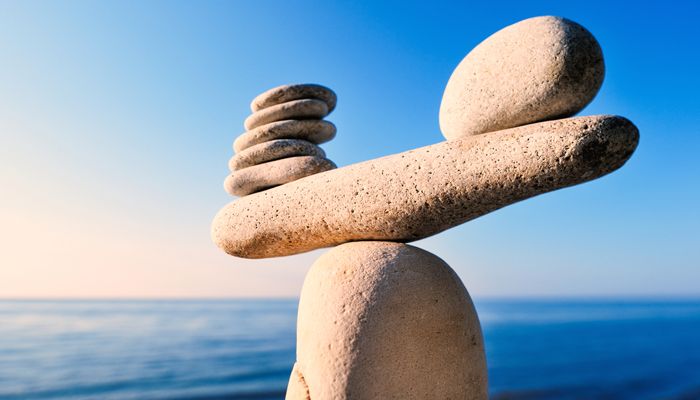 Pebbles balancing on a stone from Shutterstock.com
Jan 11 2016 by Margaret Kett Print This Article

There weren’t too many recurring business themes in 2015, but one stood out head and shoulders above all others as a worldwide call to action: greater gender parity in the boardroom with the emphasis shifting from the non- executive to the executive cadre.

In the UK, this effort began in earnest five years ago with Lord Davies’ report ‘Women in the Boardroom’, which called for a quarter of board seats in FTSE companies to be held by women by the end of 2015.

That was a tall order because in 2010, women made up only 12.5% of the members of FTSE 100 boards and at previous years’ rates of increase it was estimated that it would take over 70 years to achieve gender-balanced boardrooms in the UK.

With such a slow rate of change, the government actively began pushing for action, doing just about everything short of imposing quotas. Female lobby groups joined the bandwagon and even organisations such as McKinsey & Co and Credit Suisse published papers on the benefits of increasing the number of women on corporate boards.

The research undertaken by McKinsey and Credit Suisse suggested that companies in the top quartile for gender diversity are 15 percent more likely to outperform their industry peers (McKinsey), and that diversity coincides with improved corporate financial performance and higher stock market valuations (Credit Suisse Research Institute).

Someone must have been convinced because by October 2015 the target set by Lord Davies back in 2010 had been achieved. Women did indeed make up over 25 percent of FTSE 100 board members, although - rather significantly - most of these were non executives. Furthermore, there were no longer any all-male boards in the FTSE 100 and only 15 remaining in the FTSE 250.

Sterling stuff, yet something just didn’t gel with the research. Analysing the board composition and performance of the UK’s 350 biggest companies listed on the London Stock Exchange between 1996 and 2010, Dr Ian Gregory-Smith of the University of Sheffield and Professor Brian Main of the University of Edinburgh Business School, came to a more interesting and divergent conclusion.

They were not saying that women in the boardroom can’t improve corporate performance. Their data, gathered over a 14 year period, simply showed that, amongst other things, at the board level corporate productivity neither increased nor declined by having females on the board.

So, what are we to make of the different research findings? At the heart of this issue is how we are looking at the data, particularly those from McKinsey and CSRI. It’s highly probable that large, successful companies will have more women employed, particularly at the executive level, and that some of these women may be on the boards of other companies as non-executive directors. Additionally, it’s not unreasonable to assume that women also choose to work for successful companies. In essence, McKinsey and CSRI may be confusing correlation with causation.

Perhaps a more plausible view is that an organisational culture that fosters diversity is also the reason why a company performs better. After all, innovative, forward-thinking companies are more likely to be receptive to new ideas, so it’s not difficult to conclude that these are the businesses that are highly likely to achieve better results.

Indeed, Melanie Richards, Vice Chairman, KPMG in the UK, hit the nail on the head when she wrote in the forward of the report ‘Women on Boards Davies Review Five Year Summary’: “We must continue our focus on gender and look at the true diversity of those leading our businesses. In order to remain relevant to our clients and communities, we need leaders who come from a wide range of backgrounds, each bringing different skills and views to the table, creating boardrooms that truly mirror our society.”

What is indisputable is that the increasing presence of women in senior management roles is influencing methods of decision-making and positively changing management cultures. A growing number of business leaders have accepted that, in the dynamic economic environment in which they are operating, leadership behaviours must change. Given that there are differences in management styles between men and women, achieving greater gender parity and developing a variety of leadership styles has become a strategic imperative.

Unfortunately, gender bias in the boardroom and in the C-Suite continues to persist globally, so to move forward it is important to identify possible reasons why and to develop appropriate solutions to overcome this bias. The belief that leadership is a function that requires masculine characteristics might have been effective 50 years ago but times have changed.

The focus today should not be on forcing companies to include more women on corporate boards just to satisfy quotas, nor should it be based on the belief that women on the board may increase a company’s stock market valuation. The emphasis must firmly be on identifying leaders (male and female) with the right skills, temperament and experience who are capable of making a positive contribution to employee value and the improvement of shareholder value in a changing world.

Once we get the gender balance at executive level right, happily this issue will no longer be a recurring business theme.

Diversity at the top: are companies walking the talk?

Women in leadership: beware the barriers