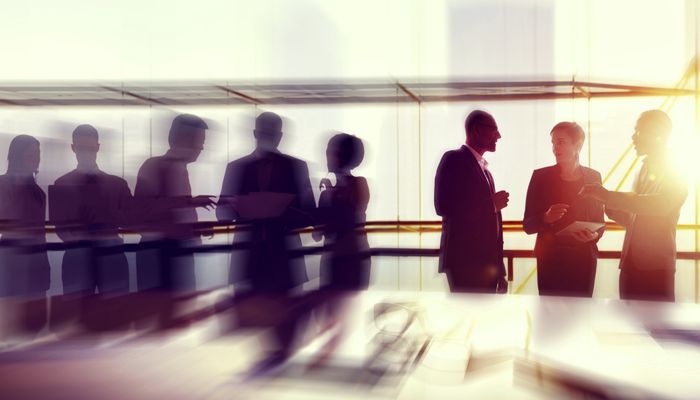 Once again, middle managers appear to be on the wrong side of history. We constantly hear that millennials - already the most-represented generation in the U.S. labour force - abhor conventional bosses. Many millennials reputedly believe that they are already task-competent and can work autonomously, guided by their own internal sense of purpose. Given the option of working at either a standard corporation or a lean startup, they’d overwhelmingly prefer the latter. If this were an accurate portrait of millennials’ attitudes, established firms looking to attract and retain top young talent would have no choice but to restructure accordingly: in particular, changing their hierarchical management style.

Furthermore, today’s large organisations may soon have the means to begin eliminating middle managers altogether. (By middle managers, we mean managers who do not report directly to the highest CEO in the organization and who are at least one level above the first line supervisor.) The arrival of intelligent machines capable of performing many key tasks of white-collar workers could make it easier than ever for incumbents to emulate Zappos and the other “bossless” companies that have attracted much media attention.

That’s the bad news for middle managers: Sooner or later (probably sooner), they will have to prove to employers that their value extends beyond their traditional functional responsibilities. But here’s the good news: The stereotypes about both millennials and middle managers shouldn’t be trusted. In the future of the corporation, evolved middle managers will have an essential role to play.

The irony about millennials’ supposedly anti-hierarchical attitude is that it originates from the most influential hierarchy of all: the family. So-called “helicopter parenting” and “always on” internet gave millennials an unprecedented level of self-worth, but also a yearning for emotional engagement from authority figures as well as friends, colleagues, even admiring strangers close and far away.

Companies shouldn’t misinterpret this desire as a blind hatred of hierarchy. It is in fact the most compelling reason why even millennials need middle managers.

The first generation to have been raised with near-instantaneous pictures, text messages and email expects a constant flow of emotional feedback. The delayed gratification of a promotion or even a paycheck may be less motivating for them than the immediate “likes” social media has trained them to crave. Without middle managers to tend to their emotional demands, millennials are apt to seek affirmation from senior leaders, which may explain why already-overwhelmed CEOs are being besieged by appointment requests from their interns. Needless to say, such an arrangement is unlikely to leave anyone satisfied.

The trends among millennials show that, whether we like it or not, we are moving into an emotion-driven age -one where companies will be expected to meet the emotional needs of all their stakeholders. It is by no means certain that abolishing hierarchy is the best way for companies to prepare for this sea change.

It’s true that without managers, employees are free to stand on their own two feet, which promotes feelings of pride and self-determination. But with competent managers, employees know where they stand. Expectations come with a reasonable amount of continuity and clarity. Performance is evaluated fairly by someone whose KPIs are partly pegged to yours, rather than by peers who may regard you as competition.

This sense of emotional stability is the bare minimum of what a conventionally designed organisation should give employees. Imagine how much more value could be derived if managers evolved their role to focus less exclusively on instrumental goals and outcomes, and more on emotion-based relationships with employees, as an indirect means of motivating them to achieve goals set by the organisation.

Here is just one example: Nowadays, we expect C-level executives to have an inspiring vision for their company. We delight in sharing quotes from CEOs that pithily express their worldview. Soaring rhetoric, however, can go only so far to motivate and inspire human beings. Ultimately, we are most moved by what touches us most closely. By leveraging their nearness to employees, middle managers can communicate the big C-suite vision in a way that is personally inspiring for their subordinates.

Negative stereotypes about middle managers long predate the millennial generation’s entry into the workforce. For decades, they have been denigrated as craven stewards of the status quo. This viewpoint surely contributed to a severe thinning-out of their ranks during the cost-cutting wave of the 1990s. In 2001, I tried to strike a note of caution in my Harvard Business Review article “In praise of middle managers”, where I argued, “Middle managers, it turns out, make valuable contributions to the realisation of radical change at a company - contributions that go largely unrecognised by senior executives.”

Misunderstood as they may be, however, it must be said that middle managers have, on the whole, not done themselves many favours. The oft-heard accusation that the cohort lacks a human touch is not entirely untrue. When you think about it, it’s quite understandable. As their promotion through the ranks is generally based on functional excellence, with little or no attention given to softer skills, is it any wonder that when called upon to lead middle managers frequently adopt the style requiring the least amount of finesse: command-and-control?

Dealing with a manager like this - and most of us have encountered at least one - is enough to make anyone understand the appeal of the Zappos (anti-)management style. But a better way to make systemic change is to take the long-overdue step of empowering middle managers to take a more emotion-centred role. That way, entire companies can benefit from their heightened emotional sophistication when they eventually assume senior leadership.

What I wrote in 2001 remains true: Middle managers are the unsung heroes of radical change.

Boomer or slacker, we're all the same