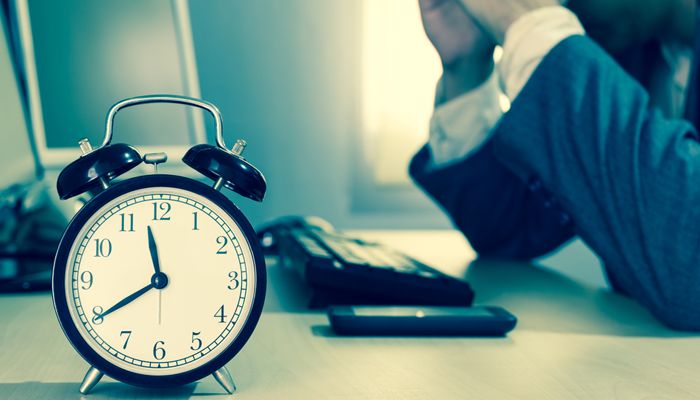 Sick at work from Shutterstock.com
Dec 07 2015 by Dominic Irvine Print This Article

It’s the season to be merry - or rather it’s the season of coughing, sneezing and that horrible aching sensation so typical of a bad cold or flu. So many of us, when feeling under the weather will struggle into work and do the best we can. We may not be 100 per cent but we do the best we can. There’s a term for this, it’s called presenteeism. It’s when you are struggling to do what’s required due to ill health. The evidence is it that costs business far more than absenteeism.

Presenteeism can have an impact greater than simply your inability to do as much work as you normally can. It can also affect the quality of your work, the number of mistakes you make, it can increase the likelihood of injury as well as impact your emotional, mental and physical state. Someone, somewhere is going to have to deal with the impact of this drop in performance.

To go to work or not is not always a straightforward decision. Health is not binary. It’s a continuum from fit and healthy to extremely unwell. Whilst you may be capable of working, spreading illness around the workplace could have significant unintended consequences and a significant cost. Your heroic gesture may do far more harm than good.

Don’t think it’s just a ‘here today gone tomorrow management fad’. In a survey reported in the Harvard Business Review, Lockheed Martin estimated that people suffering from hayfever and or sinus trouble cost the business almost two million dollars each year in lost productivity. Add to this the impact of migraine, back pain, asthma, flu and depression amongst others and the figure increased to $34 million per year.

Remember, these are estimates. Measuring lost productivity due to presenteeism is a tricky thing, but what is clear is that presenteeism costs far more than absenteeism.

We are told repeatedly by leaders in business that ‘people are our greatest asset’. If so, presenteeism is something that needs to be reduced. It begins with understanding why people feel the need to be present at work when ill. Whilst there’s a growing body of research into the prevalence of presenteeism, there is a paucity of insight into why people are driven to go to work when they are unwell.

As with so many things, it turns out it is rather complex. Job insecurity, fear of letting colleagues down, attitude of the manager, a long working hours culture are all factors believed to drive presenteeism. What does it say about the culture of your business if people feel the best thing they can do is to turn up even when they’re unwell?

One thing that would help is to lose this obsession with the number of hours worked. ‘Look how hard I work’ is measured in hours at the office rather than the output achieved. Would you rather an employee who worked 60 hours a week and delivered 20 sales a week or one who worked 40 hours a week and delivered 25 sales? It’s a no brainer - it’s results that count. Focus on what matters, not on hours worked. And please, don’t say you’d rather an employee who worked 60 hours and delivered 30 sales. That’s not how it works. It’s a law of diminishing returns. An employee who works ever longer hours delivers less and less value for each of those hours worked and given enough time will probably end up ill and off work due to stress and ill health.

I worked with one organisation where staff would pretend to go to a meeting at lunchtime when in fact they were going to the gym to do some exercise - so fearful were they that they would be seen as being work shy because they weren’t chained to their desk all day. But we want fit and healthy people in the workplace as they have the lowest rates of presenteeism. If you’re a smoker, you don’t exercise and are overweight then the evidence suggests you will suffer from more presenteeism than a non-smoker who exercises regularly.

Humans are not machines, they need to recharge their batteries. Recreation is just that - it’s re-creation - renewing and recharging oneself for the challenges that lie ahead. Talk to any high- performing athlete and they will tell you how they treat rest as importantly as training. Being ‘fit for work’ means having the time and space to exercise and invest in oneself to ensure one can perform optimally. An employee’s job is to look after yourself to ensure you can do the best you can for the benefit of you and your loved ones and for those who employ you.

As an employer, helping people manage minor ailments like allergies, migraines, flu by providing appropriate guidance and or medication is likely to cost less than the loss in productivity. Helping people manage stress and depression is also sensible. There are simple things you can do, in one study employees were offered a flu jab to help avoid contracting flu, the impact was significantly beneficial.

In one American survey of 29,000 people, 40 per cent reported being unable to work properly on at least one day due to ill health in the previous fortnight. So perhaps the key to improving results is not from working harder, but from helping people be healthier.

Dominic Irvine is the founder of UK-based learning and development consultancy, Epiphanies. He has spent the whole of his working life dedicated to developing others. His areas of particular interest are innovation and individual and team performance. He is currently writing a book with Dr John Wilson from the University of Sheffield on performance. In his spare time, Dominic is a record-breaking ultra-distance cyclist and takes part in races across the world.

Cultural intelligence and the power of attention

Is your wellness program sick and tired?

How to keep from living a life of insanity

The price of presenteeism