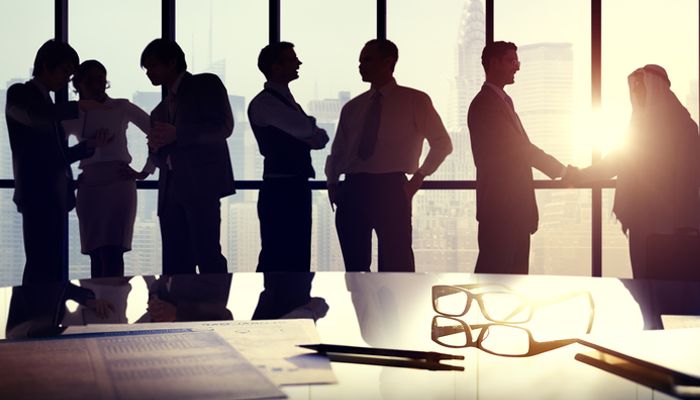 The UK, like many other countries, has been making concerted efforts over the past few years to get more women into the boardroom. A major goal, set in 2011 as part of an official review by Lord Davis, a former trade minister and chairman of Standard Chartered bank, was a voluntary target of 25% female members of FTSE 100 boards by 2015.

At the time that seemed ambitious - in 2011, just 12.5% of FTSE100 board seats were held by women and many boards remained resolutely all-male. But just four years later, Lord Davis can confidently talk about “a revolution in boardrooms of FTSE companies”. His final review last month (October) had something of an ‘end of project’ optimism about it, signalling that the 25% target had been reached, and putting forward a new target of 33% for FTSE 350 firms.

But targets on their own are worthless if they don’t deliver the intended results - not just token representation, but active participation by women and a positive bottom-line impact.

There have been two areas of concern driving the review and reforms in the UK and elsewhere in the world: the mismatch between the growing proportion of women in the workforce - including in large firms - compared with the number of women in boardrooms; and also the missed opportunity presented by new perspectives, the idea that more female voices will be beneficial for governance, and ultimately, firm performance.

It’s been these views that have been at the heart of a number of reforms aimed at increasing female representation on executive boards, ranging from the requirements in the United States and in the European Union (EU) for firm disclosure of their gender diversity policy in board recruitment, through to enforced gender quotas in Norway. The EU is also contemplating mandatory gender quotas.

The argument around the positive influence of women on boards has persisted despite a lack of evidence. On the contrary, the existing research from the US and the UK gives no support for the idea of better financial performance. For instance, using a sample of US firms, Adams and Ferreira (2009) find a negative impact of having females on the board on firm performance, despite better attendance records and more effective monitoring in firms with more gender-balanced boards.

The overall proportion of women with executive positions on UK boards remains low at around 10%, so meeting a headline target on gender diversity is a step in the right direction - even if it is fairly arbitrary. But legislation can be too blunt a tool to tackle the genuine issues of gender diversity. To focus simply on a certain proportion of female directors is to miss the bigger picture.

The association between board gender diversity and good governance is more complex than imposed gender quotas. The way in which the economic case for board gender diversity doesn’t hold up well under statistical scrutiny is evidence for how organizations may not reap the benefits of gender-diverse boards automatically.

The point is that the focus on representation may miss the actual underlying issue of female integration into firm governance. Although regulatory and institutional pressures can lead to more female directors to the board, they do not necessarily ensure that those women are directly involved in the nuts and bolts of governance. For any director to add value, they need to be appointed to positions in which they can influence governance, and consequently firm performance.

In our recent research (co-authored with Professor Colin Green at Lancaster University) we examine the mechanisms through which female directors can add value to the firm. In particular, we look at the integration of female directors in the governance mechanism.

To a great extent the way a board works is through committees that focus on narrowly defined jobs, such as the nomination committee, remuneration committee, and the audit committee. These groups of executives articulate the goals and strategic plans of the organization in an area, and serve as a source of specialized expertise. They are fertile ground to closely examine the appointment of female directors, and the performance impact of such appointments.

Simply put, the performance benefit to the firm of appointing female directors to the key committees is three times greater than just appointing them to the board. Appointing women to the board in response to regulatory pressure, then, has at best a limited effect on firm performance. Putting women on the key committees may be indicative of a flexible board that simply includes high-ability individuals in the governance mechanism to enhance firm performance.

Moreover, quotas don’t necessarily deal with the underlying cause of gender equality or mean that women won’t still face gender bias and discrimination, a sense of not having fully ‘earned’ their place. Female directors appointed for Norwegian firms to meet the gender quota were given the unfortunate “golden-skirts” epithet.

The planned UK steering body, due to provide continuity for the work begun by Lord Davies, needs to ensure it makes it clear to companies they need to embed female directors in the decision-making process and demonstrate their ongoing role and value. Without that, new female director appointments designed to meet a new target of 33% representation, risk drifting once more into the realm of token symbolism.

Dr Swarnodeep Homroy is an Assistant Professor in the Department of Economics at Lancaster University Management School. His career began as a Talent and Organisation Consultant at Aon Hewitt, before academic appointments at Queen Margaret and Lancaster universities. His principal research interests are in corporate governance and executive pay, diversity in the boardroom, the economics of crime and econophysics.

Women: to get ahead, get a sponsor

Quotas are no silver bullet for women on the board

More women on the board leads to better results

Half of U.S. firms have no women at the top