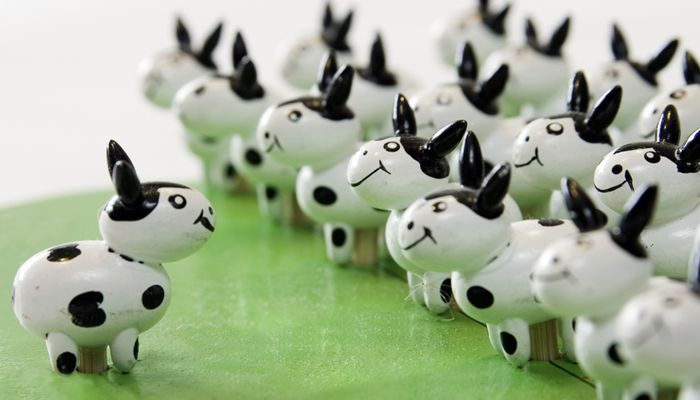 Strategic change is in the works, pressure to meet targets is mounting and there are rumblings in the ranks. As CEO how do you maintain your leadership role and avoid a mutiny?

Much has been written about how new CEOs - the “corporate saviours” - influence the early stages of leading strategic change, but the reality is deep-rooted change frequently fails as a result of subsequent implementation problems across the organisation.

In the paper From Support to Mutiny: Shifting Legitimacy Judgments and Emotional Reactions: Impacting the Implementation of Radical Change written with co-authors Kevin Corley and Matthew Kraatz, we look at middle managers’ role in a massive company restructuring and how their shifting, often judgmental and emotion-laden relationship with top management is a critical factor in the success of the strategic change process.

The research was conducted over a three-year period when a new CEO, who appeared to tick all the right boxes, was brought in to inject fresh life into an international IT and communications company that had fallen into a deep performance crisis in the wake of changes in its competitive and technological environment.

Contrary to usual stories on resistance to change, the CEO was well received to implement radical changes in the organisation; but ultimately provoked a mutiny which saw the top team leave at the end of three years. Middle managers’ perceptions of the CEO and his top team evolved through four types of legitimacy judgments which eventually broke top managers’ credibility as leaders of strategic change.

Within a short time of their arrival, the CEO and his newly-appointed top management team had formulated a plan for radical change and rallied the support of middle managers who were responsible for overseeing over a hundred change projects. Employees, who risked losing their long-term job stability, were prepared to support radical change because these middle managers perceived the top team as having cognitive legitimacy where middle management’s positive initial judgments, based on the new CEO’s previous performance and success in other industries, overshadowed any niggling doubts.

Too often, new leaders assume the support they are shown in the opening stages of a change effort will persist no matter what. After launching strategic change with high internal support, the CEO concentrated his time and attention on external issues, such as talking with investors and key customers and engaging with various levels of the government. He wrongly presumed the middle management team would implement the change efforts without the need to talk to him or his top lieutenants regularly about the issues they were facing.

His second serious error was communicating too specifically about implementation without knowing the complexity of it. Initially around 13,000 job cuts were flagged. With the generous compensation terms, another 3000 employees - those with higher employment mobility - opted to leave. The remaining employees felt overburdened. In addition, the CEO promised that the company would keep enough people for the required work load until new information technology services were put in place to relieve them.

With the top team’s attention focused on external matters, middle managers began to experience collective disappointment, anxiety and frustration. The managers, who were trying hard to realise their change projects, began to feel a lack of support and interaction with the top team. No proper explanation had been given as to why more jobs had been cut than planned and why people were still removed to meet financial results even when new promised IT applications were not working. As could be expected many IT projects were late and not working properly. Yet top managers continued putting high pressure on middle managers to work as hard and fast as possible to meet the financial objectives that had been promised to investors. There was a culture of fear where “failure was not an option.”

As collective frustration grew among middle management, the CEO’s relational and moral legitimacy began to wane. Middle management perceived top managers as displaying less relational legitimacy when they felt that they were no longer given the respect or attention they had expected from top executives to support them in implementing radical change. Because of their external focus, top management remained “invisible” to a large majority of the organisation. Middle managers alone had to deal with the collective frustration and stress felt by front line workers.

As a result, collective morale fell rapidly, and with it, top management’s perceived effectiveness as change leaders. Middle managers began to view top managers as temporary, brought in only to meet short term financial objectives, and called them “mercenaries of change.” These judgements lowered top managers’ perceived moral legitimacy.

Middle managers blamed top managers for focusing too much on external matters and not enough on internal change implementation. Middle managers felt frustrated about the lack of support by top managers and insufficient progress in internal change implementation. As top management felt investors’ pressure to meet the promised financial results by the end of the 3-year radical change period, the executive suite unilaterally decreed to make another 3,000 job cuts - mostly in customer service, which middle managers believed represented the core of the company’s competitive advantage.

At this point, the fourth pillar of legitimacy collapsed: instrumental legitimacy. This legitimacy involves perception of achieving concrete change benefits, which were not materialising. Collective anger toward the top team became open and contagious, resulting in the CEO’s latest layoff directive being ignored. As the firestorm erupted the CEO and most of the top team quit.

Although the three-year financial targets had been met on the surface, informed insiders noted that only incremental, superficial changes were carried out with very little improvements to the company’s long term capabilities.

During the progress of strategic change, top management has to realise that subordinates judge their legitimacy to lead change based on different legitimacy judgment criteria: cognitive in the initial change formulation stage; relational and moral during the change implementation stage; and instrumental in the change evaluation stage. These shifting legitimacy judgments are also highly emotional and determine whether middle managers will continue supporting and obeying the change directives of the top team or not.

CEOs can reduce the risk of these problems by:

If any of these are ignored, a CEO is in danger of losing his leadership position and provoking a revolt among his/her lieutenants who are critical to implementing strategic change in a large organisation.

Five things all leaders need to know about trust