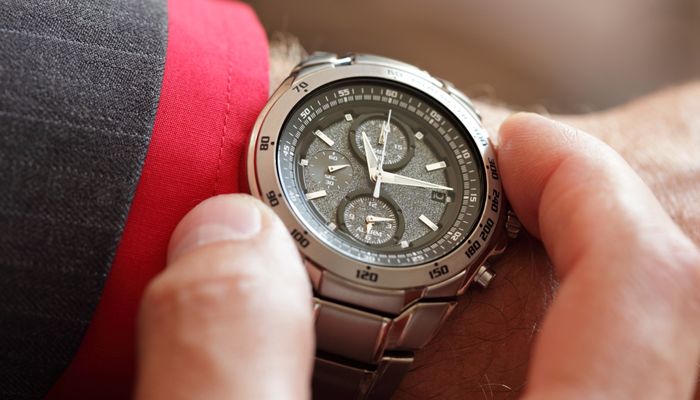 Checking the time from Shutterstock.com
Nov 12 2015 by David Livermore Print This Article

One of the biggest frustrations when working across cultures is a different sense of urgency, follow-through, and deadlines. You can easily find books and websites that list which cultures are more likely to adhere to schedules versus those that don’t. But that information does little to actually solve the dilemma.

I hear this challenge from both sides. People working in highly structured environments like the US, Germany, or Japan are forever frustrated by a disregard for deadlines and follow-through. And people from contexts like Qatar, China, or Mexico hold time more loosely and are often irritated by the inflexibility of the seemingly arbitrary deadlines that are imposed on them.

There are no simple answers to this dilemma. But there are a few things that can help. First, a little perspective. And then, some guidelines to address this challenge.

When I first started working in cultures with a different time orientation than mine, advisors told me to give people a start time that was an hour earlier that the actual time. But that didn’t really work for me. First, it wasn’t consistently an hour that people were delayed. Sometimes it was a half hour. Other times it was three hours. Furthermore, once word gets out that you do this, it reinforces the idea that a “close of business” deadline doesn’t really mean anything.

It’s rarely the case that people consciously shrug off deadlines. It’s that societies have entirely different orientations toward time. For many cultures, an event begins when all the people who need to be there arrive; and a project is completed when everyone has contributed their part.

This isn’t about some arbitrary time that was created previously before anyone knew what kind of weather, circumstances, and unexpected events might be going on. There’s a flexible understanding that life’s circumstances can’t possibly be anticipated with any consistency so why expect it of yourself or others? And a great deal of what happens to you is believed to be beyond your control. The boss may insist you work on a different project or your aging parents may suddenly need your help and surely others understand that must take precedent over a project deadline.

Those from cultures more oriented around schedules and timelines are brought up hearing that “time is money”. There are precise times that events and appointments should begin and end. Respect and efficiency are accomplished by adhering to a schedule and the way you build trust is by following through with doing what you say you will when you say you will, even if you don’t understand the purpose of the deadline.

In these contexts, there are few legitimate excuses for being late. If you got held up in traffic, you should have left early enough to allow for that possibility. If you became sick, you should have built in some margin to allow for that. This perspective is usually shared by cultures that are more individualist in nature where it’s believed that individuals retain control over their schedules.

So rather than think you’re going to change other people’s view on time, focus on what you can learn from the strengths of both orientations and then use the following guidelines:

Figure out what comes first for the other party in developing trust: process or relationship. For “process-first” cultures like Germany, the dominant norm is to minimize personal conversation and relationship building upfront and focus on the task at hand. That builds trust and creates more opportunity for developing relationships.

For “relationship-first” cultures like the Emirates, the norm is to begin with building the relationship and allowing the tasks and process to flow from that. The initial time spent developing relationships will help the tasks flow much more effectively. As always, beware of assuming all Germans or Emiratis are this way. These are merely tendencies to use as a starting point.

Research consistently reveals that multicultural teams that spend time anticipating different situations upfront are far more likely to respond in a culturally intelligent way when the real-life scenarios come along. One of the best ways to integrate an emphasis on process and relationship is to work together on some hypothetical situations. Creatively develop some culturally intelligent responses that account for both perspectives on time and the overall objective that needs to be accomplished.

Imagine for example, one of the following:

Teams comprised of individuals from both time orientations are more likely to come up with creative, culturally intelligent solutions to these kinds of scenarios. Use the diversity on your team plus your cultural intelligence (CQ) to anticipate these kinds of situations upfront and you will be better able to handle the real-life scenarios that come without warning.

An ancient African proverb says, “If you want to go fast, go alone. If you want to go far, go together.” Working collaboratively across cultures will inevitably require more time, effort, and patience. So be prepared for it. But when done well, it will yield a better result. The prototype that needs to be manufactured and the global conference that needs to be planned is more likely to be accomplished successfully when you’ve used a diverse team to address the varying approaches to timing and schedules.

You’re setting yourself up to fail if you simply use the same kind of timeline you use when everyone from the same culture is working together. Create more time than is actually needed to accomplish a task because you’ll undoubtedly need it.

One of the most tangible tests of your CQ is whether you can describe the urgency of a project or deadline in ways that resonate with the other party. For cultures with a built-in priority for punctuality and deadlines, simply informing them that you have a firm deadline is enough. On the other hand, those for whom delays and fluid timelines are expected as a “given”, it may be necessary to provide additional context about if and why a deadline is significant.

Share what the consequences are for you and the organization if the deadline is missed. If the delay truly harms the interests of the organization, most individuals will be far more motivated to help ensure timely follow-through. In addition, if appropriate, describe the relational fall out that may occur for you or the others involved if timely follow-through doesn’t occur.

On the other hand, those coming from cultures where time is handled more fluidly, may need to explain to their counterparts that certain aspects of the process may be beyond your control. Help your more deadline-focused colleagues understand that different priorities may take precedent. But don't wait until the 11th hour to explain this. The more opportunity there is to address a delay upfront, the better everyone can deal with it.

Ask questions along the way to get a pulse on the progress being made. Sometimes delays occur because the other party is confused about what they are supposed to do. They’ve been trying to indirectly ask for clarification but it’s been missed.

Create several incremental milestones than you might do if you were just working on the project with the “home team”. That way, you aren’t waiting until the very end to find out whether things are on track.

6. Leverage Authority and Relationships as Needed

Consider how the perceived importance of status and authority may influence what occurs. How does this person perceive you and your level of authority? What’s your relationship with this individual? Do you need to bring in a superior to help get things moving? Do you need to talk to a superior on the other side?

Use this very judiciously. You don’t want to start going above and around people. But understand how strongly status and relationship can influence the situation. Most of us are quick to drop what we’re doing when the boss asks us to do something or someone to whom we feel indebted. This reality is multiplied many times over in a more hierarchical, high power distance society.

7. Keep a Sense of Perspective

The most productive teams leverage the strength of both orientations. But few things become irreversible because of a missed deadline. Take a deep breath and consider timelines and schedules within the broader scope of life. Not only will it improve your success, it will work wonders for the soul.

Don't be a busy fool!