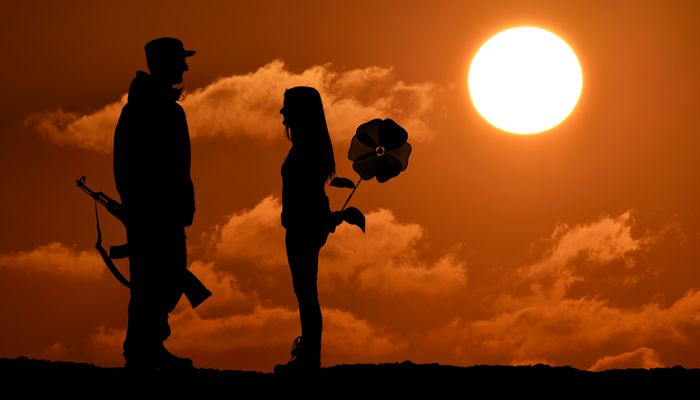 Peace versus war silhouette from Shutterstock.com
Oct 26 2015 by John Blakey Print This Article

In their book King, Warrior, Magician, Lover, Robert Moore and Doug Gillette identify four archetypes of masculine energy that pervade myth and literature. The same archetypes can also be applied to leadership, with the contrast between the warrior and the King one that has particular resonance.

The obsessive warrior is that part of the leadership psyche that works all hours, aggressively confronts every problem, loses sight of the bigger picture and looks to win every battle - at any cost to themselves or those around them.

In contrast, the King archetype is that part of the leadership psyche that lets go of the immediate battle in order to focus upon winning the war, establishes a calm order throughout the kingdom and rules with a confident authority grounded on a clear sense of mission.

Leaders who are obsessive warriors create obsessive warrior cultures. And there are few more shocking examples of the moral vacuum that such cultures breed than the Volkswagen scandal. The warrior mind-set in Volkswagen declared that winning the battle was necessary at all costs. In this case, the cost of trying to sell more cars than anyone else adds up to 11 million vehicles fitted with ‘emissions-cheating’ software, more than one million tonnes of extra nitrogen oxide pollutants released into the atmosphere and the prospect of $18bn in fines from the US courts.

This was no ‘rogue trader’ issue. It was institutionalised dishonesty so pervasive that the CEO did not recall doing anything wrong. Yes, you did do something wrong! You colluded in the warrior mentality of your organisation, rather than leading a principled rebellion against that culture as befits the King-like psyche required of the 21st century leader.

In the closing chapter of their book, Moore and Gillette discuss what they refer to as the transition from ‘boy psychology to man psychology’, offering the following observation:

“Ours is a psychological age rather than an institutional one. What used to be done for us by institutional structures and through ritual process, we now have to do inside ourselves, for ourselves.”

As masculine, western leadership matures from its heroic to its post-heroic stage, from the warrior to the King psyche, the Volkswagen example demonstrates that this transformative work has to be done on the inside by each leader, rather than on the outside by institutional dogma and diktat. For the same reason, it is executive coaches, not management consultants, who will facilitate this shift.

Our institutions are, by definition, institutionalised and therefore the hope for change lies not in Volkswagen, but in the individual leaders within Volkswagen. And those leaders need sufficient King-like energy that they can lead principled rebellions against the hard-wired warrior DNA of the previous era - the same warrior DNA that has so clearly failed organisations and their customers.

As coaches and leaders, it is our responsibility to challenge the obsessive warriors that we engage with in business life. Not by fighting with them, for that is what they want us to do, but by exercising a calm and confident authority in their presence. If they cannot yet access the King archetype within themselves then we must role-model that behaviour in ourselves.

So what does it mean to be a King in the face of a warrior? To answer this question, I have adapted the advice of Walter Wink in his book Engaging the Powers: Discernment and Resistance in a World of Domination to come up with the following tips:

Whoever works with Volkswagen’s new CEO will need to keep the above list close to hand. It is not as easy task. Warriors do not like to be challenged. Volkswagen’s crisis is a reminder that the warrior mentality still grips a large chunk of the global corporate psyche. Unless the Kings bravely step forward and proudly wear their crowns, then antiquated, warrior-style organisations will continue to wreak various degrees of havoc in our daily lives.