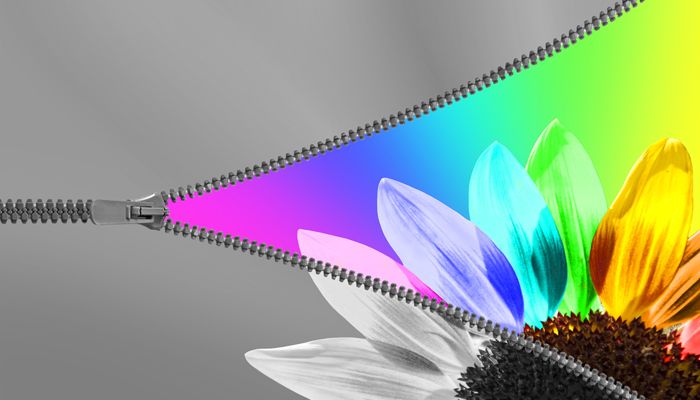 Unzipping a colorful flower from Shutterstock.com
Oct 15 2015 by Ian Day Print This Article

In an article in the September 2015 edition of the International Coaching Psychology Review, business psychologist Doug MacKie describes the perceived impact of coaching assessed using 360-degree feedback before and after coaching. The results found a significant difference in perceived transformational leadership behaviour after coaching. But this difference was assessed differently depending on the level of rater within the organisation.

The research studied the impact of coaching on a group of 31 senior managers. Before starting their coaching, the coachees completed a 360-degree questionnaire with feedback and selected three coaching goals. This feedback process was then repeated after the coaching sessions and the results compared.

The results showed that while there was a statistically significant increase in perceived transformational leadership behaviour after coaching, this was viewed differently by people at different levels within the organisation. But most surprisingly, the coachees themselves didn’t perceive any changes at all.

The line managers of the coachee noticed the greatest change in leadership behaviour. Peers and direct reports also saw changes, but this effect was less than that perceived by the line manager.

As a coach, it is reassuring that the impact of coaching was seen by those around the coachee in terms of observable leadership behaviour. Doug MacKie explains that the differences perceived by line manager, peers and direct reports could be explained by people at different levels rating different qualities. For example, line managers might be rating based on performance criteria whilst direct reports were rating on relational factors.

But why were no significant changes in the coachees own perception of their transformational leadership behaviour following the coaching? Why did everyone else notice a change, but not the coachee? The research does not offer an explanation, but there are several explanations I can think of.

As Doug MacKie pointed out, different raters were making assessments based on different criteria. And this could also have been the case for the coachees themselves. There may be a difference between observed behaviour and feelings. For example, the coachee may have been rating on how they felt rather than the behaviour they were demonstrating. Behaviour can lead feelings, because to a certain extent it is easier to ‘act as if’ as opposed to ‘feel as is’ on the inside.

Moreover, as we know, coaching creates change over time. So perhaps there is a ‘time lag’ effect with felt internalised change, as this is the last piece of the jigsaw puzzle to be put in place. If the coaching assignment is relatively short in duration, then this reinforcement process may have only just begun and the internalisation not yet taken place.

But the key point here is that leaders need to be aware that other people around them may observe a change before they feel any change themselves. This underlines how important it is to hold a three-way review meeting at the end of a coaching assignment, bringing together the coach, coachee and line manager to provide feedback to reinforce the on-going change. Similarly, if 360-feedback is used at the end of the coaching assignment to assess progress, then a careful debrief by the coach is important, again to maintain the momentum of change towards internalise felt change.

Ian is a qualified executive coach, leadership development consultant and co-author of Challenging Coaching. After gaining significant experience of leadership development and as head of talent management within an international FTSE 100 business, he now works at board and management level for blue chip international clients to create sustained individual and business change.

The value of having a coach or mentor

To coach or not to coach