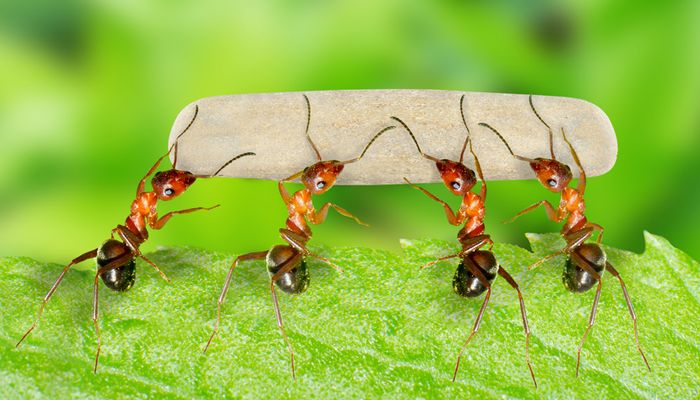 Unfortunately, power generally has a bad reputation. While social scientists define power, achievement, and affiliation as the three fundamental orientations in human social relationships, most of us are much more comfortable with calling ourselves achievement-oriented or affiliation-oriented than we are with owning up to being power-oriented. If someone strives to be successful at an art or a craft, we think of her as wanting to be accomplished. If a person is good at making friends, we call him popular. But if people are driven by a need to be continually in charge of things, we often describe them as power-hungry.

In other-words, most of us tend to view power in a negative light. That’s because most of our experiences with power are inside hierarchical organizations where power is equated with control.

The notion of power is actually neutral; it is neither good nor bad. Whether we experience power as positive or negative often reflects the quality of our relationships. That’s because power is always interpersonal and only exists within the context of relationships. In hierarchical organizations, power is generally ascribed by position, with those few in higher positions having more authority than the many in the lower ranks. Thus, most of us perceive the exercise of authority as about being in charge and having power over people.

The technology revolution, however, is radically reshaping the ways power is exercised, especially in large organizations. The late psychologist Abraham Maslow observed that the most effective leaders invest in power with rather than power over people. Our early experiences with online collaborations are demonstrating that Maslow’s observation holds true for organizations as well.

Wikipedia, Craigslist, Linux, eBay, and Google are not interested in exerting control or having power over people. These 21st century businesses understand that, in today’s fast-paced world, the best companies are those who build platforms to share power with people. By building networked structures to aggregate and leverage the collective intelligence of the many, these mass collaboration enterprises are able to redefine whole industries and easily outperform their traditional counterparts.

The leaders of these innovative enterprises understand that power with people is much more effective than power over people, especially when organizations have to manage at speed of change to remain competitive in a hyper-connected world. They also understand that, in a post-digital world, the basis for power for effective leadership is rapidly shifting from “being in charge” to “being connected.” Executive power no longer comes from dominating the thinking or directing the work of others; it now comes from integrating the best of everyone’s ideas and leveraging platforms of mass collaboration.

In contrast to traditional hierarchies, which limit the interpersonal influence of the many through the ascription of authority, the power structures of digital age companies amplify the opportunities for the development of relationships across all the people within an organizational network. The more connections there are, the quicker a business can access and leverage its collective intelligence.

The most significant leadership challenge for today’s corps of business leaders is making the shift in the way they approach power. If they continue to insist that power is a function of being in charge, they are likely to fall victims to the consequences of a world that is changing much faster than their organizations. If they can accept that power in a hyper-connected world is a function of being connected, both they and their organizations will become highly skilled in the exercise of power in a rapidly changing world. That’s because when you have the capacity to leverage your organization’s collective intelligence, nobody is smarter or faster than everybody.

Designing spaces for the connected leader