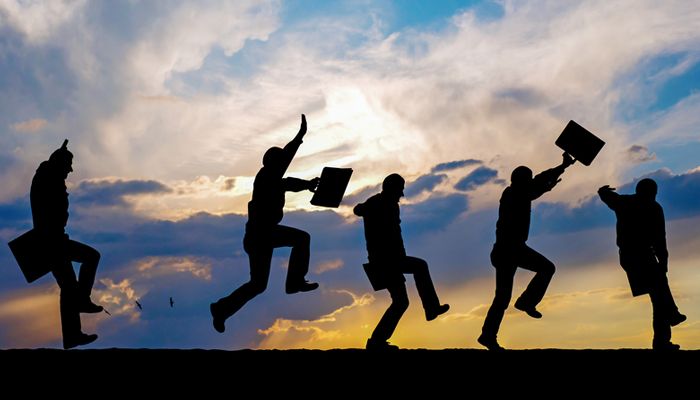 Reams have been written about the general benefits of physical activity to our health and about how organisations should be healthy if they want to be sustainable. But are we convinced enough that physical activity will truly benefit the service industry employee who, let’s face it, spends a great deal of his/her work time sitting down?

The importance of physical activity was corroborated in another study linking personality types to burnout. Here, the researchers conclude "The results suggest TDP [Type D or "distressed" personality] is positively associated with job burnout, and that physical activity might be a protective mechanism in this association."

At a macro level, according to the EU Labour Force Survey " … approximately 55.6 million European workers, reported that their mental well-being had been affected by exposure to psychosocial risks. Too little time and too much work was the most commonly selected main risk factor (23 %)."

Seemingly, the causes of individual distress/burnout can be both internal and external, hence the responsibility for this is shared by both employees and employers. If the outside interests of the employee involve exercise, we could argue that s/he will be continually productive. So perhaps there is even a case for assessing candidates’ time spent on physical activity in the selection process.

What is undeniable, however, is that the costs to society of the current situation are phenomenal; The figures speak for themselves.

In Europe, in 2013: "the cost to Europe of work-related depression was estimated to be €617 billion annually. The total was made up of costs to employers resulting from absenteeism and presenteeism (€272 billion), loss of productivity (€242 billion), health care costs of €63 billion and social welfare costs in the form of disability benefit payments (€39 billion)."

In the UK alone: "The Sainsbury Centre for Mental Health (2007) estimated that sickness absence due to stress, anxiety and depression costs British society approximately £1.26 billion a year (€1.49billion)."

A distressed or burnt out employee will have few options as their condition will prevent them from working effectively; so the vicious circle starts. However, when an employee is disengaged yet able to look for another job, one of the best options, according to S.Levitt & S.Dubner in their book ‘Think like a Freak’ is to quit. Quitting often equates to ‘giving up’, but they argue that it is good to learn how to turn your back on all those past efforts and ask the question: ‘What is the opportunity cost of me staying?’

For the employer, employee turnover also seems to be beneficial. Employee productivity recently showed some interesting trends in the UK according to the Financial Times. Between 2009 and 2012 there were fewer resignations and low levels of individual output were recorded over the same period. In other words, people were sitting tight, doing less and waiting for better days to come. But mobility has been on the rise since the first quarter of 2013 and it is suggested that increased job mobility results in correspondingly higher levels of output.

All in all, quitting seems to be quite positive at both individual, organizational and societal levels. Increasing your heart rate - and an unemployment rate of 5.6% in the UK and 5.1% in the USA - makes it easier still.

Malcolm Parker is an Associate Professor of HR Management at SKEMA Sophia-Antipolis in France and Head of Business-Bachelor programmes at the School.

Customer service work can be bad for your health

Bad bosses are bad for your health