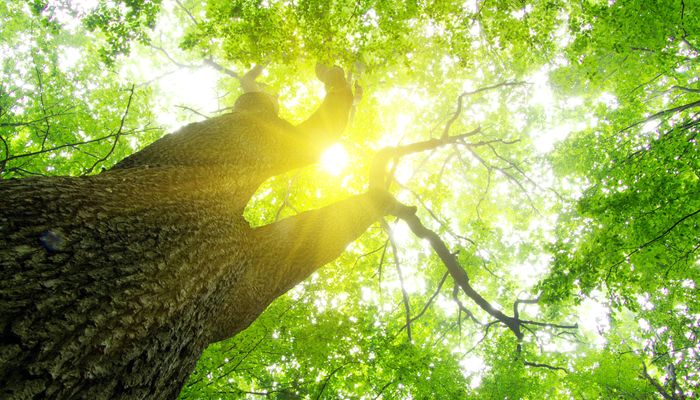 Green forest on a sunny day from Shutterstock.com
Aug 17 2015 by Michael Jones Print This Article

How do we create meaningful change within our organizations and communities? What perspectives and practices are necessary to make an intentional, substantive and lasting difference in these systems, particularly when their complexity puts them beyond the power of command-and-control?

This may be the paramount question of our times, as awareness of the complex, systemic nature of society’s problems calls for a fundamental shift in our way of thinking on order to respond to the growing urgency to solve them.

Writing in The Spanda Journal’s June 2015 special issue on systemic change, writer and business executive educator Carol Sanford, describes this changing story in the context of four paradigms that affect our understanding of systems and systems change.

In the same issue my colleague, consultant and researcher Michelle Holliday, and I explore these changing paradigms in a paper entitled Living Systems Theory and the Practice of Stewarding Change. (The paper can also be downloaded as a pdf).

Carol Sanford’s four paradigms could be described briefly as follows;

The machine paradigm arose with the industrial revolution and brought with it vastly improved mechanical production through mass production processes and improved productivity. The machine paradigm viewed nature as a machine that functioned with clockwork precision - an inanimate device that could ensure permanence and stability.

While this paradigm limits the scope for human imagination, creativity and individual initiative it offers in its place significant reductions in uncertainty, workforce conformity, predictability and controls over outputs and productivity.

The behaviorist paradigm extends the machine metaphor to include the control of the people operating the machines. The purpose of this control was to limit or eliminate such unpredictable variables as emotions feelings, moods or inner states of being. This was done through an emphasis on behavioral reinforcement and in which individuals were seen essentially as the sum of their behaviors and that these behaviors could be predicted if the right controls were in place.

In other words the machine was also in the man and the focus was in training, incentives, rankings etc that could be applied in order to get maximum output for the least cost.

The Human Potential or Humanist Paradigm

If our focus in the last two paradigms was on the elegance and perfection of the machine, in this paradigm there is a shift to celebrate the perfection of humanity. In this paradigm humans are far more complex than originally believed and have the inner capacities of a rich inner mind, an active and creative imagination and a sense of inner authority and direction.

Humans have an innate capacity to evolve and grow and are capable of experiencing a quality of life filled with happiness and fulfillment. The purpose of humanity is to realize their ultimate potential and to do so through discovering their own uniqueness and emotional intelligence.

The Regenerativity or Living Systems Paradigm

Regenerativity is based on living systems paradigm. With this worldview we understand that we don't stand along and apart in our achievements but instead are embedded in nature and in a larger eco-system that is alive with potential at all levels. And our work is interdependent with others and unfolds in the context of this larger whole, which is irreducible. In other words nature is the master designer and human beings and all of life is integral to the well being and flourishing of the larger system.

In summary, Sanford believed that of the four paradigms, a regenerative or living systems worldview held the greatest promise for bringing about sustainable large systems change in the next century.

Michelle Holliday and I also believe that an inquiry into a living systems perspective has broad relevance, extending from the multinational corporation to the mom-and-pop shop, from the sprawling metropolis to the rural hamlet. In each of these, there is the urge - and the ongoing imperative - to improve, to grow, to evolve, to adapt, to innovate. A practical theory of change that goes beyond mechanistic, behavioral or even human potential thinking is useful at each of these levels.

A living systems framework is helpful because, from our experience, wherever people are gathered, and at whatever scale, there is an emergent longing for change that is generative - bringing something new into being, creating a preferred future - and even for change that is regenerative, healing what has been wounded in our communities and ourselves by the structures we have inherited.

We address this longing with a set of observations that have emerged from our work and writing the past several decades:

A. Organizations and Communities as Living Systems: Organizations and communities exhibit core patterns common to all living systems. Those patterns provide the foundation of a useful and rational theory of change, helping us understand how living systems function and how we can influence them. Importantly, they help us see that the more relevant question is not “how can we change this system?” but “how can we support the system’s intrinsic ability to thrive?”

B. The Mythic Dimension of Life: As we acknowledge aliveness in our organizations and communities, this opens the door to the narrative-based, subjective, wonder-filled dimension of life, adding powerful generativity and regenerativity to the theory of change. This is the richness and depth of experience so many of us are craving.

C. The Role of Place: It is through a sense of place - of being rooted in and nourished by place, of weaving our own story together with the stories of the places we belong to - that we reconnect with the experience of the generative, mythic dimension of life most directly. With this insight, the living systems patterns take on new meaning in our lives and our work.

D. The Call to Stewardship: To embrace the living systems perspective in both its rational and mythic aspects, the leader’s role must shift from conductor of change to cultivator or steward, creating the fertile conditions for life to thrive and for change to emerge.

E. The Need for Practice Grounds: Such stewardship is less a position or a title and more an ongoing practice - one that can be undertaken by anyone in any context, and one that calls for dedicated practice grounds that are (a) guided by informed intention, (b) woven with story, art and inspiration, and (c) rooted in place.

Together, these observations have the potential to shift not only how we seek to effect change but why and to what end. We are moving toward what might be called the ecological age, in which we are asking: how do we craft spaces for life to thrive and align our thinking with how nature thinks? In these times, the true work of any change effort is to create generative places where people can learn, ideas can grow and life can flourish at every level. The goal is less to manage change as a distinct before-and-after scenario and more to recognize change as the nature of life and to embrace our role in hosting it as an ongoing, inspired practice.

Not only is this the pathway to intentional, substantive and lasting systemic change and to the greater richness and depth of experience many of us seek - our conviction is that these perspectives and practices are vitally needed if humanity is to find its way forward towards a positive future.