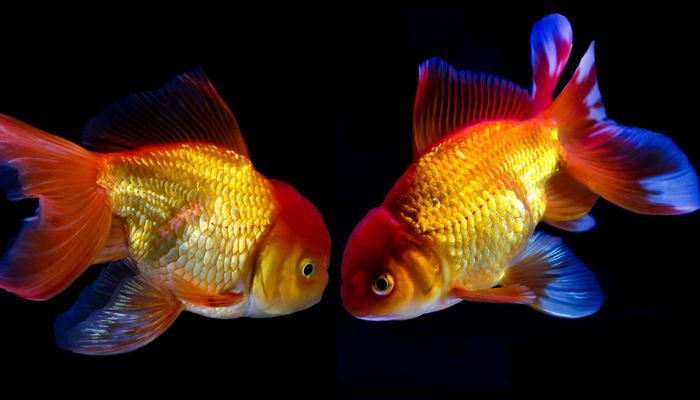 What should you do when you’re on the receiving end of low cultural intelligence (CQ)? Ideally, CQ is a two-way street where all parties seek to understand each other and use their diverse perspectives to come up with better solutions. But in reality, we continue to encounter friends, family members, colleagues and clients who make little effort to engage with others with any degree of cultural intelligence.

There are so many variables to consider, including the nature of the relationship and whether one party comes from a more dominant cultural group than the other. But here are a few suggestions for how to respond:

Start with assuming the best. It’s possible the other party was intentionally offensive but it’s just as likely it stems from ignorance. So perhaps the greatest test of your CQ is seeing whether you can take on the perspective of someone who exercises low CQ. How does this appear from their point of view and is there information that will help you better understand their perspective?

Beware of confirmation bias - the tendency to look for and favor information that confirms what you already thought. Confirmation bias occurs when you interpret something that is ambiguous or anecdotal and automatically assume it further supports the viewpoint you already have. We tend to scour social media, the news, and conversations for confirmation of what we already believe and ignore information to the contrary.

Sandra Upton, one of my colleagues at the Cultural Intelligence Center, recently interacted with a group of friends about an incident involving Kevin O’Leary, a.k.a. Mr. Wonderful from the TV series, Shark Tank. Some of Sandra’s friends felt O’Leary was being racist when he told two African American entrepreneurs selling colorful lipstick, that they were “colorful cockroaches”. O’Leary frequently uses inflammatory language (including “cockroach”) with all kinds of individuals whose pitches he doesn’t like.

Granted, cultural intelligence would help him understand that calling two African American women “cockroaches” is not the same as calling two Caucasian men that. But before too quickly assuming ill intent, applying CQ when observing something like this requires stepping back to see through the other individual’s eyes. What was the intent from what was said?

Good intentions don’t eradicate inappropriate behavior. But consideration of the intent is required before figuring out how to respond.

2. Use it as a teachable moment

Next, look for opportunities to have courageous conversations about why a behavior may be inappropriate or culturally ignorant. This has to be done carefully because most of us don’t want to be told we’re insensitive. But look for a chance to privately share how you interpreted the behavior and ask whether the other individual has ever considered that. If you believe their intentions were good, begin by reiterating that assumption. Then share your concern that you wouldn’t want others to misinterpret their intentions.

An effective solution for the Shark Tank incident may have been for Daymond John, the African American shark on the show, to talk with Kevin privately afterward. Daymond could affirm Kevin for his ongoing commitment to investing with people of color and ask if he’s aware that “cockroach” is sometimes used as a racial slur and may reflect on him in ways he didn’t intend. For that matter, any of the other sharks who have moderate CQ could have had this conversation with O’Leary.

When a family member, colleague, or client engages in culturally offensive behavior, speak up! I’ve made my share of stupid comments and if no one ever told me the negative connotations of what I said or did, I may continue to needlessly offend others.

There are several contingencies to speaking up. If I encounter a group or culture that doesn’t respect women, I’m not going to just sit back; but it’s also unrealistic for me to challenge every sexist comment I hear when I’m with that group. We have to figure out which interactions are most important and have the most potential for transformation to occur. And then we need to use our CQ to develop strategies to have these crucial conversations.

By now you’re probably assuming I’m advocating politically correct language. Not at all! In fact, I’m confident that an obsession with political correctness prevents us from having real conversations about these issues. Far too many students and people in the workplace are fearful of ever speaking up about these issues for fear they’ll be labeled a racist or an overly sensitive person.

I would never call anyone a “cockroach”, much less someone from a culture that has been consistently marginalized. And I think word choice is a big deal because of how quickly people form impressions based upon our language. But part of exercising our own CQ means not getting too caught up with policing people over whether they use the exact “correct” terms and instead, creating space for honest, heart-felt conversations focused on mutual understanding and solutions.

Consider Amanda Taub’s viewpoint that “political correctness” doesn’t really exist but instead, is a used against people who ask for more sensitivity to a cause than we’re willing to give - a way to dismiss issues as frivolous in order to justify ignoring them.

4. Remember your own CQ fails!

If you have a brain, you’re biased. So while giving people the benefit of the doubt, I’m not denying the inevitability that many comments stem from a position of bias. In fact, we’re spending a growing amount of time researching and teaching about the connections between diversity, unconscious bias, and CQ. Stay tuned for more on that front.

My frustration with others’ lack of CQ is tempered by remembering my own implicit biases and the ongoing journey toward living and leading with cultural intelligence. I recently gave a keynote presentation, during which I said “That’s insane!” and “He must be crazy!” One of the audience members wrote me a scathing note about my abysmal CQ by using such offensive language for those who struggle with mental illness.

While I wish she would have started by assuming positive intent, I immediately understood her point and it got me thinking about whether I have some unconscious biases in that area. Those kinds of incidents increase my grace toward others’ when they have CQ fails.

Whether it’s debating sanctions for Iran, flying the confederate flag, or integrating Muslims in Europe, I’ve yet to see someone change their perspective based upon a Facebook argument. I’m sure there are some rare exceptions but social media seems to do little to move these conversations forward.

This comes back to confirmation bias. Most individuals post diatribes on social media that reinforce what they already believe and they aren’t interested in being challenged, even if their viewpoint is proven to be false. Pick up the phone, go to coffee, and see what can be discovered together through conversation, mutual understanding and disagreement!

Cultural intelligence is an ongoing journey for all of us. The next time you are on the receiving end of low CQ, take a deep breath, seek to understand, and allow the experience to broaden, enrich, and expand your perspective and see if you can nudge the other party to do the same.

So I'm biased. Now what?

Why we need stereotypes