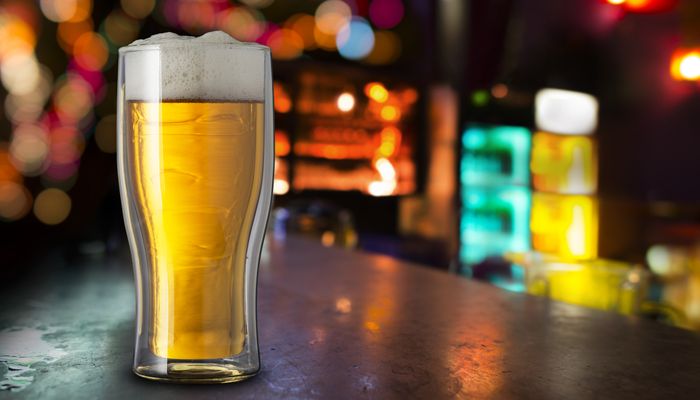 Glass of beer from Shutterstock.com
Aug 03 2015 by Nick Jeffrey Print This Article

Beer and pubs are universally associated with British culture. According to CAMRA - the Campaign for Real Ale - some 84% of people believe that a pub is as essential to the life of their community as a shop or post office. But many local pubs face imminent closure, something CAMRA views a major threat to British culture and is campaigning vocally to change.

Which got me thinking about corporate culture. Culture is fundamentally important for sustainable business. And corporate failure typically has its roots in cultural weakness.

A recent Grant Thornton report on Corporate Governance, The tone from the top, found that nine in ten business leaders worldwide believe culture is important element of a robust governance framework. But only two thirds said that their board's focus on culture is "about right".

Should we be concerned?

I find it encouraging that there is such broad-based acknowledgement that corporate culture is critical. Boards understand that this is important to their providers of finance.

But I am surprised that there is so much room for improvement in something so fundamental to sustainable business growth. Just think how great global business could be if they had all got culture right?

It is worth reflecting on why there is an apparent difference between the level of awareness of the importance of culture, and the amount of boardroom focus on it.

The early focus of corporate governance code writers and commentators was on what the board did and how the board did it. There was a lot of navel gazing about the meaning of 'independent' directors. Lots was written about who should sit on an audit committee (AC) and what an AC should do (the AC's role continues to expand). Ditto for remuneration committees and nomination committees. A really contentious issue used to be whether the chair should also be the chief executive.

All important stuff. But companies continued to fail.

Shareholders asked telling questions. The next step change was in thinking about risk assessment and controls to mitigate risk. And companies were encouraged to tell shareholders about their governance processes and procedures.

More recently, "telling" shareholders has been superseded by a desire for engagement to foster mutual understanding and the concept of stewardship.

And companies continued to fail.

Media and political attention has only more recently turned to cultural pressures or weakness. Think about the press reporting of 'excessive' executive pay or 'rewards for failure', the inquisitions into various financial institution, or the governance scandals consuming Olympus, Toshiba, Tesco or FIFA.

If only we had known 20 years ago that the Great Chair/Chief Executive Debate (#GCCED) was a mere sip from the glass compared to the barrels of importance now being ascribed to culture.

Culture is a buzzword; everyone is talking about it; everyone is looking to innovate. That reflects renewed understanding of its importance in the business environment. But more needs to be done. Yes, companies recognise the impact of the reputation of their suppliers and customers on their brands. But in terms of capital market evolution, many companies are still in the early stages of working out where they want to take their own culture.

This must be a priority for boards today. Companies will continue to fail. And shareholders will continue to hold companies and their boards to account. And collectively we will all try to learn lessons. That is how it works. The role of culture must be at the heart of that process.

In the 1990s, Grant Thornton might have surveyed companies about how many independent directors they had, and what their process was for board appointments. Early improvements in how a board operates are now assumed practice, and the role of the audit committee is now rightly considered fundamental to a company's continued well-being. Board activity over the coming years to embed appropriate corporate culture will also bring lasting societal benefit and will also become assumed practice.

So raise a glass to culture. Because both a glass of real ale and better corporate culture are worth the investment.

Nick Jeffrey is director of public policy at Grant Thornton, one of the world’s leading organisations of independent assurance, tax and advisory firms. He is also a beer lover and CAMRA member. He leads the company’s global public policy team which works with investors, policy makers and Grant Thornton International Ltd member firms on issues affecting clients and their communities.

The business five principles of Mars