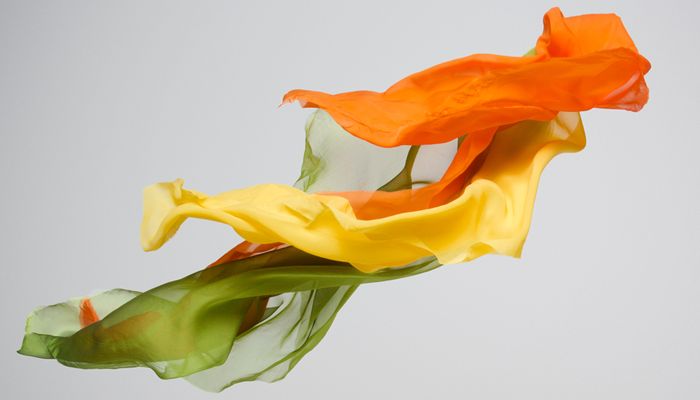 Image from Shutterstock.com
Aug 11 2017 by Michael Jones Print This Article

In his short poem, “The Third Thing”, DH Lawrence wrote: “The atom locks up two energies but it is the third thing present which makes it an atom.” That third thing cannot be explained.

In times of volatility, leaders need to think outside the boundaries of their own business, sector or nationality in order to engage the challenges and opportunities that exist in this ‘third place’ - the space in between. The ability to do this is what marks out ‘horizontal’ leaders - those who are capable of stretching their imagination to lead from these third spaces that are impossible for any one organization to see or handle on their own.

We usually speak of innovation as thinking outside the box. But horizontal leaders have learned to shift their span of vision even more broadly to think outside the building. In other words, they are true boundary-crossers who have developed a perception so sharp and subtle that they are capable of seeing beyond the defined mandates, goals and outcomes of their own organization.

Horizontal leaders are able to construct broadly-based coalitions and networks around ‘messes’ - those ill-defined, ambiguous and adaptive challenges that exist in a third dimension and as such lie outside the capacity or mandate for any one person or organization to solve, no matter how skillful they may be.

In this world of border-crossing and boundary-spanning, horizontal leaders don’t just look far ahead, they also look sideways in order to position their organizations in the marketplace and at the social nexus where sectors overlap and societal problems belong to everyone.

In other words, they understand the broader context in which they operate while also having the vision and management acumen to change it.

So what are the emerging skills for horizontal leaders who lead from the space between?

First these leaders are story listeners and storytellers. They recognize the power of a metaphoric language and how carefully-chosen imagery and powerful narratives can reach across the boundaries of conventional thinking. This expressive language gives leaders the tools to speak about what is often difficult to express.

Leading Without a Script

Second, to lead ‘outside the building’ is to lead without a script. An expressive language helps to articulate the dilemma leaders have in speaking clearly about those experiences and observations that cannot be contained in a spreadsheet.

To articulate from a third space requires a language rooted in a sense of vision and destiny, mystery, ambiguity paradox, and surprise. Leaders who learn to be literate in an expressive language hold a distinct advantage over those who can only convey their observations mostly in technical or linear terms.

Leading From the Power of Place

The third trait is the capacity to recognize the significance and power of place. These leaders are place-based in that they realize they need to know and care for the place they come from in order to grown into a larger place in the future.

In an unfamiliar world where there are no rules, no consensus and no clear way forward, if they have no place to stand they will lack the grounding to act wisely and respond to what the moment calls for.

Leading at the Intersections

Fourth, leaders who are place-based are also ecologically-minded. This is particularly true for horizontal leaders who need to lead along the margins where two or more constituencies, specialties, worldviews, biospheres or disciplines meet.

In nature these are the places where forest meets field and land meets sea. These are where nutrients are to be found and they serve both as vital intersections and also powerful points of connection.

To lead from this ‘space in between’ involves navigating the threshold between their own inner world of gifts, innate talents, and strengths and the outer world of outcomes and action. This includes aligning their aspirations and calling with the innate life force for change and renewal, of respecting paradox and differences, of listening for multiple perspectives and risking being authentic and real as an alternative to conforming to prescribed roles and responsibilities.

It is this ability to reach beyond their own expertise to access the unique power of learning at the intersections of many disciplines that distinguishes the leaders who are at the vanguard of their fields. By following the footprint exemplified by the emergence of these horizontal leaders we may better understand the qualities each of us are called to fulfill in order to create a positive future and a more ecologically minded worldview.

Steve Jobs was an avid student of third places and place-based leadership. He believed that the right kind of building can do great things for nourishing a culture. Simplicity of design flowed into the informal and functional simplicity of his living environment. The buildings he worked in, particularly in the early years, looked meager and stunted and were often located in remote areas, separate and apart from the busy mainstream of corporate operations. But it was here that Apple created the fertile conditions that would support radically new product innovations.

Pixar constructed a huge building around a central atrium. The topsoil here was found in this central and informal meeting place, a third place that served as the commons. It was designed to encourage random encounters and spontaneous conversation. If an environment doesn’t encourage this, Jobs believed, you would lose innovation and magic that is sparked by such serendipity.

Walter Isaacson, in his biography of Jobs, writes about how his heroes were people who could stand at the intersection of aesthetics and technology. It was building these bridges across spaces pregnant with possibility that Jobs was most passionate about.

If we extend the metaphor of topsoil further, we can imagine that it exists as a thin and permeable membrane bursting with energy, sitting at the intersection where any two or more forces come together. As Jobs said of these spaces where the life-force was most intense, “I want to create a ‘place between’ where engineers are working in tandem with designers.”

Jobs understood that the real innovation flows from what is unleashed when unfamiliar forces rub up against each other. These spaces in between take us out of the familiar because they are unscripted and free of routine associations. They open us to the kind of newness, curiosity and deep and playful exploration upon which creating a regenerative culture depends. They are places where we can build topsoil as we find new ways of meeting and talking together.

So building these complex social networks through nurturing third places is the equivalent of building healthy topsoil on the land. They remind us of the fragility of place, that the life force that creates and sustains the land is only six inches deep, yet the health of these six inches is crucial. It is all that separates us from the sudden collapse of physical and social ecosystems and their opposite, which is realizing their potential to flourish and grow.

Ultimately to lead from the space in between is to see our environment as being not only composed of physical structures but complex energy fields that are in a constant state of regeneration, flow and change. While we have grown accustomed to vertical and hierarchical relationships with our world, as hunter-gathers we survived and thrived in a horizontal, egalitarian relationship with the land.

Perhaps we have traversed open ground long enough through time for it to be remembered as our natural state.

Embracing the paradoxes of leadership