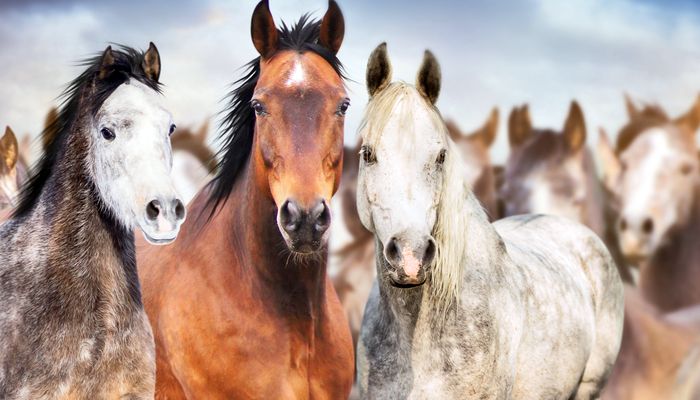 Herd of horses from Shutterstock.com
Jun 24 2015 by Jurgen Appelo Print This Article

Delegation is not easy. As soon as the idea of teams self-organizing is raised, most managers will kick back against a perceived loss of control while creative networkers sometimes don’t know how to self-organize. What organizations need, then, is empowerment for both management and workers.

Managing an organization is like leading a horse. Some are like the powerful lean thoroughbreds we see on the racetracks. Others are like sturdy draft horses that pull carts or ploughs. Other organizations may best be compared to pink fluffy unicorns.

But whatever kind of horse your organization is, it needs care, food, love, grooming and an occasional firm tug on the reins.

Let’s dismount from the horse and climb into an organization. Someone close to me has a very inquisitive boss. She’s always busy checking everyone’s work and has remarks, criticism, and corrections for everything. It’s not surprising that her staff are a bit scared of her, because she can respond like a rabid dog whenever she finds something objectionable. But meek horses and vicious dogs don’t go well together.

In her defense, as the manager of a government agency, she has a lot of responsibility. But people behave according to how they are treated. When the boss always corrects everything you deliver, why bother producing a polished result? She’s going to change it anyway! Thus, the quality of the work goes down, and the boss has to tighten her control even more.

Her intrusive management style also generates continuous confirmation that her world view is correct. The workers are sloppy, and they do deserve some growling and snapping! If the horse is used to being bitten, it will only move forward when it is being bitten. It’s a perfect example of a self-fulfilling prophecy.

Self-organizing system and the ‘darkness principle’

We can only escape this typical management trap and increase the quality of work when we distribute control in organizations. All around us (and inside us) complex systems self-organize successfully because control is rarely centralized. There is no master T-cell that controls your immune system; there is no primary pacemaker cell that regulates your heartbeat; and there is no central neuron in your brain that creates consciousness. In complex systems, control is typically distributed among the parts.

And that’s a good thing! If your immune system had a control center, it would be very easy for viruses to take it down. And if your heartbeat were managed by just a few cells, you wouldn’t survive long enough to read to the bottom of this page!

Another reason for distributed control can be found in the darkness principle. This says that each part in a system is unaware of all the behaviors that occur elsewhere in the system. If one part “knew” the entire system, the complexity of the whole system would have to reside in that single part.

The darkness principle explains that each worker has only an incomplete mental model of all the work. And the same goes for their manager, too! Only the whole organization understands all the work. That is why it’s best to distribute control among everyone.

Complex systems survive and thrive because control is distributed. It is why the Internet cannot be destroyed. It is why terrorist groups form independent, self-organizing units. And it is why organizations require workers to have a high level of control over their own work. A top-down style of management is undesirable because it stifles an organization’s ability to deal with complexity.

So, why not get rid of the hierarchy completely?

Companies differ from natural systems because of legal authority. The people in an organization are not allowed to break any laws. Managers are authorized by the business owners to hire and fire people, to commit the whole business to services and payments by signing contracts with customers and suppliers, to take care of the money that goes in and out of the organization, and to delegate work to other people.

This all passes through the organization in a hierarchical fashion to enable traceability of authorization. As far as I’m concerned, that’s one of the very few things for which a hierarchy can be useful.

Jurgen Appelo is pioneering management to help creative organizations survive and thrive in the 21st century. He is the author of Management 3.0, which describes the role of the manager in agile organizations. His most recent book, #Workout, offers practical ideas to engage workers, improve work and delight clients. He is also a Top 50 Leadership Expert and a Top 100 Great Leadership Speaker.

Career planning 101: what I wish I'd known then

The bottom line on radical management

The bottom line on radical management