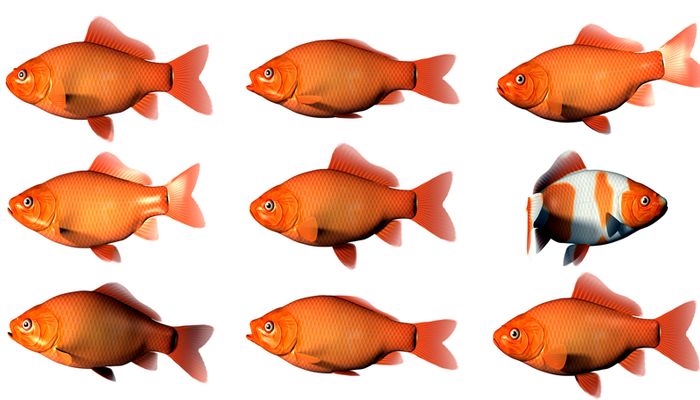 Image from Shutterstock.com
Aug 30 2017 by Robert Kelsey Print This Article

Outsiders are usually the disruptive workplace mavericks that employers cannot wait to see the back of. So how can managers turn them into positive employees?

There’s no denying it, employing outsiders can be painful. Sure, most misfits are creative: capable of thinking outside the box etc. But their individuality and selfishness - along with their sensitivity, defensiveness and dislike for authority are an explosive mix, making them ignorant of the needs of any team, and certainly any leader. They can be viewed as troublemakers and condemned as rebels. And they’re a manager’s worst nightmare.

Of course, by outsiders I don’t mean vertical divides such as race or gender. Sure, being the “woman in a man’s world” is a challenge, generating self-consciousness as well as concerns such as imposter syndrome. But they’re not intrinsically incapable of fitting in, unlike true outsiders. No, I mean the psychological, often behavioural, differences that divide sometimes troubled individuals from the group.

The roots of such an estrangement are actually tribal, with certain individuals being incapable of adopting the norms, customs and practices of their allotted tribe (which, these days, means their workplace community). This leads them to challenge conventions and even hierarchies, usually negatively.

The roots of such estrangement can often be found in childhood stress: hence the defensiveness. By the time they reach adolescence, however, the feelings of “not belonging” have usually gelled into a full-blown identity crisis. Here, outsiders stop looking inwards and instead search beyond their community and peer group for identity. Of course, this makes them adventurers. But it also makes them almost impossible to control.

In the workplace, outsiders can feel trapped. They’re frustrated, though often highly competent. Many are risk-takers: mavericks. They are creative, crafty and certainly brave. Of course, some go on to become ground-breaking innovators in one form or another (music, art, film), while many more become entrepreneurs. Yet they can work well within a formalised company setting, as long as their managers know what they’re dealing with, as well as how best to incentivise them.

Certainly, utilising the skills of an outsider while keeping a lid on their self-destructive attitudes and behaviours, as well as their sometimes highly-volatile reactivity, can be an exhausting task for any manager. Most give up and plot their exit, which is a waste of energy and potential. Far better to find a way of incorporating outsiders.

As a self-declared outsider I was a terrible employee. But now, as an entrepreneur, does that mean that I can be a better employer of “difficult” people? Well, I try and utilise the insight gained from my own behaviour in my “terrible-twenties”, now that I’m the one managing, rather than indulging in, the sulks, paranoia and histrionics of the typical outsider.

So, given my enlightenment, what would I have done in my former employers’ shoes? Six things:

1. I’d have sold me the big picture. Philosopher and Holocaust survivor Viktor Frankl opined that “what man requires is not some tensionless state but rather the struggling and striving of some goal worthy of him”. Outsiders struggle and strive but to no purpose. Give them a purpose and they’ll fight for you like no other employees. But that requires bringing them in on the big picture. What are the greatest goals of the company? And its founding principles? And how is our outsider employee a core part of that quest?

2. I’d have set personal goals, and then backed off. Outsiders react badly to being over managed. So set some personal goals, and then set them free to achieve them. A big leap in the right direction comes from meaningful delegation, or what Ken Blanchard called “One-Minute Management” in which a joint vision of the final result is agreed before backing-off completely to allow them to, not only execute, but work out the route to execution.

This way, they learn skills rather than carry out instructions. And that unleashes their creativity and motivates. Yet, this should be combined with personal goal-setting: so the tasks they undertake are clearly within a required framework, part of their personal big-picture.

3. I’d have encouraged better decision-making. Outsiders make terrible decisions, largely because they’re too driven by their emotions to make rational judgements. Indeed, emotions are probably an outsider’s biggest issue. Yet controlling their emotions is, oddly, a matter of including them, as advised by Edward de Bono in Six Thinking Hats.

De Bono states that preventing emotions from being the secret saboteurs of decision-making requires an admission that they’re important (so shouldn’t be suppressed). But that they’re just one part of any decision-making process. Other elements, such as process, control, optimism and creativity, are also relevant. But as fear and pessimism have a legitimate place in the process, just not a dominant one.

4. I’d have encouraged empathy. Outsiders have a problem with empathy. In fact, many have what I call “distorted empathy”, in which they become divorced from what society judges good and bad, even finding themselves sympathising with the people most others condemn.

Of course, this can be disastrous at work, with outsiders potentially causing offence with every utterance. Yet you, as their manager, should try the same trick. Stand in their shoes, just for a moment. See their struggles. And you’ll see that being aloof, pompous and hard-nosed only entrenches their estrangement, pushing them further to the edge.

In fact, one effective trick when defusing a situation is to apologise (for anything). It shows respect and appeals to their overly-honed sense of injustice. And it usually has them doing the same back to you.

5. I’d have praised liberally, but watched closely. Outsiders love praise. It’s their currency, far more than money or power. To have their work validated by their seniors helps overcome the self-esteem issues that secretly boil away within them. Yet they do need watching. Too much praise and they can become arrogant - buying the propaganda. So keep an eye on their reactions for signs of hubris, which can be dealt by liberally-praising others (rather than through any destructive criticising them).

6. Finally, I’d have given me real responsibility. Outsiders are mavericks requiring containment. But they’re also brave, competent and (usually) clever. In fact, stripped of the emotional baggage they can make great leaders, which is interesting, because the process of making them a leader also prevents them being disruptive mavericks. Though it’s a courageous manager who does that . . .

Robert Kelsey is a best-selling author, CEO of Moorgate Communications, a leading financial PR agency in London and deputy chairman of the Centre for Entrepreneurs. His 2012 book What’s Stopping You?: why smart people don’t achieve their potential and how you can has been translated into 10 languages. His latest book, The Outside Edge (Capstone, April 2015) offers practical guidance to help tackle the insecurities that blunt our potential for achievement.

The best way to vent your feelings

The magic of difference

Are you helping difficult people to be difficult?

A manifesto for mavericks