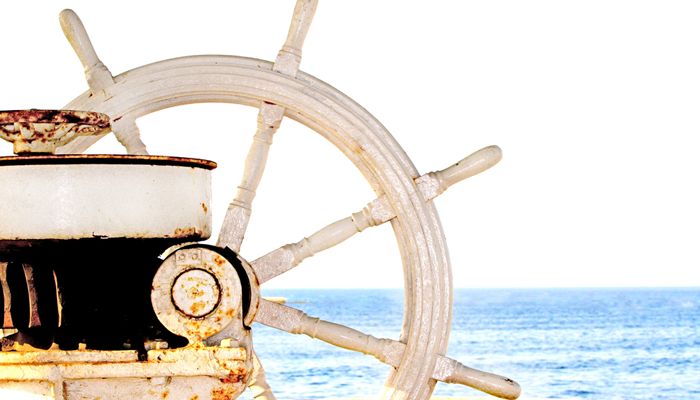 Not that long ago I sailed around the world with about 600 college students as part of a program called Semester at Sea. It was an absolutely fascinating experience in so many ways. I had the opportunity to visit many new countries, learn about numerous cultures, explore countless temples, and so much more. Without a doubt, it was the most significant learning experience of my life.

In many ways my experience was not much different than the thousands of people who participate in study abroad programs, gap years, or other global experiences. But what makes my experience somewhat unusual is that I’m not a college student but rather a professor. I was invited to participate based on my education and experience (read ‘age’, since I am a baby boomer). Presumably the idea was I would share ‘my incredible wisdom’ with these young college students in an attempt to satisfy their thirst for knowledge.

Over the 100-day voyage there were certainly many opportunities for the students to learn from me. After all, they attended dozens of classes, wrote papers, participated in field labs in ports and more. But the surprising thing is that I think I learned more from them than they learned from me. Let me say that again. I (the professor) learned more from them (the students) than they learned from me. I know some of my colleagues will be horrified to read this.

Similarly, I suspect many baby boomers running businesses would be equally shocked to hear one of their peers say the same about their 20-something new hires or interns. In fact, before this around-the-world transformative experience I would have been one of them. I would have argued that knowledge gets passed down from one generation to another. I never would have imagined that knowledge can also flow up - or at least, not at the magnitude I witnessed during our voyage.

The most important lesson I learned was that most of the stereotypes my generation has about millennials are simply not true.

Take the most obvious one. The ship that was our home for the expedition had very limited Internet access; it was slow and expensive. I expected to see students suffer from Facebook withdrawal. In fact, exactly the opposite happened. Once the students realized that it would be difficult (and expensive), they simply opted to meet in spaces around the ship and socialize with real people in real time.

Ironically, throughout the voyage it was very common to see frustrated baby boomers holding laptops over their heads trying to capture a weak wireless signal to send a tweet or upload a photo to Instagram.

Lesson 1: Millennials do not need to be connected (but maybe baby boomers need to be).

Perhaps the most encouraging things I learned surrounded the students’ genuine interest in the well-being of others. My generation, it seems, grew up in a cut-throat environment where many successes were built on the backs of others - you know, those ‘weak’ folks in the organization. We envisaged the corporate world in terms of a war zone in which there was winning and losing, casualties of battle and a need to kill the competition. That’s why virtually all baby boomers success- stories are littered with military lexicons.

In contrast, the students I sailed with were authentic in their concern for others, including their peers on the ship or the many less fortunate folks we encountered along the way. I learned a lot about empathy, authenticity, and kindheartedness from watching them in action.

Lesson 2: Millennials care about others.

Watching 600 twenty-somethings board a ship and prepare for a trip of a lifetime is a remarkable experience. Their curiosity, excitement, and anxiety were flowing like lava from an erupting volcano. Perhaps more captivating was their near-magic ability to quickly know everyone else on the ship. I termed this speed friending.

By the end of the first day our floating campus had the atmosphere of a community that had been together for ages. No need for meet and greets for these folks. Yet ironically, the faculty and staff had spent the previous two days in organized events designed specifically for us to get to know each other.

In 2005 Thomas L. Friedman penned The World is Flat. This seminal work was an introduction to the concept of globalization, primarily written for baby boomers. Everything he wrote about occurred before the students I was sailing with started high school. But as earthshattering as many of the concepts may have been to baby boomers, a flat world is the only world young people have ever known. The idea of an interconnected world where an entrepreneur in India can compete with the establishment is not only not news to them, but it is completely normal and the world in which they are extremely confident they can be successful.

As I watched these intelligent, curious, and caring young people travel the world I learned that these are exactly the type of leaders we need. They bring a fresh, exciting, and almost radical view to organizations.

Of course, I understand that not all Millennials are exactly as the ones I sailed with and neither are all baby boomers as I described; however, there are enough differences that it is worth creating a environment of collaboration between the groups.

Cross-generational knowledge transfer and learning has incredible potential. Was I fortunate to be with an extraordinary group of young people who are not representative of their peers? Perhaps. What has your experience been?

John P. Girard, Ph.D. is a professor, storyteller, and adventurer. He holds the Peyton Anderson Endowed Chair in Information Technology at Middle Georgia State College’s School of Information Technology and is founder and Chief Knowledge Strategist of Sagology, a firm dedicated to connecting people, facilitating collaboration, learning, and knowledge sharing through keynotes, workshops, and consulting.

How to stop Millennials wrecking your business

Why it doesn't pay to pigeonhole Gen Y