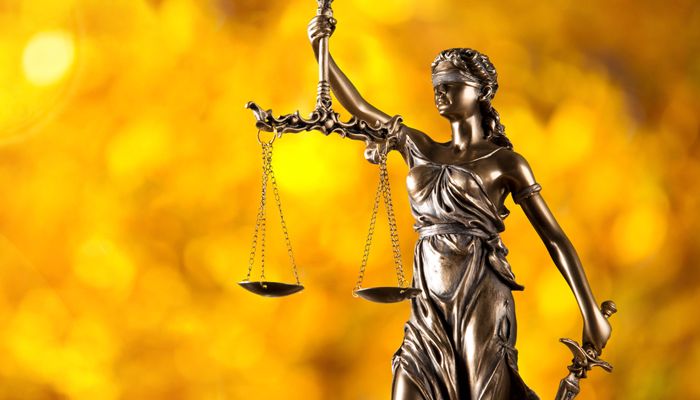 Themis and scales of justice from Shutterstock.com
Jun 09 2015 by Isabelle Chaboud Print This Article

Last February, following the revelations of the Swiss Leaks affair, HSBC's CEO, Stuart Gulliver, offered his "sincerest apologies" for the tax avoidance practices carried out by his bank on behalf of its clients. But does his statement indicate any real evolution in banking practices or a step towards more ethical banking?

The reputation of HSBC has suffered numerous setbacks over recent years. After revelations concerning the rigging of Libor and Euribor benchmarks as well as the bank's role in the U.S. subprime crisis, the Swiss Leaks affair, which began in 2008, uncovered systematic tax evasion carried out for clients by HSBC's Swiss subsidiary, HSBC Private Bank.

The details, which were then published by the newspaper Le Monde and a consortium of international media, exposed a worldwide scandal that implicated more than 100,000 clients and the transfer of € 180 billion via secret bank accounts belonging to HSBC's Swiss subsidiary. The source files for this scandal unmasked the tax evasion activities of numerous international personalities in business, politics and the artistic world.

These secretive transactions, which took place between 2006 and 2007, were made public thanks to files copied by a former employee, Hervé Falciani during his time at the HSBC subsidiary in Switzerland. It would appear these transactions started in 2006 as a means of circumnavigating new regulatory agreements with tax havens outside the European Union. Thanks to these agreements, banks are now required to inform relevant tax authorities of any European client who holds a bank account in a tax haven. This in turn is supposed to lead to such clients being forced to pay taxes they had avoided for years.

Banks such as HSBC Private Bank were revealed to have bypassed this regulation by transferring individual client funds towards foundations or offshore companies as the new regulatory measures were only focused on individual accounts. As a result, HSBC has come under fire once again and is being investigated around the world for illegal banking activities and money-laundering.

In France, the bank's subsidiary was indicted for these activities while in Belgium, the judge in charge of the investigation is considering international arrest warrants for certain HSBC directors. In the United States, the bank is under investigation for tax fraud along with other Swiss lenders. The details of British citizens who benefited from HSBC tax evasion practices have been made public and have renewed interest in the debate concerning the conflicts of interests between politics and business. The British Parliament is also preparing for a large-scale investigation of the affair.

On Sunday, February 15, 2015, Stuart Gulliver, the CEO of HSBC offered up his "sincerest apologies" for the tax evasion practices orchestrated by the bank's Swiss subsidiary. By publishing this apology in full-page publicities across several leading Sunday newspapers such as the Sunday Times and the Sunday Telegraph, the bank was most likely hoping to send a strong message.

Mr. Gulliver, who has been the CEO of HSBC since 2011, stated that while these revelations had been a "painful experience" for the bank, its Swiss subsidiary had been "completely overhauled" since 2008. He added that the bank had no desire to do business with clients who wish to evade taxes and who do not respect the bank's regulatory compliance standards.

According to Mr. Gulliver, the bank's Swiss subsidiary had reduced its employee headcount by almost 70% and 106 of the 140 clients listed in the stolen filesare no longer HSBC clients. He also challenged the 100,000 clients cited by the media and responded that at its peak, the HSBC Private Bank had 30,000 clients at most.

However, the CEO also stated that since Mr. Falciani's leak of HSBC files, the bank's operational practices had been modified on a fundamental level. As a result, HSBC has set up "enhanced control" of its clients and reinforced the teams in charge of compliance by adding 7,000 employees to this activity. We can only hope these actions are a sign that these large and complex organizations have realized the need for additional resources if they hope to control their activities.

In any case, the written apology by Mr. Gulliver was widely discussed by British and international press. All the more so because the apology was addressed not only to clients but also to the bank's shareholders and employees.

On June 4th, 2015, HSBC agreed to pay 40 million Swiss francs ($43 million or €38 million) as “compensation” for “organizational failures” - but without any admission of guilt. With tax evasion not being considered a criminal offence under Swiss law, the company communicated that the compensation was a means of demonstrating their willingness to cooperate with authorities. As a result of this payment, Geneva's prosecutor will no longer investigate HSBC Private Bank for money laundering. However, this payment will not put an end to investigations underway in many other countries.

In addition, HSBC has now been named in the recent FIFA governance scandal. An investigation is being conducted by the FBI on bribery and corruption at FIFA and could lead to another HSBC scandal if the bank is found guilty of processing illegal payments to FIFA officials. According to the Financial Times, HSBC has already paid $1.8 billion in fines for money laundering and sanctions violations in 2012.

A sliver of hope for ethical practices?

Should we believe that such a public message from the CEO of Europe's largest bank is a positive sign for the future? Are these financial behemoths ready to evolve? Do they realize the shortcomings not only of their organizational procedures but also in terms of their culture and values?

We can hope that the disclosure of such practices by courageous individuals such as Mr. Falciani will help change mentalities. However, we will have to wait and see if other major banks will follow in Mr. Gulliver's footsteps. Is it possible we have finally reached a turning point where we will be able to seriously consider the limits of this culture built on maximum short term profits at any cost? It is clear that this is the message we must transmit to future generations of students in finance, economics and management, for it is they who will be charged with the responsibility of bringing about ethical change.

Business schools can provide students with an increased awareness of the ethical dilemmas and conflicts of interest to be found in the financial services sector, and ensure these issues are included in the curriculum. However, we also need new rules and better protective measures for whistleblowers as well as strong sanctions to deter those who commit fraud.