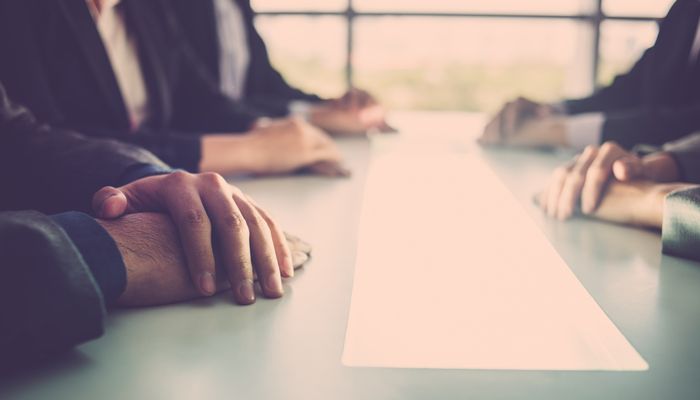 Hands on a conference table from Shutterstock.com
May 11 2015 by David Livermore Print This Article

Imagine you’re negotiating a contract with a bank where your brother is a senior executive. To what degree should both of you be directly involved in the negotiation? This was the dilemma recently faced by a U.S. executive working in Mexico. His U.S. company was negotiating a deal with a Mexican bank where his brother was a vice president. The Mexican bank believed it was essential that both brothers be directly involved in the negotiation because their ties and reputation were an asset to the deal. But the U.S. company said, “Absolutely not. That’s a conflict of interest!”

Regardless of the cultural context, the objective in negotiation is to reach an agreement that mutually satisfies both parties’ interests. Accomplishing that across cultures requires a high level of cultural intelligence (CQ). Jeswald Salacuse, author of The Global Negotiator, suggests ten questions to consider when negotiating across cultures.

These questions, together with the four CQ capabilities, provide you with an effective strategy for negotiating across cultures.

For some cultures, partnering implies building a relationship, whereas for others it’s primarily a contractual transaction. Determine the goal as soon as possible. If you’re trying to partner with relationally driven negotiators and you over-emphasize your ability to deliver a low-cost contract, it can cost you the deal. For those who primarily want a contract, trying hard to build a relationship may be viewed as pandering and wasting their time.

Many negotiation books presume everyone is after a win-win; however, some cultures and organizations are driven by an approach that assumes one side wins and the other side loses. Win-win negotiators see deal making as a collaborative, problem-solving process, whereas win-lose negotiators view it as confrontational.

Some cultures, such as Koreans, prefer a formal style of negotiation that emphasizes titles and avoids discussions about personal matters. North Americans usually begin more informally by starting negotiation discussions with some small talk and referring to people by their first names. It’s safer to begin with a more formal approach and move toward a more informal one when it becomes evident that the culture and situation allow for it.

In cultures that rely on indirect communication, such as many of the Confucian Asian cultures, an initial meeting will rarely disclose a definite commitment or rejection. Indirect negotiators are wise to recognize that their direct counterparts may not accurately understand what’s occurring if it isn’t explicitly stated.

5. Sensitivity to Time: High or Low?

In many Asian and Latino cultures, it’s impossible to reach an agreement without extended time to get to know each other. This may include going out for dinner or drinks, visiting national landmarks, playing golf, or going to a cricket game. In contrast, many Western European and North American cultures value expediency in reaching a deal. For these individuals, vast amounts of time socializing can seem like a disregard for the value of one’s time. Adjust your expectations and remember that it almost always takes longer to negotiate across borders.

To what degree should you express the emotions you feel related to reaching a deal? Affective cultures such as Latin Europe are more likely to show their emotions at the negotiating table, whereas neutral cultures such as the Dutch and Japanese are unlikely to disclose their feelings toward the deal. Start more neutral and follow your counterpart’s lead.

7. Form of Agreement: General or Specific?

North Americans typically prefer detailed contracts that cover any type of situation that may arise. However, many other cultures, such as the Chinese, prefer contrasts that represent general assumptions and guidelines, believing that the agreement is based primarily upon the relationship between the two parties, not an abstract document.

8. Building an Agreement: Bottom Up or Top Down?

9. Decision: One Leader or Group Consensus?

Any effective negotiation requires learning who ultimately makes the decisions. But this isn’t always easy to determine. Many collectivist cultures have large groups show up for a negotiation meeting and many others not at the table may also be involved in reaching consensus. And many individualist cultures expect that one or two key individuals will ultimately be the ones who make the decision. Don’t assume you know who the decision maker is. Use your CQ Knowledge and Strategy to figure it out.

As always, beware of an over-reliance on broad cultural norms. They’re a good first guess, but they can derail your entire negotiation process when applied too broadly or mindlessly.

Once you have a negotiation plan in mind, hold it loosely and be ready to adapt. Anticipate ahead of time where you will and won’t adjust. And the more you become adept at using these kinds of questions and reading the cues, you’ll find they make you a better negotiator within your own culture as well.