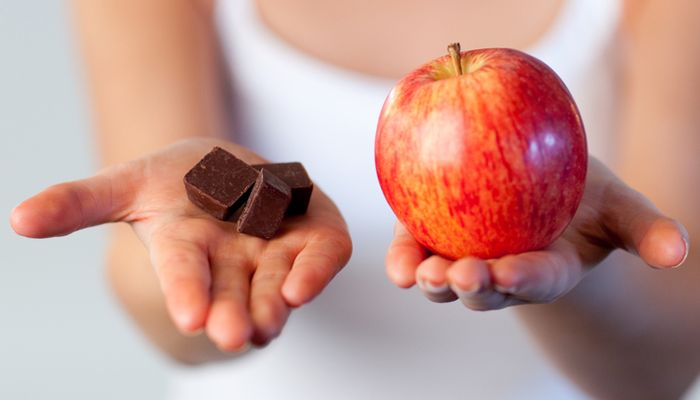 We’re not even two months into the year and I’d wager that the old cliché is true. Resolutions are made on January 1st and generally they’re forgotten by February 1st. If we don’t take action, we’ll end this year making exactly the same resolutions again in 2022. That doesn’t mean you’re lazy or lack ambition, it means you’re human and nobody’s helped you do it right.

If your resolutions have already fallen by the wayside, don’t despair. But at the same time, don’t fall into the trap of simple trying to reiterate them. If your resolutions didn’t work in January, they’re not going to work in February or March or April. There’s a better way. And it’s a simple, four-step process.

Just four steps. That’s all it takes. So how come books on achieving your goals make it so complicated? Well, you wouldn’t pay for a book as short as this piece would you? People have to pad it out and give it some kind of fancy name so that you’ll hand over some money. I make my money doing other stuff, so I can be concise. I’m not selling anything. Weird, huh?

So here we go. Imagine it’s next New Year’s Eve. What’s the ONE THING you want to be different? What do you want to feel proud that you did? For example:

That doesn’t mean you can’t achieve other things as well, but this is going to be your highest priority, so pick something you’d really be proud to have done. If you achieve it in less than a year, great! You can move on to your next goal.

One of the main reasons people fail to achieve their resolutions is they don’t chunk down their goal into small enough bits. They start out big. Perhaps they take out an hour a day to exercise, for example. But inevitably, life takes over. The stuff you used to do in the time you’re now spending on exercising still needs to be done, so you fall behind. And before you know it, it’s too hard to keep up the new effort and you stop altogether.

The reason you fill in these sentences once a week is that what you will be doing will change as you make progress. Once you’ve spent a few weeks jotting down general ideas about your business, you may decide to spend that 15 minutes a day developing some specific areas. Once you’ve learned a bunch of new words in another language you may decide to spend 15 minutes a day listening to audio lessons on how to form simple sentences, Most of the time you’ll find it easy to figure out the next logical thing to do.

Second, what can you do less of? If you’re getting more than seven or eight hours a night of sleep, you can sleep 15 minutes less. Set your alarm 15 minutes earlier, or go to bed 15 minutes later. Or you may choose to eliminate 15 minutes a day of TV, Facebook or Twitter time, or something else. There isn’t anybody who can’t find a spare 15 minutes a day.

Your memory sucks (at least mine does)

You may think there’s no danger that you’ll forget to do your 15 minutes a day, but there is. Trust me, I’ve done it myself.

We need to remind ourselves to do it. One way is to link it to something we do already--something we like or need to do, so we never forget to do it. For instance, you might decide:

You can also set an alarm, or authorize somebody in your household to remind you every day, or make a pact with a buddy to phone or email each other every day, or email yourself at the end of every day. It’s a good idea to use two or three methods at first, to make sure that you’re remembering to do the fifteen minutes. Eventually it will become a habit, but that may take six weeks or more.

Also set up a way to remind yourself to review your progress once a week and set out the plan for the next week. Put it into your calendar, add an alarm to that day, schedule a call with a buddy so you can compare progress and support each other in setting up the following week, or whatever works best for you. It may take a few tries until you find the method that works every time.

Fill in the following:

If you ever lapse, take that as a signal to try something else, not to give up doing the 15 minutes!

I lied. There are really only three steps, but I’m making the fourth one “do it today”. Ideally, NOW. Skip reading the rest of your emails for the next fifteen minutes. If you haven’t filled in the sentences above, that can be your fifteen minute task for the day. That, plus setting up whatever kind of reminders you’re going to use. If you’d like to have a goals buddy, forward this email to them and invite them to join you.

Did you notice that I asked you to fill in the sentences “in writing”? You need to write or print out those completed sentences and keep them where you can see them every day. That’s an important part of the method, please don’t skip it.

What about stuff that can’t be done in 15 minutes a day?

By putting in lots of daily short sessions, you will gain momentum. You will see your goal starting to become real. You will feel proud of yourself. You will have greater motivation to keep going.

You may reach a point where 15 minutes a day isn’t the ideal way to spend time on your project. That’s fine, then you can get creative about how to find bigger chunks of time. Maybe you will decide to spend 30 minutes every other day. Or maybe you will be excited enough by your progress to give up an hour a night of TV in favor of working on your project. Or maybe your project now seems more desirable than however you used to spend your Saturdays, and you give it a full day every week.

The process will be basically the same, though. For every new chunk of time, you decide on something to give up, you work out each week what you’re going to do, you set up reminders for yourself, and you keep going. The closer you get to your goal, the more exciting and easier this gets.