Let me spell this out for you 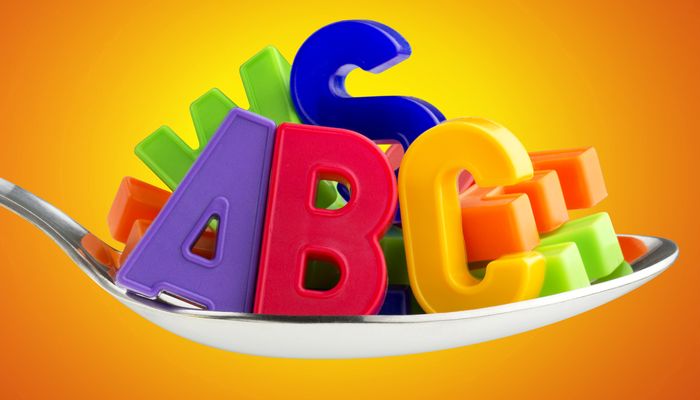 Plastic letters on a spoon from Shutterstock.com
Feb 09 2015 by Janet Howd Print This Article

If the purpose of education is to enhance the human condition and elevate the mind, today’s educators need to find new ways to service the learning of a generation who can now encompass the globe without doing anything more taxing than tapping their fingers or clicking a mouse.

As technological advances revolutionise information-gathering, it is becoming ever more apparent that information dissemination is lagging behind.

Could this be because the code we use to write down our thoughts is well past its sell by date?

As a tool for describing the same words we use in the spoken dissemination of information, English spelling (the lingua franca of the World) has so many handles and variations that no one has ever - of their own volition - been immediately able to tell which one to grasp and to what effect.

This convoluted system disadvantages even the most able brains, because internalising it uses up time that could otherwise be spent absorbing the information that spelling is supposed to facilitate.

To discover the provenance of this deeply-flawed system we have to go back to the publication of Samuel Johnson’s dictionary in 1755, since it was with the words set down in that volume that ‘correct’ English spelling made its debut.

Nine generations of learners since that time have had to undergo spelling tests and get them right in order to be thought of as ‘properly’ educated. (The corollary of that, of course, is that anyone writing in the English language before that date should be deemed a numbskull - Shakespeare included!)

Amazing and varied technological changes have occurred since Dr Johnson published his dictionary. But of those, the fact that a person of any age can now hold the knowledge-bank of the world in the palm of one hand would most have delighted the great man. It would also have made him realise that the system of support for supplying that handheld with information in written English is hideously out-dated.

Isn’t it time for us to acknowledge that the English spelling system - encompassing as it does so many historically-driven design flaws - is no longer fit for purpose? Isn’t it time for us to accept that persisting in putting people through their paces in a pattern of education that hasn’t changed since the only means of locomotion was paces, is positively Luddite. Surely there could be no better time than now for us to make English spelling (that ridiculously complex signifier of specific sounds) so immediately recognisable and accessible that anyone with an ounce of sense would be able to get to grips with it in an instant?

Unless we English users seize the day, the technological thrust in speed of communication that is now underway is likely to come to a grinding halt. And that halt will not only adversely affect knowledge acquisition but also adversely affect wealth creation.

I would not be writing about this if I did not know from experience that an alphabet - known as the phonetic alphabet - wherein one specific written sign describes one specific spoken sound no matter where or when that sound appears within a word or group of words, is already in existence

From working with actors from all walks of life and of different nationalities who have to articulate an accent other than their own in order to play a role, I know that the phonetic alphabet is easy to learn, and that the accuracy of sound described by each phonetic symbol is such that actors can always recreate that sound when they see its symbol on a page.

Fortuitously, my decision to address this problem with readers of Management-Issues coincided with a news item in which the English Spelling Society announced a congress to be held later this year to discuss ways to translate our battered 260 year old spelling format into one that is clear-cut and pristine. They are thinking of possibly running traditional spelling alongside phonetic spelling for a trial period in order to quantify and compare exactly how much speed of comprehension and literary clarity is gained from each.

As the same Dr Johnson who got us all into this mess, wrote, “Knowledge is of two kinds. We know a subject ourselves, or we know where we can find information upon it."

My concern is for those whose writing could enlighten the minds of others, but who cannot spell out their ideas. Given a tool that is easy to handle and right for the job, their input would expand the knowledge economy exponentially.

I wonder what you all think about that!