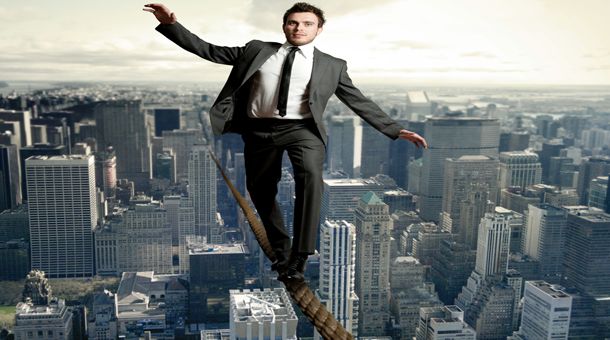 Years ago, a colleague and I were discussing our boss's performance review. We were asked by his boss to contribute our thoughts by filling out a questionnaire. We weren't discussing our boss, but our company. Did we want to answer the questions honestly or did we want to go through the motions and not make waves? We didn't know how each of us would answer the questions, but agreed to tell the truth as we saw it. We loved our jobs and wanted the best for the organization and were willing to step outside the norm and tell it like it was. I didn't trust my boss and said that, among other things. I don't know what my colleague said.

Interestingly and perhaps inevitably, a few months later both of us were fired. The reason was about as lame and indefensible as it could be. The performance evaluation wasn't mentioned, but its shadow was obvious. We packed our belongings into a couple of cardboard boxes and went home. On the way we shared a taxi and our woes.

Beyond this simple fact, the O-I Divide can widen or narrow depending on the culture of the organization. A bridge can span the divide when the values of leadership sync with the values of the workers; this is often the case in start-ups. Alternatively, the gap is spanned by an unstable plank; employees try to walk across it but eventually, when leadership says one thing and does another, they fall off. That's what happened when I was asked for my opinion and fired when I gave it.

When visions align, when workers are part of high-performing teams, when those that do the work own the process and the outcomes, the divide is narrow and bridges can span it. When the boss is always right, when workers are cogs in wheels, and when the focus is the bottom line and not the people, any effort to bridge the gap will probably entice a good employee to walk the plank into the abyss.

I saw an example of walking the plank when I was consulting at a large company. One manager ruled by fear; everyone tried to please her rather than suggest something new and better. They walked the plank of pleasing her until they didn't, fell off and had to crawl back to lick their wounds and start over again. I had the feeling that she was happy as long as morale was low and her employees worked hard to please her. That was some O-I Divide.

Eventually, when they realize the size of the gap and the instability of the planks, they'll stop trying or just find a friendlier place.

Robert Brown is a performance enhancement expert. His work includes Olympic and professional athletes, businesses and public service organizations. He is president of Collective Wisdom, Inc. and is currently he is working on a new book, 'Survival of the Fittest', creating new Darwinian Laws for short-term and long-term organizational success.