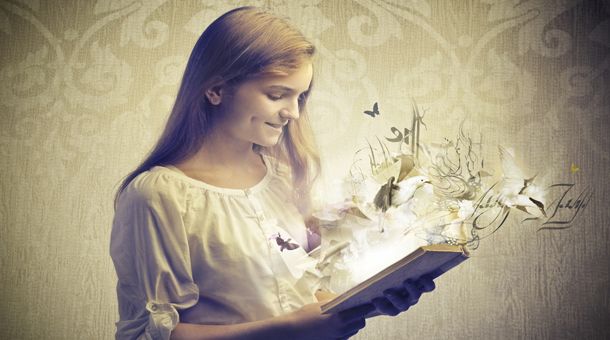 Girl reading a book via Shutterstock.com
Mar 11 2014 by Duane Dike Print This Article

No two people can ever completely agree on anything. They may agree to a theoretical point, but somewhere along the line, those accords drift because every mind is different. No one ever knows what the other person is thinking. Each of us is an accumulation of data and influences such as education, genetics, experiences, climate, race, parenting, friends, media, and on and on.

Because we're all so different, objective decision-making and pure agreement don't really exist. Sure, our industrial engineering friends may try to measure the gnat's eyebrow, but even they will disagree on methods of collecting and analyzing data. (I have spirited discussions with my son, the industrial engineer, on systems and decision-making. He thinks he's always right.)

Something closer to the truth of how we form opinions is through a method of what I call 'subjective objective' mental processing of so-called facts (although I'm pretty sure I nabbed that phrase from someone else). Subjective Objective, a moving target, is that theoretical point where reasonable minds agree, but because new data is always being introduced, those same reasonable minds will (should) wonder "What if," ultimately leading them to test new theories.

Knowledge compounds (should) and when it does, what may have seemed like a good decision a year ago now appears to be a ludicrous way to go. It's OK to adapt and change to environmental stimuli, that is, to lend credence to the subjective objective. Facts - or what we think are facts - change, and when they do, we have to adjust our thinking.

An example of fact changing in action comes from my high school days (the dark ages). I was taught that science was hard-core fact. Fact teaching to us high school students was the path of least resistance. College was the venue for theory and change. For example, in high school, genetics was taught as fact. Fast forward to today and new theories of genetics have no resemblance to those high school facts.

Fortunately, police agencies around the world saved evidence from the 60s, 70s, and 80s with the hope that one-day scientists would find more advanced methods to analyze evidence. Thanks to increased understanding of DNA, for example, police are solving decade old crimes. ("Surprise, grandpa, the police are at the door!")

We Make Stuff Up

What does all this talk of genetics and new theories have to do with people agreeing? Researchers now know that much of what we think is reality, or facts, is actually closer to fictional reality, or perception. In other words, we make stuff up. We make up our fears, likes, and predicaments. How we think about our world is mostly fictive. Disagreement, therefore, is a mental choice to not agree.

We humans form purposeful packs around our perceptions, or fiction. For example, on a big scale, the United States is a man-made pack of 350 million formed around concepts of a representative government. Yet, it seems at times that no two citizens can agree on anything related to how the government should run. Democrat and Republican forefathers formed theories of how to approach social and economic issues from the same environmental data pool, yet somehow created two opposing approaches on how to lead the people.

Returning from politics to my little world: how does this human tendency to form purposeful packs around fictional beliefs (perceptions) effect how we lead and foster agreement? The simplest boss decisions can drive direct reports nuts, creating all sorts of controversy, discontent, and sub-factions. Poorly executed decisions can affect the production of goods and services. Decisions not fully thought out force followers to form 'us vs. them' opinion-packs within the larger organization. Diversity of thought is good, but subversive factions are destructive.

Some polarization is expected; we're humans. Some sort of evolutionary pull forces us to think in terms of us versus them. The us-camp are the good guys; the them-camps are the ones who don't understand us. Just as factions are man-made, so are the resolutions. We have to force ourselves to see the world from other perspectives, to understand likes, dislikes, happiness, and hurt from the context of our supposed contrary forces.

I know this viewpoint seems rather simplistic, and maybe it is, but I can't help but think that solid decision-making and reasonable agreement are more likely in collaborative, supportive, friendly, and fun cultures. We make good decisions by gathering lots of input and by communicating openly. And, it just so happens that some of the best two-way communication takes place over dinner and refreshments. There is scientific evidence that people are more creative and accepting of contrary opinions in social places, like coffee houses and pubs.

So, the next time you need to make a big decision, bring others into the decision making group then proceed to collect opinions, gather data, and test hypotheses. Most importantly, understand that the things we think are fact are most likely fiction and require subjective-objective reasoning to decipher. The result: closer agreement and a happier workforce.

"What we call reality is an agreement that people have arrived at to make life more livable" – Louise Nevelson.