Attention is the key to the memory 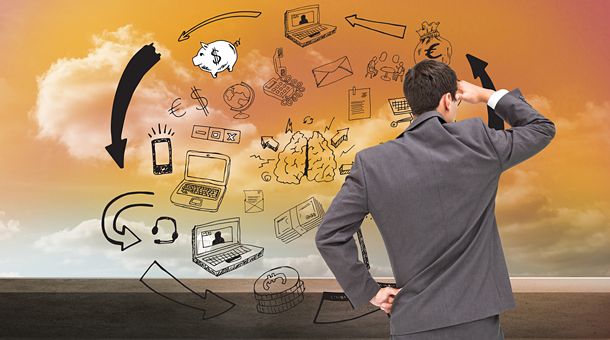 If you want your memory to work effectively, your mind must, at some time, have paid full attention to the subject it is expected to recall later.

To become good at recall, the brain must be allowed to enact being attentive over and over again so that it knows exactly how to bring things back to mind whenever it is called upon to do so. Once the mind has become accustomed to retaining stuff, it will – just like the diaphragm's propulsion of breathing out and breathing in – be able to maintain a momentum of its own.

In his book " Genius Explained"", psychologist Michael J. A. Howe states that: "Acquired attributes build up gradually, largely as a consequence of the steady repetition of unexciting daily routines and activities." His publishers, Canto, suggest in a frontispiece that the notion of genius as a learned rather than an innate attribute is controversial. But Howe was taking his cue from "Self Help" a book self-published in1859 by Samuel Smiles.

Then in 2002, Malcom Gladwell in his best seller " Outliers"" takes the controversial element a stage further by stating that 10,000 hours-worth of attentive effort can turn anyone into a genius. But the American academics from whose work he had extracted that figure had actually found that 10,000 hours was the average for a generality of high fliers. To achieve genius status, they argued, many, many more hours would have to be spent attending to a subject

That we should all become geniuses is not, however, the reason for my sharing these thoughts with you. It is because as a vocal coach, I am so often asked by clients what they can do to improve their ability to have facts on the tip of their tongues when giving a presentation. To answer this I am constantly having to impress upon them that if they have not paid enough attention to facts or figures when first they come across them, there is nothing in their memory store for recall to draw on.

Reading yet another book on genius, one idea about how to expand anyone's span of attention jumped out at me. In the introduction to " Genius: a mosaic of one hundred exemplary minds" literary critic, Harold Bloom wrote: "Consciousness is what defines genius."

But surely, I thought, consciousness is an arena for which we all have automatic life membership. And once in that arena we all have access to the attention scale.

As with any large exhibition space, the stacks of objects on display may be intimidating, but because we can choose to remain in the consciousness arena for as short or as long a time as we wish and are free to return again and again and again to explore whatever the fancy takes us any encounter with the arena's contents, however short, will enhance our skills of observation.

Every opportunity then taken to absorb detail and to make faithful copies for our own memory bank will help us to gain better recall of anything else we set our minds to, because attention really is the key to memory.

Unless we suffer from a functional abnormality of the brain, we all have the ability consciously to attend. The great thing is that activation of that ability can be instigated at any age. What is more, the memories that spring into consciousness once the power of attention has been switched on will vivify us in the eyes of our colleagues and inform the rest of our days.

How good are your listening skills?

The most surprising things about presenting online

The power of repetition