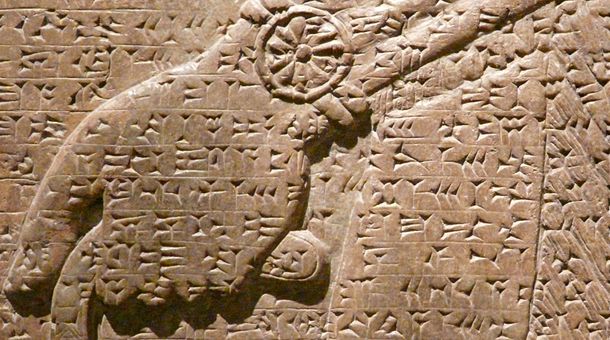 Pearson, which describes itself as "the world's leading learning company", is on a mission. According to its CEO, John Fallon, education needs to "keep pace with the challenges and opportunities presented by the second machine age". And aware that words have the power to change the world, a key part of that challenge is to migrate words from the printed page and put them back onto tablets.

As millions of iPad devotees may or may not be aware, writing on tablets is almost as old as the hills. It is certainly at least 3,700 years old, which is the age of a Babylonian tablet containing instructions for how to construct the vessel that we know best as Noah's Ark (although the Babylonian original is both far older and, it seems, circular).

But while ancient tablets were (often quite literally), set in stone, today's tablets are altogether more dynamic, possessing the power to bring information to life and electrify learning. Knowledge at a stroke has become reality.

Today, anyone with a tablet can gain immediate access to millions of ideas or hone in on one specific subject. Those same readers can then finger their fledgling thoughts into the same tablet and - along with an infinite variety of complimentary moving or still visuals - send them winging around the world for others to view and revise.

Many educationalists, managers and politicians bemoan the fact that today's students and apprentices seem to retain less knowledge than previous generations. But as no less a thinker than Albert Einstein put it, "why should I remember something I can get from a book?" He was not dismissing the value of memory, but wanting his brain only to store items that he intuited would be vital for him to latch on to in an instant to advance his research.

Einstein would have loved connecting the dots that 'deep learning computing' (which it's important to note, is based on how the human brain works and not the other way round!) makes possible. And how he would have lapped up the excitement of being able to advance his own thinking by the leaps and bounds that can now be made between the shoulders of multiple giants at one and the same time so as to see further in all directions than ever before.

"A desire of knowledge is the natural feeling of mankind," wrote Samuel Johnson in the 1700s. He also observed: "while you are considering which of the two things you should teach your child first, another … has learnt them both."

As long as the skill of reading is well taught, learners of all ages who have access to a tablet are going to find out far more on any subject than any number of teachers or trainers, managers or professors can impart. Give people a tablet AND reliable mentors and the number who cannot make head or tail of any information will decrease exponentially.

If that is true, then the converse must also be true. More people than ever before will become learned enough to put forward their own ideas to accelerate the advancement of learning.

"The world's leading learning company" seems to be on to a good thing.

Learning is a process, not a result

Learning from each other