Jeepers Batman, it's projects as usual! 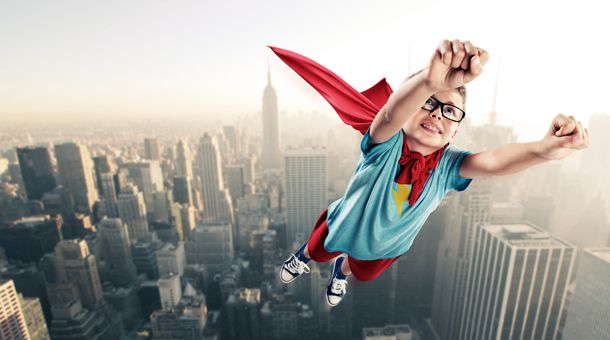 I was a great fan of the original Batman TV series with Adam West as Batman and Burt Ward as Robin. As a kid back in the 1960s when the programme first aired, I loved the perceived violence (without violence – unlike the modern-day big screen versions), as Batman and Robin defended Gotham City against a range of great Bat-Villains like the Joker, the Penguin and the Mad Hatter.

Most episodes saw our heroes engaging in a fistfight with the villain's henchmen: Biff! Bap! Bam! Kerpow! Job done!

I always wanted to be Batman when it came to play time. And now, four decades later, let me give you a new version of that cartoon style of language to consider: POP, BAP and PAU! Job done!

Most businesses these days embrace two types of work. Temporary projects that are led by the project management community and 'regular' operational work, led by business managers.

Regular operational work consists of activities that keep the business going: things like accounting, production, sales, etc, which often involve doing much the same thing on a daily basis.

Business projects are different. They are all about delivering something that the business feels is required, be it a new product, a marketing campaign or moving to new offices.

That said, they do have some similarities. Both operate under some management control, both have budgets and both should be based on some sort of plan.

But while both work types contribute to an organisation's success, the balance between the two is shifting. In many companies, more and more business activity is now project based. In fact one major company I'm familiar with reckons that over 60 per cent of their business is now project-led.

Ok, so this is where POP, BAP and PAU! Come in.

BAP: Business as projects is definitely on the up as each organisation strives to achieve strategic goals and maintain/gain market share, remain profitable/successfully and differentiate themselves from competitors.

PAU: Which leads to the concept of projects as usual, a point that some companies have already reached, where project-based activity exceeds the 'business as usual' activity.

This may be the very nature of the business – it may be innovative or new to the market - or it may be a more traditional business that has entered a significant expansion phase or is on an acquisition path. In this situation. each and every business manager needs to understand and acquire effective project management skills in order to stand a chance of being successful.

Job done: Well not quite. It's all very well understanding this change, but actually having the skills in-house to respond to it and to run 'projects as usual' is a very different challenge.

I believe that more and more people will enter the business world having gained the necessary basic and broad project management skills through schools, colleges, universities and other development routes. But each organisation will need to supplement this basic capability with company-specific training in "how we do things round here". But the future is looking very promising for the world of Projects, Projects as Usual and Business as Usual, I think.

As Batman said in one of the most recent films: "You know that day that you once told me about, when Gotham would no longer need Batman? It's coming".

There will always be a need for project managers. But what organisations need today is an engrained management capability for successful project delivery: one man can't do it all on his own, even with Robin by his side.

Peter Taylor is the author of two best-selling books on ‘Productive Laziness’ – ‘The Lazy Winner’ and ‘The Lazy Project Manager’. An entertaining speaker in the project management world, he also acts as an independent consultant coaching executive sponsors.

Duality in the workplace: how to maintain equilibrium

Is your project going off the rails?

Project management: it's the people, stupid

Project management and the alien encounter

Silence - the root cause of project failure