Good communication is a three-layered cake 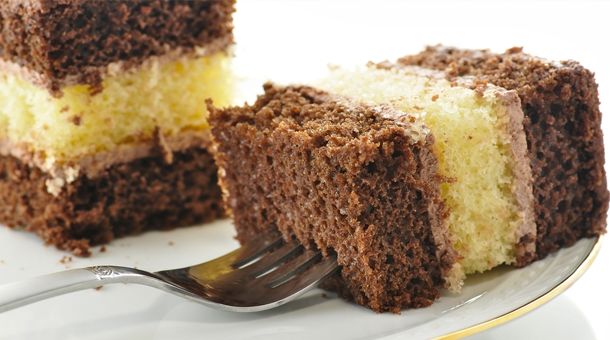 "Tell me about your company," said the interviewer. It's a nice question to be asked in business, isn't it? After all it's an invitation to tell our story and impress the audience. But the answer we actually get is often informative but dull, factually correct but hardly compelling to listen to.

This was the case with the aforementioned interview, a recording of which I came across a while back on Vimeo. The studio guest was the marketing manager for an international hotel chain and in fairness to her she came across as confident, articulate and well informed. And given the opportunity to wax lyrical over the course of three glorious minutes, she managed something quite extraordinary: she didn't say anything interesting at all!

OK, so she DID tell us the year the chairman founded the company. But she didn't tell us why. Had he identified a gap in the marketplace? Had he suffered an injustice of some kind at the hands of another hotel chain and set his own up in revenge? That would have been interesting.

She also talked about how the hotels were designed to fit in with their city landscape. But she didn't say what that actually meant in practice. Was there a specific example of this, a particular colour scheme or design feature? We never found out.

And she told us how the seminar rooms in their hotels ranged in capacity from X to Y and were well illuminated by natural light. But she didn't explain why this mattered. It would have been interesting to know whether the company understood the need for a safe and inspiring seminar environment, so delegates stay fresh and open-minded as new ideas are bounced around.

It struck me that an awful lot of marketing communication is like this. It's safe and factual but it doesn't give us a feel for what the company is like. It tells us nothing about its ethos, its way of doing business, the dedication of its staff or its vision for the future. As potential buyers we don't just want to know what you do – we want to know who you are so we feel better about engaging you.

A great way to improve the story you tell is to consider using three layers, rather like a cake:

The Machinery: The nuts & bolts. What you do and how you deliver. Your product range, locations, prices, processes, etc.

Most people are very good with The Machinery layer. After all, this is the world they occupy day to day and they'll happily describe it in great detail! But it's a bit boring to listen to after a while - death-by-a-thousand-bullet-points!

The other two layers offer something more promising.

The Big Picture gives us a feel for the overall context - what you're driven by as an organisation. It shows you've got a big plan and a clear sense of direction.

The Library provides the hook - the stickiness that small stories create. These snippets give form and substance to the more conceptual elements of the Big Picture. They also help us connect on an emotional level to the overall message.

It's interesting that we saw this three-layered pattern in the recent media coverage after the great Nelson Mandela passed away.

The Big Picture is his legacy as a leader and his belief in unity and reconciliation.

The Machinery is the chronology of his life, a kind of bullet-point history - lawyer, fight against apartheid, imprisonment, freedom, presidency, unification, Rugby World Cup, stepping down, etc.

But perhaps the most compelling elements of the story were the so-called 'Mandela Moments', those chance meetings and brief exchanges related by those whose lives he touched. British politician Frank Dobson recalled bumping into the President at the South African embassy, whereupon Mandela exclaimed, "Ah Frank! It is good to see you again." Dobson was so taken aback that someone like Mandela might actually remember him that he temporarily froze, unable to utter a word. The President put his hand on Dobson's shoulder and added, "You do remember me, don't you?"

The point is that great communicators move up and down this scale, drawing material from all three layers. They don't dive immediately into the nuts & bolts, but prefer to engage our senses and warm us up before getting into the details.

The challenge for business leaders and marketing folk is to resist lapsing into corporate-speak and to humanize the message, so the audience can engage emotionally as well as intellectually. Of course, that requires actually HAVING a 'big picture' story in the first place and some decent material in the Library. It's then a case of developing the skill to deliver the story well, drawing from each layer in a way that sounds conversational and improvised.

So if you've got a good story to tell, please try to do it justice!

Andrew Thorp is a business speaker, writer and trainer based in Manchester. He is co-founder of Mojo Your Business, a consultancy and training company that helps organisations tell their story better, both on line and off, externally and internally.

Face to face in the workplace

What you say. What your customers think

How storytelling creates a connected workforce