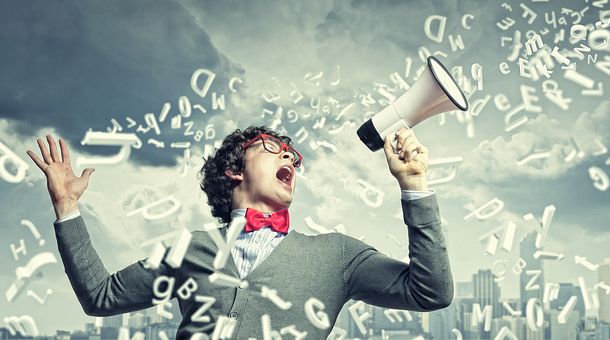 In the last few months there have been a number of examples of senior executives from large companies being thrust out in front of their organisations to take part in grandstanding events on Twitter. They all went badly wrong.

The first was the a British Gas Twitter "event", using the hashtag #AskBG, fronted by their customer services director. They did this on the day they raised their prices by around 10%. The understandable irritation at their decision, and the unusual access to a senior manager, led to some pretty robust responses and hilarious Tweets along the lines of "What is the best temperature to thaw an elderly relative at and what seasoning would you use with one?"

The second Twitter train wreck featured Michael O'Leary the 'colourful' CEO of budget airline, Ryanair. He was apparently unaware that his comment "Nice pic. Phwoaaarr! MOL" went to all of Twitter rather than the female Twitter user it was directed at. Again, this provoked the predictable response from the Twitter "audience".

And the third in this series of mishaps was a two day Twitter chat instigated by JP Morgan Stanley which went so badly wrong and attracted so much vitriol that it was abandoned after the first day. "Would you consider JPM more or less popular than the Ebola virus?" and "at what number of Billions of Dollars in fines will it no longer be profitable to run your criminal enterprise?" were fairly typical of the sorts of comments that this 'initiative' generated.

So what went wrong? Firstly these were set up as "special events" with a set time, a set cast, and an "audience". Secondly there was an assumption that people would be impressed by having access to senior people, a sort of business celebrity mentality, the sort of high profile event that PR and marketing folks love to focus on.

In none of the above cases was there an attempt to start conversations as part of business as usual, these were isolated opportunities to get close to people who would normally be remote. There was no relationship or possibility of relationship. It was like children being given time limited access to grown-ups. The intent was patronising. The results were predictable. Treat people like children and they will respond as expected.

But it doesn't have to be this way. It is easy to learn the ropes and build a presence on social platforms. The power of the social web is about people connecting with people. It affords you the possibility of connecting directly with customers, or even staff for that matter, possibly for the first time.

It may be tempting to choose to use an agency, or have one of your communications and marketing team do your social media updates for you, but if you want to foster real conversations with real people it is better to do it yourself. It doesn't have to take a lot of your time but it does call on you to be genuinely interested in connecting with people. It is rewarding to do this both personally and organisationally. Increasingly as people find you and your organisation more trustworthy it will be financially rewarding as well.

One of the most effective ways of building this trust is blogging. Having your own blog, either inside your organisation or facing the public, allows you to play, to learn the ropes, and to begin to establish your presence on the web. It's not about marketing, or SEO, or "going viral". It is not about internal "enterprise social" or external "social media" It is not even about the platforms or tools on which you choose to write. It is much simpler and much more powerful.

Blogging is really about developing awareness, communication skills, and increasing organisational intelligence. It is about thinking harder and writing better. It is about sharing ideas and insights with people who are genuinely interested. Blogging is a means by which to rediscover your voice, to learn to share your thoughts with others, and by doing so to help us all get smarter faster.

In business we have become too constrained and too cautious. Our language has become sanitised, our management and marketing speak pervasive. But some of us are learning to do things differently. We are learning to use plain language, to say what we think, to be brave and open up to conversations.

At the end of a course I ran recently for The United Nations, one of the participants described me as an alien. She meant it in a good way - I think. I was so far from her own experience. But she felt inspired. She wanted to be more like me. This is my job. Not making people be like me, but helping them to be more like themselves. To discover themselves and to share a little of themselves.

Consultant, speaker and author of Organizations Don't Tweet - People Do, Euan Semple was one of the first people to introduce what have since become known as social media tools into a large, successful organisation. He is passionate about turning the the social web into something we can understand and gain real benefit from.

Good communication is a three-layered cake