Leadership and my Dad. A memorial 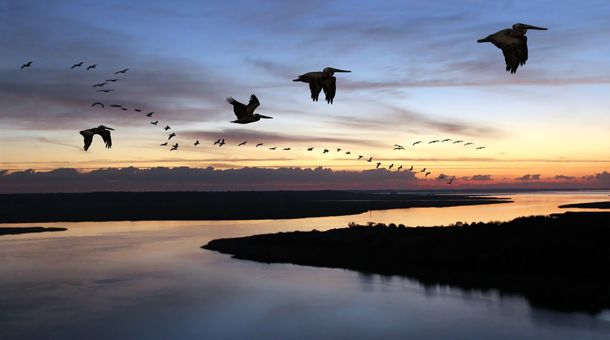 I've written many a time on the Kuhnian theory of evolutionary change and paradigm shifts. In a nutshell, Kuhn showed that conditions change, almost imperceptibly, until crisis hits and then – wham! - total shift to new theories. The Kuhn cycle is where terms such as "paradigm shift" come from.

Just last week I had one of those paradigm shifts when my dad passed away. He was one month shy of 94 years. He lived a good and happy life.

I never thought much of my dad as leader. He was just my dad, the guy who provided for his family, nurturing his four boys in the things that are right. His boys all grew to be contributing members of society. At the funeral, the pastor said the following about us four.

"Doug, the oldest, was the reckless one. I was jealous of his independent spirit. Next up is Don, the steady son. The third boy is Darryl, a mentoring spirit. And lastly is Duane [that's me], the son who never grew up, facing each day with fun, discovery, and adventure."

I was impressed how this pastor nailed each of our personal brands and life-plans in so few words. The oldest and most daring son died in a plane crash. The steady son was a life-long engineer. The mentor boy morphed into the family philosopher. And, me, the refuse-to-grow-up son, landed a career in the entertainment industry and loves a good hang with friends.

Each of us was raised in the same family, with the same father and mother, but we're definitely not clones.

How did all this diversity of thought, perspective, and approach to life evolve? One factor: my father. Only now, after his passing, am I beginning to see his approach to raising us boys was a pretty darn good metaphor for leadership in the bigger world.

As a leader, my dad let us evolve into our own persons. He guided us in certain directions but never forced us to go one way or another. He sensed our strengths and encouraged us to build upon those powers. He didn't micromanage, he rarely criticized our decisions, he didn't get in the way of our dreams, and he proudly boasted our accomplishments.

My father's leadership traits didn't pop-up overnight. Or, did they? My clue to my father's own personal paradigm shift is gleaned from handwritten notes found on his deathbed side table. He had been writing his memoirs from the war years.

My father was a 22-year-old kid when he joined the U.S. Army Air Corps in 1942, a simple country boy signing up for God and country. A year later he graduated flight school as a B24 bomber pilot, ultimately flying 35 missions out of Norwich, England. The war turned a farm boy, over-night, into a leader.

I sensed the rapid development of my dad's leadership skills from his notes. In his earlier writings he speaks of being in-charge. In his later notes, he tells of how he defers to the expertise of his crew and other wing command leaders for input.

He wrote once of being separated from his flight group over enemy territory and how he and the crew managed to return safely, although shot up, to England. He wrote of the importance of R&R (rest and relaxation) between missions. He wrote of personally knowing the ground crews, those service men who repaired and maintained the airplanes.

Most notable of what I learned from his memoirs is, over time, he recognized that German pilots were human beings, with families, sweethearts, fears, and freights. My dad's change toward more empathic ways began to take shape on one particular return trip from battle. His plane was heading northwest over the North Sea. His crew was relaxing after a difficult mission.

In a flash, a German fighter appeared on my dad's left wing. Sheer fright must have taken over. But then, to the crew's good fortune, the German pilot looked to his right, saluted my dad and peeled away, but not before my dad returned, what I imagine must have been a very nervous acknowledgement.

That's the stuff of leadership, knowing when and how to get things done. My dad respected and honored his crew. He respected his own leaders for their efforts to keep his crew safe. The week before he died, my dad could still recite the names of each flight and ground crew member, honoring them for their service to the purpose.

And, in a very subtle way, he respected the individuality of the men and women on the other side, evidenced by his return salute over the North Sea. Each side acknowledged that the battle of the day was finished.

I only hope I can lead and mentor as powerfully and as effectively as my farm-boy father did. I'm excited to see what new discoveries my new post-paradigm shift holds.

What I look for in your job application

What makes a great leader?