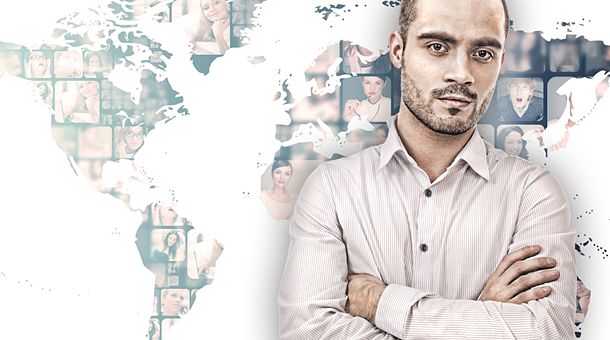 Cultural intelligence doesn't mean being a cultural chameleon. Sometimes when I attempt a Japanese bow, I notice my Japanese counterpart extending her arm to shake my hand. It's a bit like a middle-aged adult trying to act, dress, and talk like a hipster: it doesn't turn out well for anyone!

When should we adapt to another culture and when is doing so inauthentic - or worse yet, insulting? Clearly there are times we must adapt to different cultures. That's at the crux of cultural intelligence. But is adaptation always the right choice? Here are a few questions I ask myself when making that decision:

1. Is it a tight or loose culture?

Michelle Gelfand from the University of Maryland studied "Tight vs. Loose" cultures. This refers to how strong the social norms are within a culture. It's a soceity's level of tolerance for people who deviate from its preferred norms.

Places like Japan and Saudi Arabia are "tight" cultures. They emphasize conformity to their dominant social values and norms. In contrast, Thailand and The Netherlands are "loose" cultures, where the emphasis is upon you behaving as you wish, as long as it doesn't infringe upon someone else being able to do so as well.

When deciding if and how much you should adapt to a different culture, reflect on how tight or loose it is. Look at the research on the 33 nations included in the Gelfand et al. study. And use your our own insights and network to get a sense of the expectations upon whether you should adapt your behavior.

2. Am I Compromising Myself?

I have a set of values and convictions that I'm not willing to compromise just to fit in with another culture. I suspect the same is true for you. Some people would be compromising their health or religious beliefs to participate in the excessive drinking that sometimes occurs at Chinese business dinners. Some companies, such as Bloomberg, forbid employees from accepting gifts of any kind, including having dinner paid for lest it compromise journalistic integrity. While understandable, that policy runs against the grain of the cultural values of hospitality and gift-giving in many places around the world.

But cultural intelligence is not simply play-acting and performing based upon others' preferences and expectation. It has to be rooted in a strong sense of your self. You need an inner compass to help you discern when adapting goes beyond your core values.

3. How can I best express my intentions?

By this point, the inevitable question is, Then why don't we just let everyone be themselves? It sounds great. But in reality, your behavior might mean one thing to you and an entirely different thing to someone else. For one person, "being yourself" might mean being blunt and speaking boldly. To them, that might express conviction and passion. But for someone who has been socialized differently, it might come off as rude and aggressive. So we have to ask whether the behaviors we use accurately communicate the intentions we want to convey.

Many say it's just a matter of respecting each other and allowing an inclusive space for our differences. But even what we consider inclusive and respectful is deeply embedded in cultural norms and behaviors. Good intentions are not enough. Behavior is the way people perceive intentions. And the behaviors that most strongly communicate are less how you pass your business card and whether you kiss, bow, or shake. And they're more whether you're willing to adapt the process for how you get work done, exercise flexibility in your policies, timelines, etc.

4. Will retaining our differences actually make us stronger?

Soon Ang (Professor in Management at the Nanyang Technological University in Singapore) and I are researching and writing an upcoming book about culturally intelligent innovation. What we've found is that diverse teams innovate more than homogeneous teams do if there are high levels of CQ among the diverse team members. Therefore, if everyone tries to be the same, the team loses one of the most powerful drivers of innovation - the differences!

On the other hand, if every team member insists on "being themselves" and no one adapts, the team sits in gridlock. (U.S. congress anyone?!). Culturally intelligent teams draw upon their differences to find a third space where they can create innovative solutions that stem from the power of different perspectives and approaches.

Andy Molinski's new book, Global Dexterity is an excellent resource that takes all of this much further. It provides research-based, practical ways to improve CQ Action - your ability to effectively adapt your behavior for intercultural environments.

When have you adapted too much? Not enough? What questions would you add to the list?

What your company can learn from the Miami Dolphins