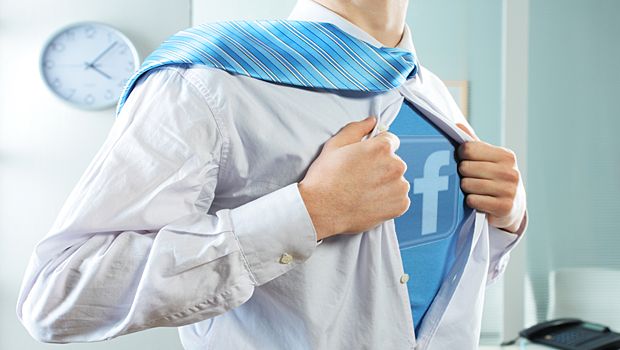 I recently sat down with Bill McLawhon, head of leadership development at Facebook and a seasoned executive coach. But first a little context: Many of Facebook's nearly 5,300 staff are under the age of 30. It's a company Bill describes as being "hierarchy- and title-agnostic". But don't expect Bill to deliver another of those boomer rants about narcissistic, entitled Millennials.

So how does the first Millennial-run organization to hit the Fortune 500 develop its global leaders? And what does that tell us about where leadership development will be headed in the future?

Silicon Valley has a reputation: young, entitled engineers who don't believe they have a whole lot to learn from seasoned, corporate leaders. To what degree is that fair and how, if at all, does this influence the way you develop leaders at Facebook?

As a 56-year-old guy, I went through a period where I looked at these young kids and thought, "Wait until you get your butt kicked out in the real world." But I quickly realized this is the real world. And they're making it their own. This is the future of work. It doesn't look much like the world of work where I started. But I'm completely awed by the high performing individuals I get to coach everyday, most of whom are young enough to be my kids.

Our whole approach to leadership development at Facebook is coherent with the fact that we're an engineering company to the core, and we're led and run by Millennials. We have no interest in a competency-based model of leadership. That doesn't fit who we are. Our engineering, Millennial roots shape who we are from top to bottom.

How does that shape the way you approach leadership development?

Engineers are trained to be skeptics. As a result, you see an embedded-skepticism all across the company. There's zero tolerance for talking heads. The driving question is "What works?" There are posters all over campus that say things like, "Move fast and break things" and "Done is better than perfect." Our engineering DNA shapes everything we do, including leadership development.

How do you convince engineering techies that soft skills like cultural intelligence matter?

I haven't thought about my coaching work as providing "soft skills" in a long time because there's a hunger for these kinds of skills by our people. We're an extremely flat, meritocratic company. So it's impossible to get anything done unless you have the ability to influence and inspire people. You can't run to a boss and have them issue a mandate to get something done. You're going to have to figure out how to get it done yourself.

So I don't have to convince leaders at Facebook that they need these capabilities. They almost unconsciously know that these skills are the only way to get things done in such a flat, meritocratic organization.

I was surprised to learn that 70% of your users are outside North America. How does your global presence influence the way you recruit and develop leaders?

The percentage of users outside North America is steadily growing. I expect that most of Facebook's second and third billion users will come from the developing world, where access to the web is through simple, mobile devices with low cost access to data.

These global realties significantly influence what we do all across the company. We're increasing our global footprint with data centers, engineering offices and sales offices placed in strategic hubs around the world. And we're creating teams in those regions that reflect the cultural complexion of the region. Most of our international offices are made up of local talent, with a few expats from other regions brought in when a specific expertise is needed.

Headquarters remains in Menlo Park but we're looking at how to avoid a purely unidirectional flow from Menlo Park to our global regions. Instead, we're creating ways for a parallel flow of information, strategies, and leadership that goes both ways. This might include having a functional head based in a place like Mumbai who manages a team located around the world, including individuals in Menlo Park.

You've described a very strong culture at Facebook - hierarchy-agnostic, fast, autonomous, no victims/excuses, take risks etc. Many of these values are diametrically opposite to the core values of most developing world cultures. How is that influencing your approach to leadership development globally?

You're absolutely right and I know this can be an issue. We've already observed it among some of our teams. We want to find the right individuals globally who are culturally synchronous with both their local context and Facebook. It won't work if they can't bridge both cultures.

We'll cease to be Facebook if we eliminate all our core values from how we operate. But we're conscious of this challenge and it's one of the things that we'll be prioritizing most this next year —how do we develop high performing teams who can effectively utilize our diversity across the world to make even greater impact?

Bill McLawhon is Head of Leadership Development at Facebook and oversees the coaching process across the company. Prior to coming to Facebook, Bill spent 13 years coaching executives within High Tech, Bio Tech and Financial Services, following a VP position at Charles Schwab & Co.

You can read a longer interview with Bill McLawhon, as well as a series of articles on culturally intelligent leadership, in the upcoming issue of People & Strategy Journal..

Why there will never be an app for leadership

Want to be a better leader? Learn to be poetic