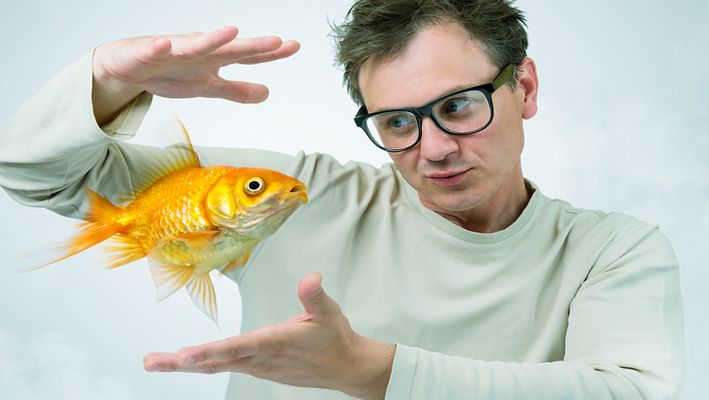 Image from Shutterstock.com
Apr 07 2017 by Jurgen Wolff Print This Article

Considering all the lip service paid to creativity you'd think that the world was clamoring for new ideas. Well, actually it is - in theory. But if you come up with something new, more often than not you'll meet tremendous resistance.

I suspect this is true of all fields. I can certainly attest to it within the film and TV industry, and what I have experienced there can equally be applied to other commercial sectors. It all starts with an executive saying, "we want something new, fresh and edgy!"

So you pitch them a new, fresh, edgy idea.

Sometimes it already scares them at that point and they start pulling it apart and taking out the new, fresh, or edgy stuff. You'll hear statements like: "The loner character you've come up with is great, but let's give him some friends," or "You've really captured the desperation of this character who's going through a mid-life crisis. If we make him a few years younger we'll have better casting options -I'm thinking Ryan Gosling."

Yes, the first thing that gets thrown out is the new, fresh, edgy stuff. By the time they've finished with it, only a small fragment of 'edgy' is left.

So what are they afraid of?

Here's what's going through their heads:

How can you disarm these idea-killers?

You can avoid some of these traps if you follow these strategies when you pitch your idea. Again, I'll use the example of pitching a movie, but the same process works for any new product or service idea.

GO HIGH: Deal with the highest person on the decision-making ladder that you can. If it takes four or five levels of approval before your idea is accepted, the odds are that somebody on that ladder will chicken out, or that your idea will be modified at each stage and by the time it reaches the top it may no longer resemble what you pitched.

RELATE: Compare it to something that has been successful. This is the source of the pitch formula, "It's (one successful movie) crossed with (another successful movie)." That's pretty stale by now. Instead you can say something more sophisticated like, "The couple's relationship has echoes of the powerful love story in Titanic."

INVOLVE: Try to get the other person to buy into the idea early. If they offer even a small suggestion, accept it, praise it and start using the terms "we" and "our." For instance, "Yes, you're right! The dog should be a black labrador instead of a chihuahua. I can see the metaphor you're going for. I think it really makes our story stronger."

ANTICIPATE: Think about what objections they might have and defuse them with the "some people might think" strategy. For instance, if you fear that the producer to whom you're pitching will object that a story about a transgender protagonist might not play so well in the Bible belt, say something like, "Of course some people might think this kind of topic wouldn't play in the Bible belt but, as you probably know, there's a lot of curiosity about this subject everywhere. The National Enquirer's best-selling issue of last year was about transgender people."

I made that up; it helps if you can come up with something that's true. Turn on that search engine--somewhere on the internet there's a statistic that will support just about anything you can say. And did you notice how "as you probably know" was slipped in there? First, it suggests that you assume the person is well-informed. Second, it makes it less likely they'll dispute it.

REASSURE: If possible, show that somebody else already likes this idea or was willing to take a chance on it. If the idea is based on a novel that has been published (not self-published), an editor somewhere believed in it. If you do self-publish and can show some impressive sales figures, that suggests that readers like it. Don't bother with, "Everybody I've told this idea loves it," because the other person will know that most likely "everybody" is your family and friends.

DON'T GIVE UP: If you are passionate about a project that has not found the necessary approval in the past, consider whether one or more of these strategies might lead to a different result in future.

How to make virtual brainstorming work

How can you tell when you need new ideas?