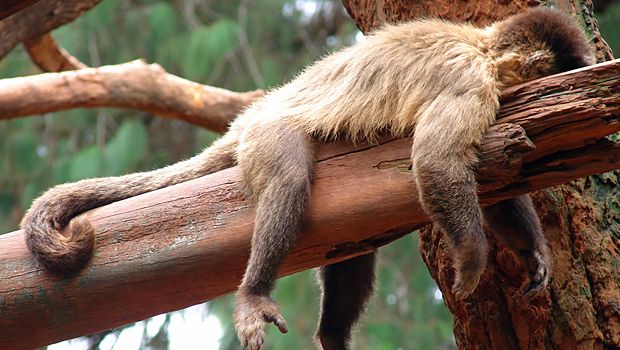 Image from Shutterstock.com
Jan 16 2018 by Jurgen Wolff Print This Article

The number one reason we often fail to achieve what we know in our hearts we could is procrastination and our old friend, "I'll do it, but not now". But procrastination can be a complicated beast and so there's no one-size-fits-all solution to it. That's why I've suggested a variety of approaches to address it. Start with the one you think is most likely to be effective for you. If that one doesn't work, cross it off and go on to another one. I'm confident that you'll find at least one strategy here that can help you greatly improve how effectively you use your time.

1: Make sure you have to do it.
First, is this something that you can outsource? Can you barter with someone else (spouse or partner, offspring, friend) to do this, and you'll do something they don't like to do? The fact that you've always done it isn't a good reason to assume things must stay that way. If there's a way out that still gets it done, take it.

"Never put off until tomorrow what you can do the day after tomorrow." [Mark Twain].

If the task IS something you have to do, the rest of these tips will help.

2: Make the thing you are avoiding as attractive as the thing you're tempted to do instead.
Focus on the outcome of the avoided task - how great it will feel to get it done and the benefits you'll reap.

Visualise the result, not the actual doing. For instance, perhaps there's a phone call you're avoiding making. How does that make you feel, physically? Is there a weight on your shoulders or a pressure on your chest, perhaps? Now imagine how good it will feel to be rid of that, how much lighter you'll feel both physically and emotionally. With that good feeling still in mind, get started.

3: Count the possible cost of avoiding the task further.
What could be the price of putting off the task some more? Are there financial consequences? Emotional ones? Do you really want to be responsible for those? Get into the feelings of regret you'll have, perhaps even the shame, if you opt for another temporary escape. Feel uncomfortable? Good! The way to banish those feelings is to get started now.

Again, this is recommended only for people who know that escaping the negative motivates them more strongly then achieving the positive. If you already make yourself miserable and procrastinate anyway, this one is not for you!

"You cannot escape the responsibility of tomorrow by evading it today." [Abraham Lincoln]

4: Chop the task into even smaller chunks.
Cutting up the avoided task into smaller chunks is traditional advice for procrastinators. It often fails because the chunks are still too big.

Keep chopping. Maybe the first step is to brainstorm a list of what points you think should be in the introduction. Don't worry about the order. The next step might be to put those points into a logical order. The step after that might be to write the first paragraph.

Or you might decide to write the introduction last (not a bad idea) and make the first small chunk a list of all the points that will be in the report somewhere, again without worrying about the order yet.

5: Promise yourself you'll get dessert after you've eaten your spinach.
Choose something you'll enjoy doing that won't take a lot of time. This could be reading a chapter of a book, listening to some music, going for a quick walk, checking your Facebook page, or anything else you can do in about 15 minutes. That's dessert. Don't eat it yet.

First eat your spinach - do the avoided task - for 45 minutes. Set a timer so you will be sure not to go over or under. Knowing you're heading toward something you'll enjoy is a great motivator and using a timer makes sure you don't cheat.

6: Keep the current task, and only the current task, in view.
When we have lots of tasks to do it can feel overwhelming and it drains the energy required to do any of them. This is especially true if while you're trying to achieve one thing there are all kinds of reminders within view of the many other things you need to do. It's all so daunting we might as well turn on the TV.

The solution: write your current task (or chunk of a task) on a sticky note and attach it where you can see it. Clear your desk of all the other stuff that needs to be done, even if you just put it on the floor. Then work on that one task, using the note to help you keep focusing on only that.

7: Create a "Wall of Done"
If you use method 6, when you finish a chunk of the task put the sticky note on a whiteboard or wall where it serves as a reminder that you are making progress.

You can also create a list or a chart or another way of keeping track of progress. The format doesn't matter, but making your progress tangible does. Instead of focusing only on what you still need to do, balance it with a representation of what you've done already.

8: Play task roulette
This is one of my favourites: write down all the day's tasks, one per index card. Most likely you'll have a mix of tasks you look forward to doing, tasks about which you feel neutral, and ones you'd rather avoid.

Turn the cards over, shuffle them, and put them into a pile. Commit to doing the one on the back of the top card, regardless of which category it falls into. Did you get one you'd like to avoid? Never mind, you may have much better luck with the next card.

This method also brings a welcome element of playfulness into the process. After all, you're not curing cancer (unless you are, in which case you really shouldn't procrastinate).

9. Pretend you're a Jedi Knight or Wonder Woman.
Sometimes you just don't feel in the right mood to take on a particular task. If you leave it to chance that mood may never appear. However, you can create it using a method I mention in my book, "Focus: use the power of targeted thinking to get more done."

It's called the Alter Ego Strategy. Decide what kind of personality or mindset would be most suitable for the task. Then remember vividly a time when you felt that way or imagine how somebody would feel who is great at doing such a task.

It's fine to use a fictional character as your model. Have an annoying form to fill out? Clark Kent might be a good model. Have to confront somebody who sold you a flawed product? Go for Superman or Superwoman.

The important aspect of this method is fully getting into the appropriate state. Close your eyes, imagine the relevant feeling flooding your body. It could be calmness, assertiveness, enthusiasm, or anything else. When you experience it strongly, start the task. If the feeling starts to ebb, take a minute to refresh it.

10. Make perfectionism work for you, not against you
Many people are reluctant to start something because they fear they won't be able to do it perfectly. But first drafts (or first efforts) are supposed to be flawed. Therefore, if you create a flawed first draft, that's perfect!

Once you've created the first version you can be perfect at making revisions - by putting it aside for a little while, getting feedback from others, etc.

Finally, you can be perfect by stopping when you realize that continued changes will only make it different, not better.

11. When you can't decide...decide!
Not long ago I met a young writer who had so many ideas he couldn't decide which one to do. Consequently he wasn't working on any of them.

When I suggested he just choose one and get on with it, he said, "Yes, but what if I end up choosing an idea that isn't as good as another one?"

I said, "Then in six months you'll have one good, finished project instead of several potentially better ones that don't exist."

You probably have pretty good intuition about which of your ideas are worth doing. If you have two that seem equal, flip a coin. Then get to work on the one that comes up. As you work, if you have new ideas about the other project jot them down, but don't switch over to the other project because the current one is getting difficult. I can assure you the other one will do exactly the same when you get to its middle.

12. Smell the flowers and or the coffee.
There's more to life than goals and work. It's also important to leave time for walking in the park, looking at a great painting, or sending somebody you care about a card for no reason. Don't put those off, either.

And a few more things to keep in mind:

Don't be a busy fool!

From adversary to teammate

Forgiveness - a cure for procrastination