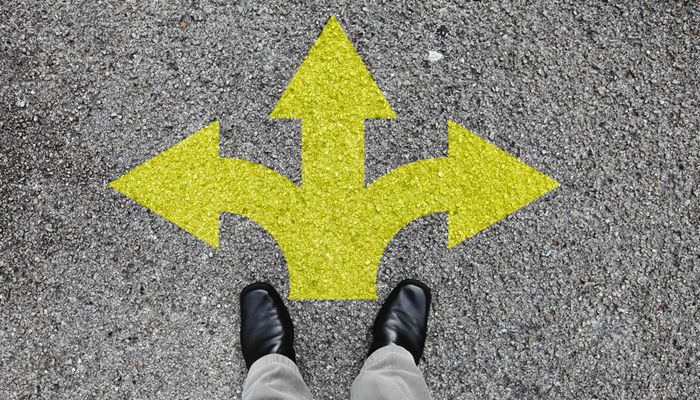 Image from Shutterstock.com
Jul 23 2018 by Max McKeown Print This Article

When Li Ka-Sing was just 15, his father died. The teenager was left to support his mother, sister and brother by selling plastic belts in Hong Kong. Just months after he became the breadwinner, in 1943, the Japanese army invaded. The occupation chaos lasted three years and eight months, creating an environment of chaotic uncertainty, hyper-inflation, rationing, and violence.

Young Li was incredibly fast at moving from intuition to action. He worked from being a street-seller to wholesaler, to general manager in just four years. By his 22nd birthday he had enough credibility to borrow money to start his own plastics company. Every year since he has made a profit. He is now a billionaire. Known in Asia as 'Superman', he is the world's ninth richest person.

So what is the secret of Li's success? He explained that he is better than his competitors at observing market conditions and seizing good opportunities. He looks for 'multiple opportunities' and then takes action according to the situation with adaptability. All success is success adaptation, and superman is no exception.

Always obsessed by how things worked, he asked questions even when selling cheap plastic belts. He went to Italy to learn to manufacture high quality plastic flowers, and with this knowledge became the global 'king of flowers'. He started Orange in 1992 and sold it for a cool $33 billion. He wakes at 5.59am to listen to the 6am news so he can recognise new trends and adapt. He is the epitome of entrepreneurial adaptability.

How do you become an adaptive superman? Well, my research and experience has identified four levels of adaptability. You might want to decide which level you have reached. Are you on the verge of collapsing? This may take the form of bankruptcy, permanent unemployment, depression, poor health, unhappiness or even death for you or the business - even before it's been started.

Are you surviving? It's better than collapse because you're coping but the situation isn't desirable, it may even be miserable. Business is slowing down, or you feel like giving up. Perhaps you're thriving? The rewards and benefits of your daily efforts are worthwhile. You win more often than you lose. Best of all is transcending. You find a way to change the game.

In a major study into entrepreneurs who were Harvard Business School graduates, half succeeded and half failed. Spending £100,000 on an education taught them to write a business plan to get the investment to start the business. Unfortunately, studying, planning and money didn't guarantee success. And there's a very simple secret that explains why.

Half of the start-ups were managed by planners. They felt so confident in their plans they stopped thinking of alternatives as soon as they had money in the bank. They believed their own plans so spent every last pound, dollar, euro and yen on completing Plan A. They put all of their faith in one egg. They ignored better opportunities. They failed to learn. And as a result, nine out of 10 of them failed. Planning never guarantees success. Only adaptation guarantees success.

The other start-ups were led by adaptors. They viewed their original plans as a means to an end. Plan A was a way of organising their thoughts at a particular point in time. The investors were betting on the ability of the entrepreneur to see and grab better opportunities that could create a successful business. As a result, nine out of 10 of these adaptive start-ups succeeded. They kept learning and adapting until they developed alternatives. Success was based on Plan B, and even X, Y and Z.

What should you do next? The first step is to recognise the need for adaptation. No business plan will last forever. Start to notice trends that might allow you to improve your original plan and do something more successful instead. Keep your eyes open.

The second step is to understand the adaptation needed. It's better to think before you plan. It's even better to keep thinking after you start working. Fast learning is preferable to fast failure. Talk to people who have tried what interests you, and keep your options open.

The third step is to make the required adaptation. Don't feel guilty because you have tried and failed in the past. Write a list of what you want, then think about what you can learn about how to succeed in the future. Be confident in your human ability to see opportunity, understand opportunity and grab opportunities. That's the art of winning in an age of uncertainty. Keep your future open.

Lessons from Disney on succeeding in changing times

Secrets of success in a recession