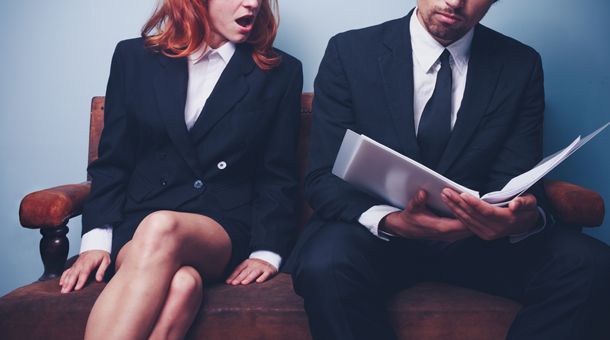 Image via Shutterstock.com
Jan 23 2014 by Peter Vajda Print This Article

The antidote for number one? Provide requisite, specific knowledge and hands-on experiential training. The follow-up in both the short- and long-term to check that the message has got through and that appropriate behavior is now "business as usual" – and if it isn't, ensure that the consequences are severe.

When someone has the requisite knowledge and skills but still decides to ignore them, what's going on?

One possibility is that the individual has chosen to behave otherwise because they fear that behaving ethically or appropriately will result in some personal loss – be it loss of face, loss of friendships, loss or prestige, loss of a bonus, or perhaps even the loss of their job.

It's not unusual for a manager to behave unethically or inappropriately of their own accord when driven, consciously or unconsciously, by these sorts of fears.

Another possibility is that a manager may choose to behave unethically or inappropriately because there is a tacit "unwritten rule" that such behavior is acceptable. This tacit agreement is known as collusion and often exists where there is a culture or subculture of collusion.

Collusion takes hold when two (or more) individuals co-opt their values and ethics to support their own - and others' - mis-deeds. Allowing another's collusion, by omission or commission, is a mis-deed! Think enabler.

When colluding or enabling collusion, we allow ourselves and others to engage in unethical or inappropriate (not to mention potentially self-destructive) behaviors in order to gain acceptance, approval, recognition or security and to feel emotionally and psychologically safe.

Collusion is saying (but not out loud), "I'm going to let you behave the way you want or need to so I can feel good about our relationship even though I know my behavior and your behavior are unethical, inappropriate, self-destructive, and out of integrity."

Collusion is behavior we commonly associate with "fraud." Workplace collusion is fraudulent insofar as one is living a lie and supporting another to live his or her lie. Colluding is "fraud" on a deeper level as it relates to who we are and how we conduct our relationships with others. Think integrity.

What Does Collusion Look Like?
In the everyday working world, there are various flavors of collusion. General expressions or behaviors that reflect collusion are things like, "giving to get", "you scratch my back and I'll scratch yours", "going along to get along" and "one hand washing the other".

We collude when we support and pledge allegiance to an unethical or incompetent leader, manager, supervisor, direct report or co-worker so we both can feel emotionally safe with each other. If I collude, the other(s) will appreciate my support and feel seen and I'll experience his/her appreciation, which allows me to feel seen and accepted or be "OK" in some way in this unethical and inappropriate (dysfunctional) relationship.

We collude when we share insider information with only a select few so I'll be viewed as caring about them and they will feel they're special. When I collude with them, I feel in control, and secure; they feel acknowledged that I chose them. We are being duplicitous and inappropriate in our actions of giving and receiving. Think narcissist or hypocrite.

We collude when we verbally gang up on a third party through bullying, sarcasm, or gossiping, experiencing a false sense of connection and camaraderie with our co-colluder at the expense of the third party.

We collude when we withhold honest and forthright comments about inappropriate behavior in a feedback session for fear of alienating another whose work we respect. By resisting the truth, and perpetuating another's false belief that his/her behavior is acceptable, we "play the game" of mutual respect while perpetuating our phony relationship of mutual "like."

Why Do We Collude?
Collusion is about lying to protect our oft-fragile egos instead of showing up in integrity. The curiosity is why we collude.

We all experience a degree of deficiency – some more, some less. We all sense we are not "enough" or are lacking in some way. It's the human condition. However, we have two options in dealing with our sense of lack or deficiency:

1. We can choose to "work" on our colluding to understand it and our underlying motives for colluding, and take conscious steps to effectively reduce and eliminate it so we can show up authentically, in integrity, and self-responsibly. Or,

2. We can deceive ourselves and ignore, deny, and resist telling the truth, hoping to keep our relationship with our self and with others emotionally intact. We ignore "the elephants in the room", wearing blinders to what needs to be done said, heard, felt and seen - hoping that denial will "keep the emotional peace" and perpetuate the co-dependent or dysfunctional relationship.

The Basic Problem With Collusion
Collusion is a progressive drug. We need to lie and collude more and more to maintain the false feeling of emotional safety. When we collude, we are ever "vigilant," fearful with whether we will be "found out." We are constantly worried and concerned whether our co-colluder(s) will have a "conversion," fearing we'll be "outed."

So colluding is exhausting, requiring an inordinate amount of physical, emotional and psychic energy, continually shoring up relationships that have no true foundation built on trust or truth.

The Antidote for Collusion
Colluding is corrosive to one' head, heart and soul. The antidote is twofold: to seek understanding of the reasons (excuses) why we refuse to tell our self and others the truth, and then set our intention to tell the truth when often we would rather resist.

Meaning, happiness, and true friendship most often appear as the top responses to the research question, "What's really important to you at work?"

Some questions for self-reflection

Mary C. Gentile, in "Giving Voice to Values: How to Speak Your Mind When You Know What's Right," says: "One of the most powerful lenses through which to view values in the workplace - and one of the most powerful sources of the strength and confidence to act on those values - is the lens of self knowledge. A knowledge of oneself allows the crafting and embracing of a desired self-image. Managers at all levels in their firms report that a significant enabler of values-based action is the clarity, commitment and courage that is born of acting from our true center, finding alignment between who we already are and what we say and do."

Think internal coherence and integrity. Most folks say they want to experience "meaning" in their work, to behave appropriately and ethically, and align their life at work in the direction of "True North." Yet, many of these same folks find themselves conflicted every day – their values ideals and expectations up against those of the organization.

Simple, but not easy - you can't collude and expect to find real meaning, real happiness and real relationships at work. Thinking you can is the epitome of collusion and self-deception.

What makes a great leader?

What we can learn from awful managers

Workplace values must be valued – by all