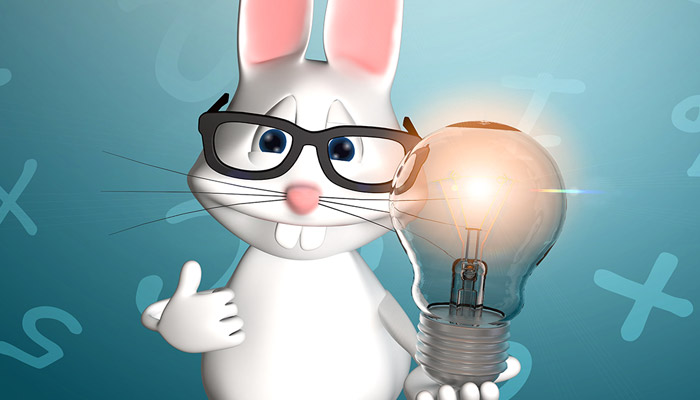 However loud organizations shout for "more innovation", they often don't make it any easier for innovators to be heard or new ideas to be taken seriously. Nothing is more frustrating than having a good idea or coming up with a real innovation, but then finding that it gets rejected out of hand.

It helps to remember that resistance is normal. So don't get demoralized, get smart.

Any important new idea will have to work its way through the four stages of resistance, and the more important and creative the idea, the more resistance it will face.

These stages are each quite different, so smart innovators develop tactics for dealing with them, particularly stages 1, 2 and 4 which are usually ignored.

Stage 1. Blind. In the first stage of resistance, people literally don't see the idea, because they're paying attention to things that seem more important, and so ideas that don't seem relevant to this are filtered out and ignored.

When people are in this stage, a crisis can be really helpful because it opens people's eyes to the need for change, just as the credit crunch opened bankers' eyes to the structural risks they'd been ignoring when business was booming.

Stage 2. Frozen. In the second stage of resistance, people are aware of the need for change or the proposed idea, but they are insufficiently motivated to act, so come up with all sorts of excuses like "it's too risky, or "it's too expensive", or "it's not my priority" This stage is frustrating and an innovator can waste a lot of time trying to address people's concerns, only for them to raise another one.

People are frozen about the idea because they're afraid that, from a personal point of view, the costs of change outweigh the need to change. These costs include the obvious financial costs, but also psychological factors like "how much effort will I have to put in to assess this idea?" or "will I look stupid if it doesn't work?"

There are many different techniques for breaking through this stage, but simple changes in the way the idea is explained can be surprisingly effective.

For example, imagine an innovator has cleverly spotted that by radically changing the way the company does things, their company could double its profit. It looked promising in some initial quick tests and they're buzzing with excitement. What should they say to their manager to get permission to take it further?

I find that because creative people like exciting ideas and tend to be focused on what a huge difference their idea could make, very often they will say something like:

Unfortunately this just increases the manager's concern about the level of effort and risk involved in making the change, without giving them any hint of the benefit of the idea. The innovator would get a much better reaction if they calmly said something like:

"This idea should double our profit margin. It has worked well in initial tests and we'd like to take it to the next stage."

This statement is equally true, but is much more motivating than the first, because it's clear about the potential benefit while being reassuring that the idea's already been shown to work at some level. It unfreezes the recipient because action feels both imperative and safe.

Stage 3. Interested. In this stage, people are at last interested in hearing more about the idea, so the innovator will be asked to come and explain it. This should be their big opportunity to share their excitement, but I find that surprisingly often they will have been so ground down by the resistance they faced in stage 2 that they down-play the vision in an attempt to make it seem less risky, and then bore the audience rigid with a longwinded discussion of the detail.

Unfortunately this is often counterproductive because their audience promptly decides that the upside doesn't justify the investment.

The innovator is much more likely to get a good reception if they can explain in a few words (nine is a good target) why the idea is exciting and will help the business. There will always be areas of uncertainty and risk, but these can often be put to one side by openly discussing them and plans to deal with them.

HOW TO GET YOUR IDEAS ADOPTED

Understand why it's so difficult to get a new idea adopted and how to get your ideas taken seriously and put into action. For more ways to deal with the resistance: see Anne Miller's book, How to get your ideas adopted (and change the world). Now available in paperback, worldwide.

Stage 4. Embedded. When the idea's been successfully presented, the innovator is often tempted to relax and bask in the glory, but this is a mistake. Just as good intentions to go on a diet or stop smoking will so often fade away over time, the pressures of normal life are likely to progressively overwhelm their audience's interest in the new idea.

A skilled innovator will realize this, so will continue, quietly and persistently reinforcing and supporting their idea, until eventually it becomes embedded and feels so normal that people will say, "haven't we always done it this way?"

Now, at last, the innovator can look back on their work with pride.

Focusing on problem-solving can lead to complacency

I have been working with this problem in different projects of business development or restructuring of organisations. And one of the arguments you will meet on you way is 'We have tried that before and it did not work' The resistance deliver you a argument formed as a statement that leaves you with the problem. But the trick is to return this and ask them 'What went wrong then? Why didn't it work? By doing that, you will implement them in the process of avoiding resistance and they will most likely contribute to a better solution of the problem/issue. This will motivate them and they will certainly appreciate you for listening to them. If you idea or project is good, they are likely to become a loyal team member. Tore Roeen SIIRA CONSULTING www.siira.no