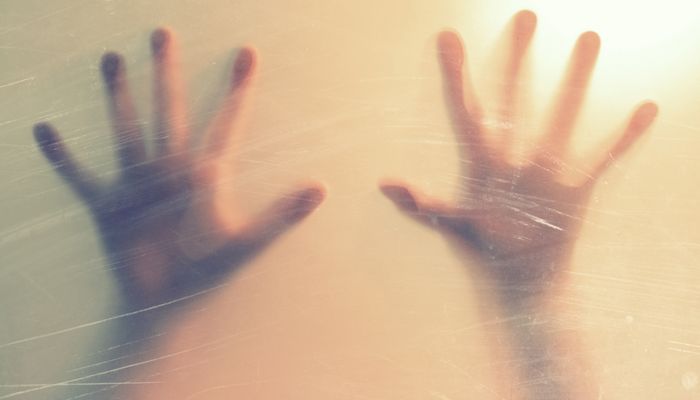 Hands behind glass from Shutterstock.com
Feb 25 2015 by Myra White Print This Article

Corporations do an admirable job of perpetuating the idea that they run on reason and not emotion. Important decisions are announced using carefully-worded statements which suggest that the decisions were immaculately conceived by pure reason independent of the cognitive frailties of its executives.

Every time a corporation lays-off workers and embarks on (yet another) restructuring, we hear the same generic reasons: things like, "due to the current financial crisis we are forced to reduce our workforce." These reasons give a superficial impression of rationality even if most don't survive close analytical scrutiny. They are meant to reassure, to reinforce the notion that these decisions were made after top executives carefully reviewed the facts and weighed the pluses and minuses of various courses of action.

They're also meant to perpetuate the myth that the highly paid executives who run these corporations are immune the emotional stressors that impair the thinking processes of other mortals. And it is a myth. Despite the rational veneer that corporations try to attach to major decisions, the executives who make them are impacted by stress just like everyone else and are equally prone to making hasty ill-conceived decisions in the heat of the moment.

These executive functions which reside in the prefrontal cortex are critical to higher-level reasoning. They help us direct and maintain our attention, remain focused in the face of distractions, plan future behavior under conditions of uncertainty, anticipate outcomes and use feedback - all cognitive activities that are essential to complex decision-making.

Under stress these functions breakdown making it hard for us to carefully think through complex decisions. We have trouble concentrating, make short-sighted and biased judgements, and have difficulty accurately assessing the potential risks and gains associated with different courses of action.

So instead of carefully reasoning through problems, we rely on encoded memories of what we have done in the past or what we remember others doing in similar situations. Decisions to layoff workers or restructure, which is often used to mask layoffs, illustrate this reliance on encoded memories. Layoffs and restructuring are old solutions that have been used for years by executives as a quick way to make their balance sheets look better. They are based on a consideration of primarily one factor affecting company profitability, namely payroll costs.

Such decisions do not reflect the careful reasoning that occurs when we fully engage our higher level executive functions. If it did, executives might hesitate to choose layoffs or restructuring as a solution to their woes because of the powerful adverse effects they can have on the long-term health of a company.

For example, one of the largest adverse effects of layoffs is lost productivity from the psychological trauma that ensues. Once employees get a whiff of potential layoffs, they stop focusing on their work and instead devote their energies to speculating on whether they are on the bottom 20% hit list. The man-hours consumed by employee stress and worry are enormous. Productivity in targeted departments and divisions typically comes to a grinding halt.

Moreover, the adverse effects don't end once layoffs are completed because layoffs often cut out the heart of employees and reduce their commitment to the company. Employees feel betrayed. The company's grand mission statements and proclamations of core values that used to periodically arrive in their email boxes with the CEO's name attached now appear to have just been meaningless verbiage.

As consequence, talented employees who survive layoffs often leave to find a company that they can trust to act in accordance with its stated mission and core values.

Similar problems follow from restructuring. Most proceed like the Wild West. Expensive consultants arrive and chop out layers based simply on costs and revenue streams. The company's mission statement is tossed to the wind and employees are left in limbo as to whether their jobs will be preserved. Managers are shifted into jobs that they don't know how to do and don't want to do but accept just to keep a job.

As with layoffs, employee anxiety levels skyrocket and productivity plummets.

Executives need to think about how they can insulate themselves from stress-based decision making. One way is to use their brain's executive functions to plan ahead during good times. Economic down-turns have been around for centuries and in this age of hyper-competition they are not likely to disappear.

By deciding on possible courses of action before things fall apart and stress strikes, executives can avoid the hasty and often panicky decision making that often occurs when they must make decisions in a state of crisis.

Myra White teaches managing workplace performance and organizational behavior at Harvard University and is a clinical instructor at Harvard Medical School. She is the author of "Follow the Yellow Brick Road: A Harvard Psychologist's Guide to Becoming a Superstar", a book based on her research into how over 60 well-known people became superstars.

The psychological contract during the downturn

I welcome the analysis but the solution is a little unrealistic. The culture of the top management is important particularly if the restructuring may affect them and fear motivates the reaction to the crisis. Crisises are inevitable and contingencies should be planned for including downsizing. The current evidence of flexibility to staff changes (temporary reduced hours/sabaticals etc) is a sign of more rational thinking. The issue of motivating, engaging, involving staff including senior management is still much neglected in many organisations. If the magnitude of stress is high the board should take this as an important issue and think creatively how executives can be protected from its excesses (e.g. specialised counselling) However there are times when the crisis is so sudden that there is no alternative to downsizing and the senior management must be seen to be subject to it as well as driving it.

Most financial crises are 2 - 3 years in the making and there are many early warning signals that detect performance problems.

If the management team had been doing its job and monitoring key performance indicators, the small problems could have been caught and addressed before they became big problems.

With all the management/finance training and affordable information technology available today, there is absolutely no reason why 21st century management teams are not using the tools of turnaround management while their firms are still healthy or just beginning to decline.

Why wait for trouble? Practice turnaround management every day.

Reduce working capital, maintain weekly cash forecasts, understand performance drivers and put them on a dashboard. Create value by calculating the return on invested capital BEFORE undertaking a project. Change the culture to one of engagement. These steps are all undertaken once a firm is in trouble.

So much less painful to be vigilant and proactive than complacent and react to crisis situations.

How regret can be your friend

How stress can lower your cultural intelligence

Keep the rust at bay

Managing stress at the top

Bad management decisions and the recession