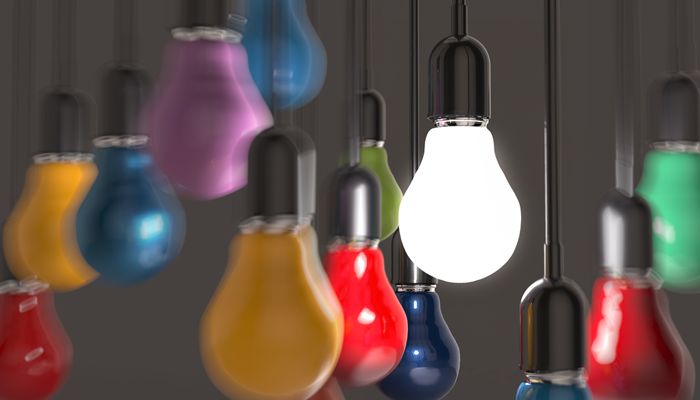 Image from Shutterstock.com
Apr 19 2018 by Max McKeown Print This Article

Most innovation happens because someone wants a better way of doing something that matters to him or her personally. So most individual attempts to innovate are makeshift, quick fixes. They not ideal but reveal what the user can accept and at least one solution that works. This is particularly true in down-turns and recessions where people attempt to do more with less, so managing, through necessity, to create solutions that didn't exist before.

In India, the CEO of the giant Tata Corporation noticed people meeting their transportation needs in a dangerous, yet creative way, "I observed families riding on two-wheelers - the father driving the scooter, his young kid standing in front of him, his wife seated behind him holding a little baby"

This kind of wild, improvised quick fix is common enough in Indian culture to have its own name. 'Jugaad' is a Hindi word meaning a 'quick-and-dirty work around'. Quick fixes that become necessary because of a lack of resources, crazy bureaucracy, or because the existing solution doesn't meet people's needs.

Local Jugaadu, people who are good at quick fixes, build Jugaad cars, wooden carts with engines converted from water pumps. On the bad side, a top speed of24mph and the brakes that fail much of the time. On the good side, there's no road tax and the $1000 price tag is just within reach even in a country with an average annual wage of $1700.

The CEO, Ratan Tata, inspired by the Jugaad quick fixes wanted to build a "safe, affordable, all-weather form of transport". He announced his company would design, build, and sell a fully functioning modern motor car for only $2,500.

Because they were able to see the various Jugaad solutions in practice, the designers made clear-headed decisions to not provide conditioning, electric windows, or power steering, and in a bold demonstration of 21st Century Jugaad, uses plastics held together by glue.

Ratan has been able to deliver a people's car for India, more than a century after Henry Ford did so with his Model T and eighty years after Professor Porsche designed the Volkswagen (literally people's car): All three aimed at getting the ordinary worker into modern, affordable, personal transport.

Quick fixes point to real customer needs more accurately than focus groups. It provides shortcuts to ideas that have been pre-tested. Sometimes the user innovator, our Jugaadu, uses unmodified equipment to do innovative things. Sometimes equipment is customized to do standard things better. All those improvements do something that is useful to the innovator and to others who face the same problems. They are original ideas with a proven market.

Going to the place, hanging with the user-innovators, is what manufacturer innovators, people who want to benefit from ideas by selling them, should do. This is particularly effective when the user-innovator is jugaading with a product ou already sell to create a new spin-off version or a completely new category.

It's what Ray Kroc did to save his business. He had mortgaged his home to buy a milkshake machine franchise with innovative products that did not appear to have a market. It was hard work to sell even one machine to anyone so he was shocked when he found out that a single restaurant had bought eight of his machines!

He flew to California to see for himself. He visited the McDonald brother's hamburger restaurant and found that were using his milkshake machines as part of an amazing innovation. They had created the world's first factory-style assembly line for fast food.

Kroc came looking for an opportunity to sell more milkshake machines. He found an opportunity to be part of the fast food innovation of the century. Fifty years later, the expansion he started had more than 31,000 McDonald's restaurants worldwide.

Reinventing The Wheel Is A Good Thing

It's easy to think that something is so simple that you couldn't improve it. So unimportant you wouldn't make any money perfecting it. So low tech your intellect would be wasted even thinking about it. So low margin, or low volume your company would never make a dollar, yen, or euro. Think that. Be wrong.

Kumho, a Korean tire maker, keeps reinventing the humble tyre. They first did it by altering its colour so that customers could co-ordinate their tyres with their vehicle paintwork. Then they did it with the world's first 32-inch tyres for SUV adornment. And they did it again by creating tyres that produce red smoke inspired by a video of car drifting. The chemists invented a secret compound and within six months, the tires were wowing people in drifting competitions.

By paying attention to customer lifestyles, particularly in a recession, you can create limitless variations of any product. By adjusting details of a product to reflect new tastes and fashions, you can increase profit margins and follow the popularity curve of new trends.

In the bad old days, Nike organised around product categories: shoes, apparel, and equipment. Now, it focuses on sports, tribes, and activities. One shoe is for cricket players in India, another for lacrosse players, another for Native American athletes. There are more 13,000 different products. All they sell are reinventions of shoes, sweats, shorts, and socks: $16 billion a year and still growing.

Each reinvention involves innovation. Nike's first breakthrough product came by pouring rubber into a waffle iron to make soles that provide better traction. It continued to grow with the Air Jordan shoe, first introduced in the mid 1980s, with its patented system developed by an independent inventor with pressurized gas inside polyurethane heels. Nike labs later created anti-shock plastics for heels and pro-bounce plastics for toes. Its competitors offer shock reducing springs and computer chips to cushion joints.

Reinvention of the sports shoe is possible to meet the preferences of individual sports, nations, age groups, genders, fashions. The possibilities for reinvention are endlessly extended by advances in material technology (what it is made of) and production technology (how it is made).

Now, Adidas, Nike, Reebok, and Converse all offer an individualised service that measures your feet in-store then delivers your made-to-measure shoes within a few weeks. So what element of your product could you customize?

Without 'low-tech' products, there would be no market for most 'high-tech' products. Consumers do not buy material and production technology directly because they offer no direct benefit. They are useful when packaged into products that consumers want. This is the innovation chicken and egg - meeting consumer demand requires better technology while improved technology can produce new products that drive consumer demand. Buyers and sellers of technology have a mutual interested in working out how to offer innovation to consumers.

New markets require reinvention of the same type of product. Heinz, once famous for their 57 varieties, now has more than 1,000 products. In 2000, they even started to introduce ketchups in blue, red, green, purple, pink, and orange colours. Each new colour saw its market share increase. Fashion food (until it went out of fashion).

New tastes within the same market also require innovation. A Canadian man reinvented snack food when he created the first high-energy bar for athletes in his kitchen. The company, Powerbar, now has products for warming up, competing, and recovery. Scientists mix carbohydrates, vitamins, minerals, fibre and protein in a blend designed to meet the body's needs. Intelligent food.

Gillette reinvented the safety razor in 1895 by making it disposable. Transforming the shaving category from a specialist service to a personalised mass-market. It has continued to reinvent in response to innovation, in anticipation of innovation, and to grow the market. It was the first to launch a razor marketed to women, the double-blade razor, pivot point, lubricating strip, spring-loaded blades, micro fins,triple-blades, battery powered disposable razor, five-blades, and rear-trim blade.

The lesson is that you can reinvent any product. My advice to you, and your CEO, is that reinvention of one product category often leads to a new category. You can figure out ways to package new technology into products to cater to new tastes and create new markets.

But remember that the majority of successful innovations in your lifetime will start with user innovators. Find them and use their quick-and-dirty Jugaad solutions as basis of new products, new services, and new markets. Pay attention, because in tough times, people will invent rather than buy, experiment rather than live with the status-quo.

The four obstacles to corporate innovation