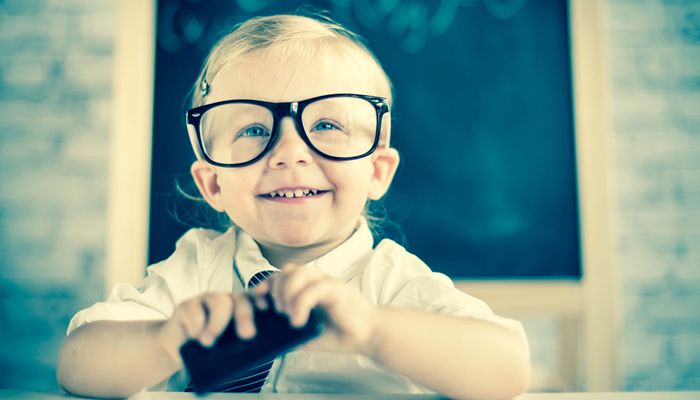 At the beginning of my management and training career, I was fascinated with Howard Gardner's Theory of Multiple Intelligences. Essentially, this argues that there are several kinds of smart in the world (seven to be precise) and the kind they measure in school is only one of them - or two, depending which test you took.

This was both a huge eye-opener for employers trying to identify quality employees (my stated reason for looking into the theory) and for those of us who tried to get our parents off our backs about low grades (an added bonus and one my own kid will not be able to get away with, true or not).

I was so interested in this that I actually became one of the field editors for the Multiple Intelligences Handbook at Project Zero - a high point of my career and a shocking lapse in their usual high standards for participants.

As I continued to deal with people, though, I realized that not only are there employees out there with unappreciated intelligences, some of these people are downright geniuses in a strange kind of way. Their ability to function at high levels in their areas of expertise and complete inability to work and play well with others is worthy of examination by someone much smarter than me. Nevertheless, my low-rent field study reveals the following:

The DNA Identifier: This person has the uncanny ability to pinpoint the source of any problem at a genetic level. They can fix blame for any problem in about 10 seconds. Most families contain someone who can tell you precisely who is to blame for any failing: "oh you are just like your Uncle Frank….". My mother was one of these.

In the workplace, they know who is responsible for what. Any amateur can blame IT for everything, but these people can nail it down to the exact cubicle and even name names.

This is often a reflex action. Brain scans reveal a bright red spot in the brain next to the amygdale that goes off when anyone tries to incorrectly (or even accurately) pin the blame on them for anything that happens.

Two things you need to know about these people: 1) they can be incredibly divisive and non-productive and 2) they are right a frightening amount of the time. Ignore them at your peril.

The Human Weathervane: Just as that little rooster on the top of the barn can tell you which way the wind is blowing these people can detect even the most microscopic change in influence through a company. One minute these people will be your best ally and the next they won't return any email with BCCing someone who really matters.

While MRIs can't pick up this trait at work yet, their migratory patterns in the lunch room can reveal small changes in the power structure, if not the org chart. Which table they sit at is the best indicator of who is on the rise in the company. You can track a direct line of sight connection between where they sit and whoever matters most. So if you can't see their eyes while you eat….. that's not you.

The Atomic Calipers: Companies run on metrics, of course, and in a well-run organization everyone knows the things they're measured on.

Some people, however, have the seemingly super-human ability to know not only what they're being measured on but exactly how they hold up against those standards. What's more, they will do (with atomic precision) just enough to say they accomplished the task. Not a jot more will be done - unless of course it's performance review time and then you can bet your last breakroom doughnut they'll have documentation proving they reached the "exceeds expectations" level. But only barely.

You'll also notice these people have an amazing understanding of time. Everything is done on time. Exactly on time.

These are the only people in any organization who have read the employee handbook cover to cover and are often covered in highlighter ink from their diligent research.

If sucking up is an intelligence, these people are Einsteins. They have an uncanny recollection for important dates like children's birthdays and performance review day. Their almost psychic powers of anticipating plum assignments - and avoiding lousy ones - are the envy of lesser mortals.

These people are often recognized early in life as the kids who say things like, "teacher, you forgot to assign us our homework today".

I'm not sure this is what Gardner intended, but just as nuclear proliferation was the unintended consequence of E=MC2 , his work has results no one expected. "I'm not a whiner, I'm exceptionally gifted at problem identification. Solving them is someone else's gift." I love that.

Funny and truth in the same article. Application to family and work, too. Thanks Wayne.

I enjoyed the post and your sense of humor. My confirmation code to make this comment was: 'shipwrecked.' I hope this is not an omen!

David Zinger Winnipeg or out at sea

Confessions of an ENFP Lion-Otter hybrid

Avoid your animal tendencies and be a great manager