Are you managing your boss? 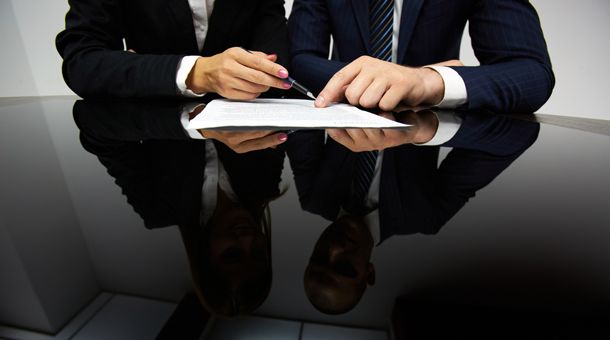 Image from Shutterstock.com
Jan 19 2018 by Myra White Print This Article

The classic caricature of "The Boss" is a person standing with their arms folded looking disapprovingly down at an employee and asking, "Did you finish the project that I assigned to you?" This caricature portrays bosses as authority figures who have the power to judge us and damage our careers. They are "the powerful" and we, as employees, are "the powerless."

Embracing this caricature can lead us to forget that our bosses need our help so they can look good in front of their own bosses. They are just as dependent on us as we are on them.

This recognition that our relationship with our boss is mutually dependent was first discussed in 1980 by John Gabarro and John Kotter in their classic Harvard Business Review article, "Managing Your Boss" - a seminal work that is still read by Harvard Business School students.

The article points out that "managing your boss" doesn't mean manipulating your boss but rather building a cooperative working relationship with him. When you do this, you are no longer powerless. Instead, you become an active participant in shaping your relationship with your boss and ultimately increase your ability to advance your own career.

Managing your boss requires that you understand your boss's needs and working style and the pressures he faces. Collecting this information involves detective work. Bosses frequently fail to clearly articulate their priorities and expectations, and many are unaware of their preferred working styles. Thus, it is up to you to figure them out.

Here are key questions to pursue:

What are your boss's priorities and expectations?

Employees often incur the displeasure of their bosses by spending too much time doing the wrong things. Usually this is not their fault but rather is due to their boss being vague about what he needs and when he wants it.

To avoid this trap, when your boss assigns you a task, find out its priority level and what your boss expects. This may not be easy. Some bosses are annoyingly unclear and don't want to spend time explaining the details. In such situations, you must take the initiative. This may mean scheduling a meeting with your boss to discuss objectives or sending him a detailed plan of action to review.

If your boss is particularly difficult to pin down, then you may be able to collect this information from people who have worked with him. Similarly, being attuned to the organizational pressures on your boss can also provide valuable clues to your boss's priorities and expectations.

Are you using the right channels to communicate with your boss?

How much information does your boss want?

Some bosses want copious detail about everything that you are doing including elaborate background information. Other bosses just want a brief overview. They become impatient when you launch into elaborate explanations.

What are your boss's hot buttons?

Everyone has "hot buttons"- little things that people do that annoy them. Often these "hot buttons" are hard to anticipate but you need to watch your boss closely to see what pushes his hot buttons. At first you will probably inadvertently stumble on them, but what is important is that you don't repeat such blunders.

Bosses vary in the degree to which they want to be involved in what you are doing. Some want to hear about every glitch and expect to be consulted about all decisions, no matter how minor. Others don't want to hear from you unless there is a crisis or a major decision has to be made.

In many cases your boss's level of involvement will change over time. As he learns to trust you and feels that you understand his needs, he will become comfortable delegating more decision-making power to you. When this happens, you will know that you have truly learned how to manage your boss.

Myra White teaches managing workplace performance and organizational behavior at Harvard University and is a clinical instructor at Harvard Medical School. She is the author of "Follow the Yellow Brick Road: A Harvard Psychologist's Guide to Becoming a Superstar", a book based on her research into how over 60 well-known people became superstars.

Confessions of an ENFP lion-otter hybrid

The error of our ways

Leaders today understand that effective communication is of the utmost importance, but they fail to check that the message they are conveying is understood in the way that they mean! One aspect of communication that often goes unrecognized is the 'non-verbals'. By this I mean how you look and how you sound when you communicate. Without effective eye contact, varied intonation, pauses and talking at a volume and pace that ensure the recipient can hear and consolidate the information being transmitted a GAP is created between what the speaker wants to convey and what the recipient understands. There is a potential mismatch in the expected outcome!! It is the GAP that creates ambiguity and a lack of understanding about what they are supposed to do with the information. As such they may well deliver work that does not meet the boss's expectations causing conflict and potentially more barriers to successful communication. ark consultants work passionately with our clients and get them back to basics. We focus on total congruence with the message, body language and voice. The results are phenomenal, the impact of the communication improves immediately, employees become totally engaged and feel more confident with what is expected of them. As a result discretionary effort increases and everyone is more productive. Focusing on basic communication development is a total WIN-WIN for everyone. www.arkconsultants.net

I have read your article which is really very good and very practical. Thank for helping peple.

When you're not 'their boss'

Leading when you're not the boss

How can I work in this vacuum?

How do I deal with my duplicitous boss?

How to be a good boss

How to select your new boss

10 things your boss hates about you

Battling against a bad boss

It pays to have a powerful boss