Confessions of an ENFP lion-otter hybrid 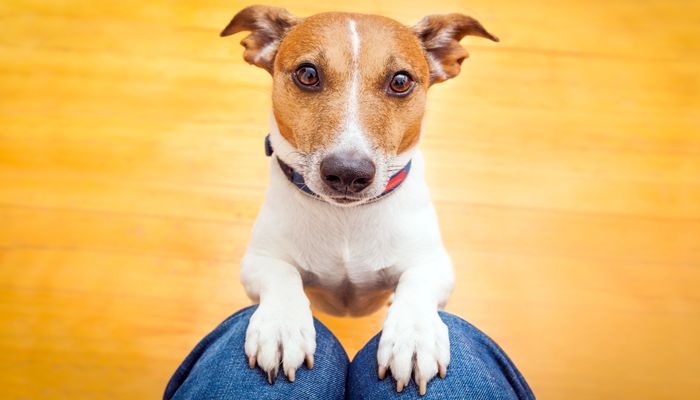 Image from Shutterstock.com
Sep 01 2017 by Wayne Turmel Print This Article

I have officially taken every personality profile known to man. Other than telling me that I'm an ENFP, Independent-Working Blue-Green Lion-Otter hybrid, the one thing they have in common is unanimous agreement that I DO have a personality.

I know I can be cranky, stubborn and have the occasional tantrum. I am also caring, a good parent, and occasionally have an original thought. I know this, of course, because I have it in writing. The verdict sits in front of me in the form of hand-written forms, email print-outs, photocopied workbooks and very impressive 4-colour pamphlets.

I have self-assessed and been looked at by highly trained professionals as well as whichever gremlins lurk behind internet profiling. It's either an algorithm or someone in Lahore who insists his name is "Bob" but I don't think it really is.

Yes, I have officially taken every personality profile known to man. The one thing they have in common is unanimous agreement that I have a personality. According to many when I was single, I actually have quite a nice personality, which is decidedly not a compliment when one is trying to get lucky but I've made peace with that. Fortunately I'm married and getting lucky is seldom an issue any more. But I digress.

Personality profiling, of course, is something almost anyone of a certain pay grade has experienced. Sometimes we're put through the process when we apply for a job to make sure we're a good "work-style" fit. Sometimes it's to ensure we "mesh culturally" and occasionally it's done post-hiring as part of team building so that we understand each other and can work better together.

Officially, the testing business really got going in World War 1 when the US Army introduced IQ testing as part of their recruiting. It made sense- after all you wouldn't want stupid people offering themselves up as cannon fodder in the trenches.

In fact, the Greek doctor Hippocrates did the first cut a couple of thousand years before, by stating there were four personality types. He called these 'humours': Sanguine, Choleric, Melancholic, and Phlegmatic.

Now, naming personality traits after bodily fluids may seem strange to enlightened people like us, but is it any more ridiculous than some of the other measures these tools come up with?

After all, the Myers Briggs that we're so familiar with looks at four personality areas and assigns them letters. For the record, in MBTI- talk I'm an ENFP- an Extroverted, Intuitive, Feeling, Perceiver.

This means I'm very well suited for work as a writer (yay) and badly suited for life in the corporate world (a problem since I like to feed my family). You would think that would be enough for anyone, but no.

The Work Styles Profile tells me I'm an "Independent Worker" with a strong "Project "streak. I'm unsure what that means other than I'm completely unsuited to the job I've had for over 20 years. Joke's on me I guess.

If I take the "True Colors" profile, I'm a Blue-Green. This means not only am I a charismatic person with a strong moral streak, but my wife won't let me in the living room because I clash with the drapes.

My favorite personality test was designed by Gary Smalley and John Trent and breaks me down by animal types. Seriously, you can be a Golden Retriever, a Lion, an Otter or a Beaver. Apparently I'm some sort of Lion-Otter hybrid ( I can only assume a particularly memorable Christmas party at the zoo) and while I'm a lot of lovely positive things, suited for my job isn't one of them.

Basically, I'm just darned lucky I didn't start taking any of these assessments until I was secure in my job or I'd have never been hired since I'm apparently completely wrong for it, all those good performance appraisals notwithstanding.

Of course, companies won't tell you that they use these tests to exclude anyone from jobs or lump them in categories. The fact that at one client I worked with 92 per cent of their first line sales managers are ESTJs on the Myers-Briggs instrument is, they assure me, purely coincidental. (That's a real number by the way, not hyperbole).

Many people claim they don't test for any other reason than to help people assess their own skills and work better with the people around them. An example is "Strength Finders" which I actually found useful.

I got some feedback from my boss that I was spending too much time asking questions about how we got into a particular situation and I should just accept that things were what they were and stop trying to place blame.

I took the assessment only to find that my number one strength was "Context" - which is true since I'm all about the big picture and not exactly news. The good thing is it didn't stop me from asking questions, but she could no longer get on my case since what was previously an annoying habit was now a "strength" to be nurtured.

Maybe these aren't so bad after all. I'm not too lazy to put together a spreadsheet, I'm just not an "S", so get off my back. I'm not a pushy, insensitive lout - my DISC profile is a Driver and it's how the Good Lord made me. And that big stack of sticks and mud in my office- I'm not a slob that's just my inner Beaver.

Now if I could just convince the wife I didn't have such a nice personality….

"Man's main task in life is to give birth to himself, to become what he potentially is. The most important product of his effort is his own personality" - Erich Fromm

"I yam what I yam"…. Popeye the Sailor

So how the hell did that happen?

Thanks. This really encourages me to get in touch with my inner Beagle.

'The fact that at one client I worked with 92 per cent of their first line sales managers are ESTJs on the Myers-Briggs instrument is, they assure me, purely coincidental.'

I'm not sure you should be surprised to find a majority of sales people to be ENTJ's, although 92% may be rather high.

One would expect salespeople to be E since they need to be able to use a phone and/or talk to people nearly all day.

S's are three time more common then N's so again no great surprise and N's, especially NT's, are attracted to technical roles.

TJ's are naturally attracted to business and particularly corporations.

What percentage to expect. My guess would be 80-90% E's, 80-90%S's, 80% TJ's which I think gives about 50%-65% being predicted as ENTJ. Your high figure is probably due to senior sales execs picking clones of themselves.

I know where you are coming from! Every test i have ever taken i am almost exactly mixed between all of them. Do i have a personality at all, or just a lot of them? Thats what i always think but i like to believe that i am just well-versed in all!

Maybe you could start by recognising that 'the wife' is a person and not an article with whom you have no relationship?