Crafting your resume? it's all about image

As a career consultant, I review scores of resumes. They are intended as the 'best foot forward' of eager, bright and experienced business professionals. But all too often they are mediocre at best. Why? They recreate work history without the slightest attention to the image they convey.

A resume is much more than your work history. It paints a picture, or image, of you for the hiring manager. Every title, phrase and verb you use causes a potential employer to make assumptions about you that either detract from, or add to, your image.

No less important, strong image has a significant bottom-line impact: it creates a case for a higher, rather than lower, salary.

A recent client, Carrie Ornheimer, learned this lesson the hard way. A health care professional, Carrie had sent out a classic "work history" resume for the past year, netting few interviews and zero offers of employment. It portrayed an average worker-bee image, yet my initial conversation with Carrie revealed that she had uncommon experience and results that were light years beyond her 33 years and the specific titles she had held.

Carrie's biggest mistake was strategic. She crafted a "chronological" resume. Chronological resumes are traditional "work history" resumes with most recent experience first. They are excellent for seekers with a stable work history (two to four companies), and top-notch experience that matches the job being sought.

Alternatively, skill-based resumes cluster skills under "umbrella" headings and de-emphasize work history by putting it at the end of the resume. This approach is best if your job titles are weak, or your work history is erratic, has gaping holes, or is concentrated in a single company; it is also appropriate if you are changing careers.

Once you make this strategic decision, use these five image-building tips:

1. Use titles or skill headings that BEST enhance your image. If your job titles are strong, such as Director or Vice-President, use them; if you're job titles are weaker, substitute skill headings instead. Another client, Todd Washington, successfully used this approach by replacing his title of Product Manager with the stronger skill heading of Global Product Development.

2. Always remember you are marketing yourself. Like any good marketer, ask "Who is my target audience and what do they want to hear?" If you are responding to a job ad, take your cue from it and use the same descriptive words that appear in the ad. Avoid shot-gunning all of your qualifications in hopes of snowing the reader – it can be quite counterproductive.

3. Use specific details and accomplishments to enhance your image. For example, Carrie Ornheimer changed "redeveloped Horizon's BC/BS's Awards and Recognition program" to "revamped how Horizon BC/BS responded to national award opportunities, resulting in an increase in awards won by 500% in one year."

Other strong specifics include significant people you've interacted with, your scope of responsibility, awards and honors received, and P&L or budget accountability.

4. Don't be shy. If you did something once, you did it. For example, if you managed even one project overseas, you are a global manager. Or, as in Carrie's case, if you temporarily held an "acting head" role, you have that leadership experience under your belt. This is not to encourage dishonesty (more and more resumes are being fact-checked all the time) - this is about owning your accomplishments – even if they are not evident in your job title.

When your resume draft is complete, give it the eye path test. Do the high image items pop out? If the answer is no, target those items that lower your image and make appropriate changes.

Your resume is too critical to your job search success to take unnecessary chances. If you have not done the appropriate research or are not skilled in this arena, without question, pop for the $200 - $300 to have it and a cover letter crafted correctly. In the long run, you will save considerable time and money by landing a job with greater income potential - faster - than by struggling alone. 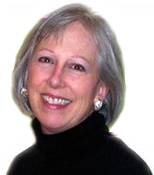 Why do we hire good people, then squelch them?

The 'dark side' resume

The evolution of resumes: are you keeping up?

Things not to say on your resume

Smile - you're on video