An intriguing study by the Norwegian School of Economics and Business Administration shows how a family's first born is destined to become a higher achiever than younger brothers or sisters.

Similar conclusions can be reached by looking at how the first employees recruited by small firms climb the corporate ladder faster than workers who join later.

The Norwegian report analysed how the eldest child gained the best grades at school, won a place to a prestigious university, and landed a good first job.

While ability is obviously important, the study found that the first child usually does better because he or she gets more attention from the parents and becomes the dominant force in the family when other children arrive.

There are clear lessons to be learnt from this when examining how companies handle relations with their employees, which can be usefully applied to the four million or so smaller companies in the UK.

Small firms function on similar lines to most nuclear families – there is a strong head of the firm commanding a role similar to the head of the household and there is also intense rivalry and internal competition.

Like families, small companies produce tight, often unique cultures. They become small worlds operating under their own rules. Strong working practices are developed as the companies conduct battle in the market place. The weak perish – just as in the family the sickly child will quickly get left behind and command less respect from the stronger members.

But the very act of struggling to stay afloat can drive staff together rather than apart. There is nothing like knowing your firm has battled against the odds and lived to fight another day. Knowing that you and your colleagues have done their bit creates a strong and valuable corporate bond.

All this is reassuring for the owners and directors of the companies concerned. But there are undercurrents which they need to be aware of which is where the analogy with the nuclear family comes into play.

If the eldest child does best in life does the same apply to employees in smaller firms?

And the issue is this – if the eldest child does best in life does the same apply to employees in smaller firms? Does the first person hired do best? Does the firm put more effort into helping this person succeed? And does the influence of that individual within the company make it more difficult for other employees to succeed?

I think, based on many years of experience of dealing with smaller companies, that the answer to these points is 'yes'.

Undoubtedly there is much agonising which goes into hiring the first employee. Once the founders have set up the business, especially if it is their first venture, they will debate long and hard about the first outsider to be hired.

They will require someone with a strong sense of responsibility, someone who can be relied on with flair and imagination, but who is also capable of adapting to the culture and regime imposed by those original founders.

Like the first born, the first employee will command the full attention of the founders while later recruits will probably feel more distanced from the board.

As firms grow, the first employee will inherit a large degree of so called 'founders' rights' – meaning he will enjoy a degree of largess that other staff might consider unfair. And so the seeds of discontent are sown.

Managers should be on high alert for just this change in the structure. They should be wary about allowing a culture to foster where new recruits feel there is an 'old guard' which they must respect and treat with kid gloves.

Founders must be aware that with each new employee, the firm changes. New staff are not joining the initial organisation but one that has evolved over time. It may be the case that the firm has developed to such an extent that the original employees are no longer skilled enough to hold down their jobs and lack new disciplines required to lift the firm into a higher league.

The chief problem will be cultural, however. Ineffective management will lead to a collapse in workplace morale. If they allow these barriers between staff to develop they will be acknowledging that there are two distinct divisions – the privileged old guard and the rest. This will lead to an unhealthy working environment and a breakdown in communication between various layers of employees.

How do companies spot this happening? Some tell-tale signs of trouble ahead will be normally happy and vocal staff who start to clam up at staff meetings. They will be less enthusiastic about the prospects for change. They will nod politely at suggestions from management but make none of their own.

If you do not work hard at getting them to express their hidden resentment it will lead to more 'by the book' behaviour which can eventually spell the long and protracted demise of your business.

The other consequence of favouring the first born in the workplace is that even fairly fresh staff will decline to offer management new ideas or useful suggestions towards the firm's development.

As most small companies sadly remain small, bringing about change and keeping their products and services fresh to meet changes in the market is essential for their survival. It is vitally important that everyone is pulling in the same direction at the same time. Petty disputes are not just disruptive but in a small company they can have fatal consequences.

My experience with struggling small and medium-sized companies shows that they can get more than a little inbred. The key objective for all SMEs must be to avoid becoming inflexible and ill-adapted for change. In today's rapidly changing business world, "fleet of foot" should be the way they would want to be described. 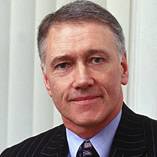 Nick Hood is the senior London partner of Begbies Traynor Group, the UK's largest independent business rescue and recovery specialist. He specialises in conducting business reviews and turnaround assignments for mid-corporates and SMEs.

Entrepreneurs plump for friends, not family

Keeping it in the family

Chairing the board: it's an empathy thing