When the honeymoon is over

After a year in a new job, many staff start to feel disenchanted and their thoughts

turn to whether they should stay or leave the company.

That was the key finding from a survey of over 80,000 British employees carried out by Best Companies Ltd as reported recently in The Sunday Times. They called this 'the honeymoon effect'.

What hurts even more is that after a couple of years staff are usually performing at their optimum level, having benefited from their training and it is expensive to replace them.

But while they are most susceptible to leaving for more money after this honeymoon period, it is not always feasible or advisable to try to hold onto people by offering them more cash.

Extra money can work, but only in the short term. So how do your keep staff motivated when giving them more money is not a viable option? The goal is become a preferred employer so that people choose to stay even when offered (some) more money elsewhere.

How do you do that? A good place to start is to consider the times earlier in your career when you were most motivated. What conditions were in place then? Which of those are in place now for your staff?

Here are some of the factors that were important when I think back to the role where I was most motivated - setting up and running a new department:

Try asking your people how they feel about the level of challenge in their current role and what adjustments they would like to see.

3. Results
My results were was tangible – reports, forecasts, projects completed. Refer to measures or put them in place. Can they see the progress they are making?

5. Appreciation
I felt appreciated – rarely more than a few words, once a spontaneous bonus. Tell them what you value about their contribution. This seems to be a deep, deep need but some bosses feel that the money alone ought to be appreciation enough. It isn't.

6. Interest in the person
I felt valued beyond my role. They knew about my family set up and sent me flowers when I got married. Learn 3 non-work things about each person and write them down discreetly if you need to. Find things in common to create more connection. One client told me how impressed he was that his boss asked after his son by name – a seemingly small thing but not to him.

7. Listen
I knew that I would be listened to and that my opinion counted. Listen even if you don't agree – they will be more likely to support your decision.

8. Aspirations
My boss and his boss knew what I wanted and were willing to consider supporting me in going for it provided I passed certain hurdles. Do you know what your staff want? Not all solicitors want to be equity partners. Find out what they want and give them opportunities that will help to get them there or point out how some of their current projects will help them.

9. Delegation
I was trusted to get on with stuff and allowed to get it wrong. Involve your staff in setting their goals and defining processes.

10. Appraisals
Treat appraisals as seriously as a key business project. I've lost count of the number of people who have complained to me of their boss postponing their appraisal meeting yet again at the last minute. This sends a clear message that they don't count.

Some of these things take time, focus and effort to put into place, especially if you are not used to it. However the bottom line is that it is cheaper and more satisfying in the long run than the alternative of endless recruitment and training of people who then join your competitors. 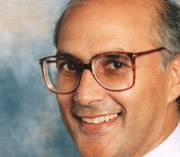 Bill Ford is MD of Coaching Directors Limited; a London-based firm providing executive coaching for people at or near board level.

Best of the bad

Paying your staff to quit

One in five employees quit within the first two years

Be careful about marrying after one date

Work-life balance the key to retention

Does your desire for change itch or burn?